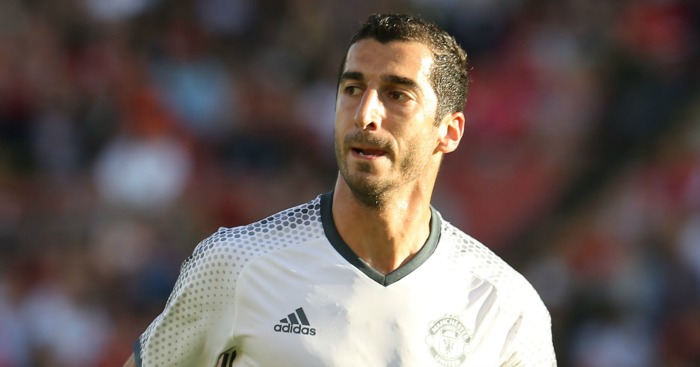 As the season edges closer, teams are working tirelessly to push transfer deals over the line. While Premier League experience is a plus, a number of sides are tapping into the European market to bolster their squad. Here, WhoScored.com looks at the best Premier League newcomers this summer of those to make 20 or more appearances across Europe’s top five leagues and the Eredivisie last season.

GK: Ron-Robert Zieler (WhoScored.com rating 6.87)
Despite his best efforts, Ron-Robert Zieler was unable to keep Hannover 96 in the Bundesliga last season. The former Manchester United trainee failed to register a Premier League appearance prior to his departure from Old Trafford in 2010. Now back in England with champions Leicester, the 27-year-old could once again struggle for game time, what with Kasper Schmeichel established as Claudio Ranieri’s number one for the Foxes. Nevertheless, Leicester have snared themselves an experienced shotstopper, who ranked second for saves (148) and third for crosses claimed (36) in Germany’s top tier last term.

RB: Antonio Barragan (6.56)
There are few full-back newbies welcomed to the Premier League so far this summer, with options in the position thin on the ground (more on that later). Antonio Barragan moved to Liverpool a little over 10 years ago, but, like Zieler, failed to register a Premier League appearance before moving on to pastures new. However, he is now back in England under Aitor Karanka with the returning Middlesbrough. Despite a somewhat dismal campaign for Valencia, Barragan in an experienced full-back, who averaged a respectable 2.3 interceptions per league game in Spain last season.

CB: Eric Bailly (6.92)
The first big-money signing at Old Trafford this summer, Eric Bailly comes in to strengthen a defence that conceded the joint-fewest goals (35) in the Premier League last season. The 22-year-old is an imposing figure at the heart of the defence having been dribbled past just six times in 25 league appearances last season for Villarreal. Furthermore, Bailly is a commendable performer when bringing the ball out from defence. Of players to attempt 15 or more dribbles in La Liga last term, the Ivorian had the best success rate (93.8%), reinforcing his statistically calculated WhoScored.com strength of ‘dribbling’. Still far from the finished product, Jose Mourinho has the managerial capability to help this diamond in the rough gleam.

CB: Joel Matip (7.32)
Schalke have endured a period of stagnation since their DFB-Pokal win in 2011. The departure of Joel Matip to Liverpool is unlikely to help their cause in the coming campaign, with the Cameroonian a mainstay in the Schalke XI last term. Having agreed to move to Anfield in January, Matip is a player Jurgen Klopp will have been familiar with during their respective stints in Germany. The 24-year-old’s reading of the game is a stand-out trait, with him making the second most interceptions (106) in the Bundesliga last season. Having placed top for shots blocked (33), the Reds faithful will undoubtedly take to Matip quickly, with him expected to become a regular feature for Liverpool this coming campaign.

LB: Jeremy Pied (7.30)
Jeremy Pied followed Claude Puel to Southampton from Nice, with his arrival confirmed late on Monday night. While a right-back by trade, the fact that there have been no left-back signings from abroad this summer – coupled with Pied’s seven starts on that side of defence in Ligue 1 last season – means he comes into the Premier League newcomers XI at left-back. Joining as a free agent, the 27-year-old was a consistent performer in France’s top tier last term, making the third most tackles and interceptions combined (221). Indeed, he will provide solid competition for Cedric Soares and Ryan Bertrand at right and left-back, respectively.

RM: Henrikh Mkhitaryan (7.90)
A host of teams were tracking Henrikh Mkhitaryan this summer and United won the race to sign the Armenian last month. Mkhitaryan enjoyed a hugely successful season for Borussia Dortmund with his WhoScored.com rating (7.90) better than any other player. The 27-year-old registered the most assists (15), created the most clear-cut chances (27) and won the most WhoScored.com man of the match awards (11) in the Bundesliga last season. He will provide the creative spark United lacked last season, with his inventive qualities expected to boost the club’s chances of domestic dominance once more.

CM: Ilkay Gundogan (7.43)
Ilkay Gundogan misses the start of the season after sustaining a dislocated kneecap earlier in the year, but Manchester City fans are hoping he can rediscover his best form when he does return to full fitness. The Germany international provides energy and drive from deep midfield, with his dribble success rate (68.4%) the third best of Bundesliga players to attempt 50 or more dribbles last season. City boss Pep Guardiola is a big fan of Gundogan and needs the midfielder to return to top form following his recovery if both player and manager are to enjoy success in their debut campaign in England.

CM: Granit Xhaka (7.35)
The Bundesliga has become a happy hunting ground for Premier League teams this summer, with Granit Xhaka the first to make the move from Germany to England. The Switzerland international enjoyed a commendable Euro 2016, which will have appealed to Arsenal fans. One of the finest distributors of the ball in Germany last season, Xhaka ranked second for passes per game (82.7) and first for outfield players for accurate long balls per game (7.4). His capture hints at a return to a more direct Arsenal side, though the 23-year-old needs to curb his ill-discipline following his move to the Emirates – he was one of four players to receive three red cards in Europe’s top five leagues last season.

LM: Nolito (7.44)
The second summer signing through the City door this summer, Nolito enjoyed a fine final campaign for Celta Vigo before securing his switch to the Sky Blues. Second for accurate through balls (14) and WhoScored.com man of the match awards (9) in La Liga last season, Guardiola has signed a player he knows well, having allowed the Spain international to move on to pastures new during their time together at Barcelona. Now an established star, Guardiola can call on a more refined Nolito to fulfill the necessary duties on the flank, with the 29-year-old best suited at cutting onto his right foot from the left wing. Indeed, of the 12 league goals he scored last season, 10 were with his right foot.

CF: Zlatan Ibrahimovic (8.29)
Arguably the Premier League’s biggest import during the off-season, a number of English football fans have been waiting to see Zlatan Ibrahimovic ply his trade on these shores and their wish has since been granted. Only Luis Suarez (40) netted more goals than Ibrahimovic (38) in Europe’s top five leagues last season and it took just four minutes for the charismatic Swede to net on his first appearance for United. Ibrahimovic has a soft spot for new manager Jose Mourinho, with whom he worked at Inter. While together in Italy, Mourinho brought out the best in the 34-year-old, who gained the third-best WhoScored.com rating (8.29) in Europe’s top five leagues last season.

CF: Vincent Janssen (7.52)
Confirmation of Vincent Janssen’s arrival saw the Dutchman become the first striker Tottenham have signed since Roberto Soldado’s forgettable switch in 2013. Spurs fans are hopeful the youngster’s impact can be far greater than the experienced Spaniard. The path from Eredivisie to Premier League is a well-trodden one and there are perhaps concerns over how Janssen will fare in England given the mixed success that comes with swapping Dutch football for English. The 22-year-old scored more goals (27) than any other player in the Dutch top tier of football last season and, importantly, he adds competition and back-up to Harry Kane for a regular starting spot at White Hart Lane.