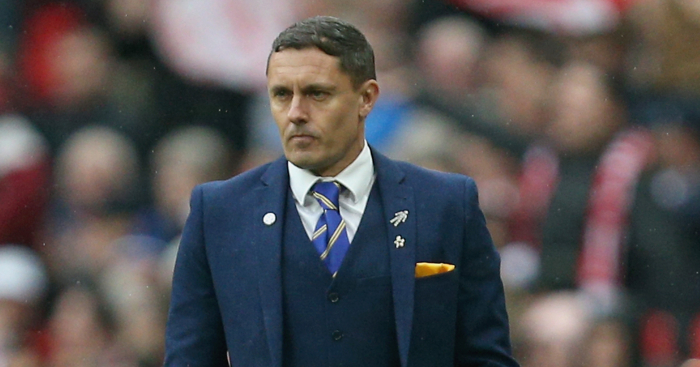 Ipswich have confirmed the appointment of Paul Hurst as their new manager in place of the departed Mick McCarthy.

Hurst has left Shrewsbury, whom he guided to the League One play-off final after achieving their highest league position in 27 years.

Ipswich owner Marcus Evans told his club’s official website: “Following what has been an exhaustive search I am delighted to announce Paul Hurst as our new manager.

“His skill, experience and reputation enhanced by his recent success at Shrewsbury had placed him, from the start of the process, on my shortlist of candidates.”

The appointment comes less than a week after the Shrews’ unexpectedly successful campaign came to a disappointing end with defeat to Rotherham at Wembley.

And it is not without controversy after Shrewsbury chairman Brian Caldwell accused the Championship club of making an “illegal approach” for Hurst, despite granting permission for the two parties to speak.

Hurst, who will be joined by his assistant Chris Doig at Portman Road, previously guided Grimsby back into the Football League in 2010.

Hurst said: “I’d like to thank Shrewsbury for giving me the chance to manage at League One level.

“It was an unbelievable season and just disappointing that we couldn’t cap it off in the way we would have liked to.

“I’m ambitious and I can’t wait to get going and test myself at a higher level. The building blocks are here and it’s my job to move the club forward. I’ll be doing my absolute best to do that.”