Home Mailbox Did Ireland and Scotland get really complacent? 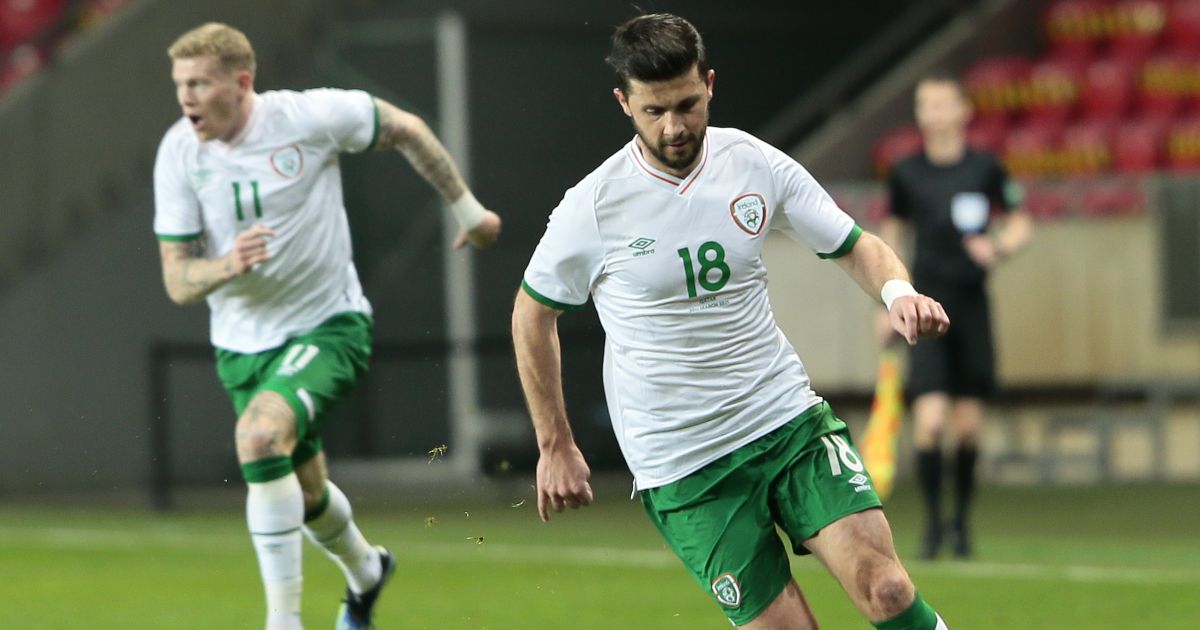 We are lucky we got this far into the international break without the mails entirely drying up – even from Ireland. If you ever wanted to be in the Mailbox, this is your chance. Mail us at theeditor@football365.com

Rising tides not floating all boats
When I was growing up, before we got to play Sunday football on the Marshes, we played football everywhere and anywhere. Any street or park, two jackets would be thrown down at each end, teams picked and off we would go. At our school, where we weren’t allowed a full sized football, someone would have a tennis ball in their pockets and, again, off we would go.

While we may have played or worked on a Saturday, everyone watched Match of the Day and the following day would try something they saw in the highlights. This was never more true than when almost every free kick on Sunday at the Marshes, was an attempt to re-enact the Coventry City ‘Donkey’ goal that Carr and Hunt pulled off against Everton and was subsequently banned.

Today, though, we don’t see football (or many sports) played in the streets in the same way we did then. Too much competition, not just from other sports, but TV, video games, social media, etc. What was supposed to be the conveyor belt of football has long gone.

While Ireland’s current demise is not new – it’s been up and down for years – you wonder whether the ‘granny’ rule left Ireland thinking and hoping it could always capture someone from the broader Irish diaspora, rather than finding local talent. It wasn’t just a grab for players, as anyone who has relatives in Ireland will tell you, when arriving, the customs people will say ‘welcome home’ – as do your relatives – as if you’ve lived there all your life. A genuine gesture to ‘one of their own.’

Worse than Ireland’s current demise, and more disheartening, is the drop-off in Scottish football. When England were still playing prehistoric football, the Scots were deploying tactics that modernized the game. Scotland exported managers and players all around the world and their enlightened approach saw the rise in football and tactics in places like Hungary and South America. We saw the ‘Lisbon Lions’ win the first European Cup by a British side – with players all from within 10 miles of Celtic Park. Something we will never see again. Every top English side had a Scottish core and many Scottish managers. Scotland went toe-to-toe throughout the 60’s and 70’s, being the first team to beat England after they won the World Cup in 1966 – at Wembley.

Recently, England used the excuse that fewer English players got into club sides following the success of the EPL and the influx of ‘foreign’ players. The Germans claimed they couldn’t win unless the national team and club teams aligned their playing philosophy. And almost every nation has a reason to bemoan their shortfall – including other sports ‘stealing’ the best players. The success of the EPL has also meant fewer Irish and Scottish players plying their trade for top English clubs.

England decided to throw off the shackles of the Hughes long ball philosophy (that it took so long to disprove his poor data analysis is criminal in and of itself) and not just create a national centre but to update and align its football strategy. We are now seeing the fruits of that investment as many great young, talented and well-coached players are winning at youth levels and now playing in the EPL and for the national team – as long as Southgate doesn’t screw it up. So less playing in the streets, less people playing the game, more competing sports, yet the game is improving.

A recent writer who claimed the gaelic sports are ‘stealing’ all their players with the funds being invested into the Dublin team, seem to miss the point that football is still the most played sport with 8.8% of men compared to Gaelic football at 3.4%. And not sure Camogie would actually impact the men’s game. The FAI budget is some €40m which dwarfs that of the other sports – but they do get other funding from the Irish government. So yes, the FAI have been woeful, but few would give the English FA great marks – especially given the amount of funds invested in the new Wembley – that could have improved the game.

The saying, the rising tide lifts all boats, could be applied to world football. FIFA are rightly maligned for many things, but increased exposure around the world has meant that football is played to a high level in many more countries. Smaller/lesser countries hired coaches from larger countries to improve their football acumen. Perhaps the bigger challenge is that nations like Scotland and Ireland have to compete on an ever bigger scale now. So perhaps in their case, the rising tide may not be so helpful.
Paul McDevitt

Oh Aidy…
Seeing Aidy’s comments about the U21 job being impossible saw me swearing at my phone. Granted it may be difficult to suffer from players going to the senior squad but why does that make it impossible? Other nations with smaller player pools cope!

It does raise good questions though about the FA, Gareth and Aidy. How the national set-up is organised inc style, formation. They could be doing this already but surely you want the 21s mixing with the senior squad as a group as much as possible. Then when squads are selected and travelling to games they select the two best 11s. There could be other reasons but why aren’t our best kids playing for and trying to win the Euros if they aren’t guaranteed to play an integral part of the World Cup qualification games?
Peter (I’ll take the “impossible” job), Canberra 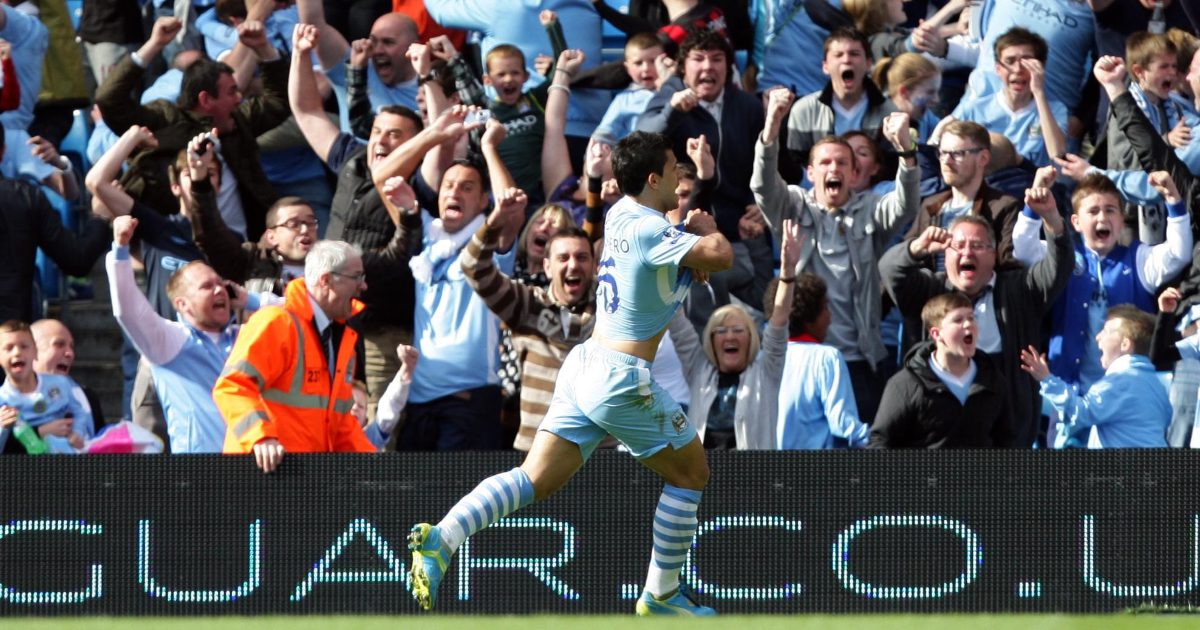 Where were you?
Lots of talk on the radio today about where you where when the ‘Aguerroooo’ moment happened.

I was fishing in Cornwall and at about 4.45 got a text from my mate Paul, a tour guide and Man U fan: ‘Life doesn’t get any better than this, just on my 3rd pint of Guinness at the Guinness factory in Dublin, listening to Man Utd winning the league’

I texted him back a couple of minutes later.
Joff, Barton Gooner

Where was Russia fuss?
While I agree with the sentiment behind a boycott I can’t help but feel that people are being very selective (unless it’s my memory that is selective).

Not quite getting Mediawatch
Correction re the article of players who were better for country than club. Sven did not take Darius Vassell to City, Stuart Pearce did. Imagine if Neil Custis made such an error, Mediawatch writers would be w*****g themselves blind.
Rob, Guangzhou

Who’s will Fordy man doesn’t have a clue