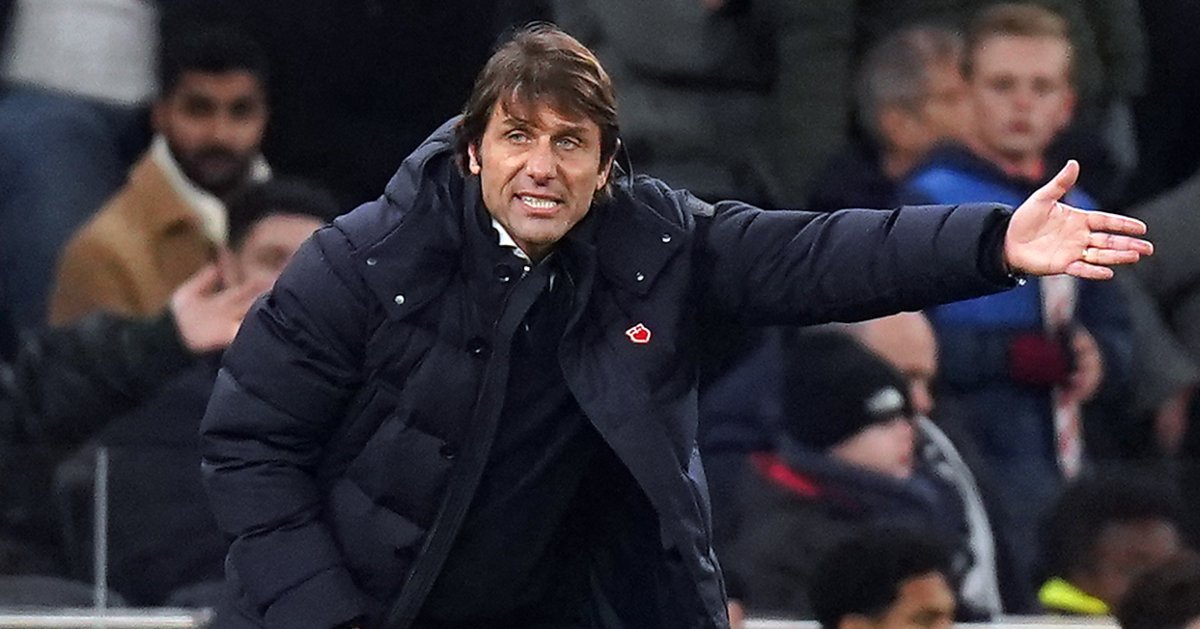 Perhaps more by luck than judgement, Daniel Levy might just have the ideal man for the current situation.

There was a narrative – back in the bad old days of ghost games and canned crowds, when football stumbled perfunctorily on for the sole sake of its own subsistence – that insisted that the usual rules no longer applied. That what made a team function pre-pandemic had been temporarily upended and some weird wartime economics had taken its place. There wasn’t time to implement anything meaningful on the training ground. The spoils instead went to whoever could eke the most from their knackered, protocol-drained players.

And there was some truth in the notion. Solskjaer’s United went the season unbeaten away, fuelled only by nostalgia, social media engagements, and occasional world-class quality from occasional world-class players. Klopp’s reigning champions lost 7-2 to Villa, and went on a season-derailing run around the turn of the year. Even that arch-anti-footballist Mourinho appeared relevant again, the game having regressed to such a pared-back version of itself that his Spurs side found themselves briefly top of the table.

Yet, by the end, near-normality had been restored. The league had been won at a canter by a meticulously drilled, striker-less Man City side. Liverpool remembered they were good and finished strongly, whilst Spurs remembered they were shit and finished in the Conference League, minus Mourinho. Thomas Tuchel – nobody’s idea of a molecular genetics enthusiast, bluffing his way through management in his old boss’ old blazer – rocked up and organised the living heck out of a ragtag Chelsea side, to the point that they won the Champions League. And United? Well, yeah. As above.

Because what the dystopian misadventure of last season taught us was that while playing football through an apocalypse is a different experience, it’s really not that different. To the narrative, a half-truth. Yes, a delicate grasp of the feelsies might have been disproportionately important, but boring old staples like tactics and shape were still fundamentally necessary.

Enter Antonio Conte. Announced – albeit in Spanish – in those heady pre-omicron days where all things seemed possible, Conte may well be the perfect man for whatever it is that comes next. Either by luck or a masterstroke of foresight, Daniel Levy has found himself stood next to a fella with the only gun and all of the rations, just as Armageddon strikes. Because Conte’s management is the apex blend of those two things: psychological alacrity and tactical quality.

Despite his comments after Spurs’ loss to the mighty Mura, that “it will take time to bring Tottenham back”, their tactical improvement in just seven games suggests that the process is already well underway. They are eminently more solid at the back than during Nuno’s tenure, with Conte’s back three keeping three clean sheets in five Premier League outings, but more striking is how much more potent they look going forward. Whilst having less of the ball than their opponents in four of those five, Conte’s Spurs have scored as many as Nuno’s did in half the games. A combination of swift counter-attack and a forward-looking midfield has forged them quickly into an attacking force, somewhere close to the sum of their considerable parts.

Conte has form here. There is a misconception, seemingly plucked from literally nowhere, that Conte’s sides are defensive. Yet his Inter side scored 89 goals last term – mid-pandemic, let’s not forget – and his title-winning Chelsea of 2016/17 netted 85. He has consistently got the most from the attacking players at his disposal. Mirko Vucinic was top scorer during Conte’s first two Scudetti. And his transformation of Romelu Lukaku from bewildered battering ram to the most fearsome striker in world football was nothing short of miraculous.

Lukaku, like basically everyone to have worked under Conte – except perhaps notorious gentleman Diego Costa – has been effusive in his praise of the Italian. And whilst much of this cites his tactical nous, he has also described him as a father figure. Unlike top brass, with whom things do generally end acrimoniously, Conte’s players absolutely love him. Because he is a man of extreme emotional intelligence.

From his first home game at Spurs, during which Spurs came back from an abject first-half performance to beat Leeds, the fact that he understands the importance of football’s less tangible side became abundantly clear. With it being far too early in his reign for any impactful tactical alterations to take effect, Conte went full ringleader, whipping up the crowd to aid his ailing players. And in a more subtle sense, he has continued along the same lines since.

Watching Spurs v Liverpool at the weekend, it was impossible to escape two key impressions. Firstly, that this bonkers game of murderball had a real bucket-list energy, with 22 men tearing around like this could be their last. And secondly, that what you were witnessing was similar to peak-Poch Spurs. Harry Winks was getting on the ball and influencing the game, Dele Alli was running and driving and doing fun things, Harry Kane scored the kind of goal he practically patented.

And for all three, the transformation is both emotional and tactical. Winks has looked devoid of confidence, yes, but has also previously been given too defensive a brief. Kane clearly lost his mojo somewhere between Florida and Enfield, but here he was playing far more advanced, where he can make things happen. And for Alli, who Mourinho first made a project, then a scapegoat, it was the impetus of his running beyond Liverpool that caught the eye.

All this with some of the worst covid complications in the league, a closed training ground, and real tactical work “impossible”. With this level of disruption likely to become the norm, and a condensed fixture schedule inevitable, this season bodes better for Spurs than it does for others. Because in Conte, they have a manager who genuinely seems to get what is required.