Home Everton Is Barkley ‘special enough’ to be excused? 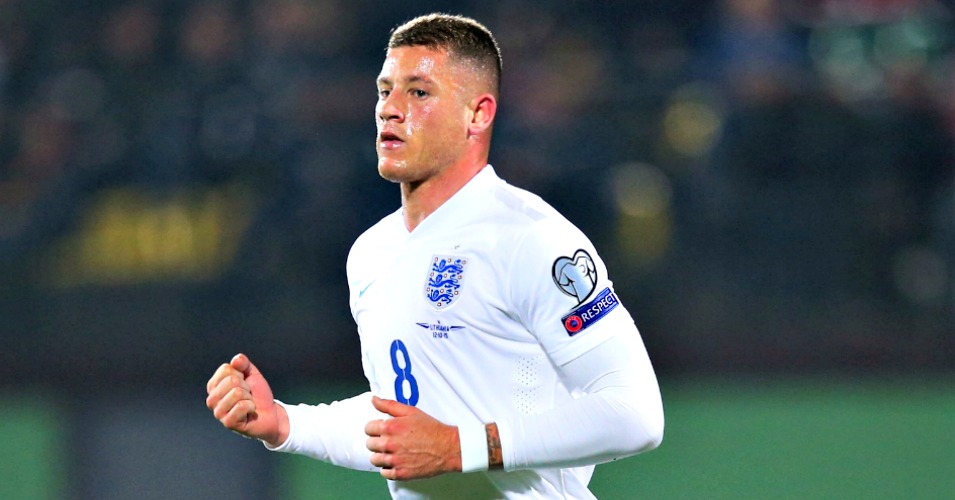 “People will look at what Ross does ­defensively, but what I always look at is what he can do offensively against these types of teams. If England want to just wait and get set and have the ball, then Ross is not special. We have got to that point where Ross Barkley knows how special he is and what he does.”

A simple quote from Roberto Martinez, but one which elicits a number of questions: Does it really benefit Ross Barkley to know how ‘special’ he is? Is he truly ‘special’ enough to render any defensive duties obsolete? Is Barkley so one-dimensional he only works when playing in one particular system which suits him? And, perhaps most pertinently, is Martinez aware he is describing his own approach at Everton rather than England’s?

Still in its embryonic state, this has been an oxymoronic season for Barkley, one of underwhelming promise. I lamented the predictable comparisons made with Wayne Rooney and Paul Gascoigne back in October, and the 21-year-old has since seldom impressed. Does his manager at club level know how best to use him?

Martinez’s comments on Wednesday did not represent the first time the Spaniard had advised Hodgson on how to get the best out of Barkley. The Spaniard spoke of a need to “ensure the team suits Ross” 12 months ago, while he delivered the following missive ahead of the 2014 World Cup:

“We have to allow him room to develop and let’s not put too much pressure on him. At the moment he is perfectly suited to playing in the No 10 role, but in time he will develop into the complete midfielder.”

The latter comment was in response to perceived criticism of Barkley by Hodgson after a typically promising but sloppy performance against Ecuador last June. “He’s got drive, he’s got energy, but he’s got to learn when to release the ball,” the England manager had said. “For every good turn there was a time when he lost the ball and put us on the back foot defensively.” A perfectly fine and levelled judgement; you’d be forgiven for thinking it was Hodgson, not Martinez, who coached the midfielder each week at club level.

With three goals and three assists so far for Everton, this season already represents Barkley’s joint-highest in terms of productivity. Although they have since tailed off on a more familiar disappointing tangent, his early performances evoked fond memories of his breakthrough campaign two years ago. Yet it feels as though the 21-year-old has achieved it in spite of his club manager, not thanks to him.

For although Martinez may bemoan England’s plodding, possession-based style of play, believing the team must be built around Barkley’s counter-attacking verve, the Spaniard fails to realise his Everton side are set up to play in exactly the same way. While only Leicester and Newcastle can match the Toffees in terms of their goalscoring exploits on the break (three goals each this season on the counter), Barkley makes more backward passes per game than any of his team-mates (21.75). For comparison, central midfield pair Gareth Barry and James McCarthy make 15.1 and 19 respectively; Romelu Lukaku averages 16.1, Arouna Kone produces 11.4 and Gerard Deulofeu makes 6.1.

The latter, Deulofeu, has turned up the pressure on Barkley considerably in recent weeks. His one goal and five assists equal the Englishman’s return, having started seven fewer Premier League games.

“People will look at what Ross does ­defensively, but I look at what he can do ­offensively against these sorts of teams. These international teams when they lose the ball, there is space, but you need pace and power to break into that space. Ross gives you that. Those four seconds as soon as you win the ball, who can affect the game then in transition? He is the best in the business. But if England don’t want to play like that, if they just want to wait and get set and have the ball, Ross is not special. Depending on how they want to use him, he will be influential or not for England.”

Martinez’s comments on Everton’s ‘diamond’ were, at best, ill-advised and contradictory. At worst, they uncover a manager unaware of his own style, and for whom any semblance of his supposed star man’s responsibility or defensive duties have been dangerously suppressed as a mere footnote.

Barkley has featured in every minute of Everton’s league campaign so far this season, making an average of 0.8 tackles per game. Only Deulofeu, Romelu Lukaku, Arouna Kone and Kevin Mirallas have made fewer for the club so far this season. The former trio’s attacking output warrants a diminished defensive responsibility, while Mirallas has been cast aside as a bit-part player.

Of the 18 Premier League players who have played at least four games in Barkley’s attacking midfield role this season, only Dimitri Payet, Georginio Wijnaldum, Jack Grealish and Bojan make fewer tackles, only Wijnaldum, Wayne Rooney and Ola Toivonen make fewer interceptions, and yet only Philippe Coutinho registers more shots. Stats often form a crude base for an argument, but they evidence a diminished defensive role which Barkley’s figures do not warrant.

To reduce his defensive duties to little more than a passing dismissal is negligent, rendering Barkley a ‘luxury’ player. For an attacking midfielder with such relatively poor productivity, he is one which managers can seldom afford.

It is clear that Barkley’s reluctance to help out defensively is a directive from his manager. In four England games under Roy Hodgson so far this season, Barkley made the second-most tackles against San Marino, made the most clearances against Switzerland, and only Kieran Gibbs gained possession more times against Lithuania. With two goals and two assists across those four games, Barkley managed to couple his obvious attacking talents with defensive duties. It can be done, and not to the detriment of his game, Roberto.

In truth, most managers would have dropped Barkley for Everton now if basing their team selection on merit. However, Martinez’s infatuation with the midfielder renders that unlikely, and Barkley must instead battle through a run of poor form which could threaten his side’s own performances. What is frustrating for Everton fans is that he looks a different player, a more confident player and a more rounded player in an England shirt and under a manager willing to treat him not as ‘special’ but as a team player. Where Martinez is famed for his development of young players, it’s the old-timer Hodgson who is showing the Spaniard how best to use Barkley.

The message is clear: People who live in glass houses shouldn’t throw Stones, and nor should they sound so confused when discussing his club and international team-mate. Martinez insists Hodgson should use a particular style to suit Barkley, neglecting to realise Everton play in a remarkably similar way. And yet Barkley’s performances for club pale in comparison to his impressive showings for country. It should represent a worry for Everton fans, but it’s a promising trend for the England faithful.