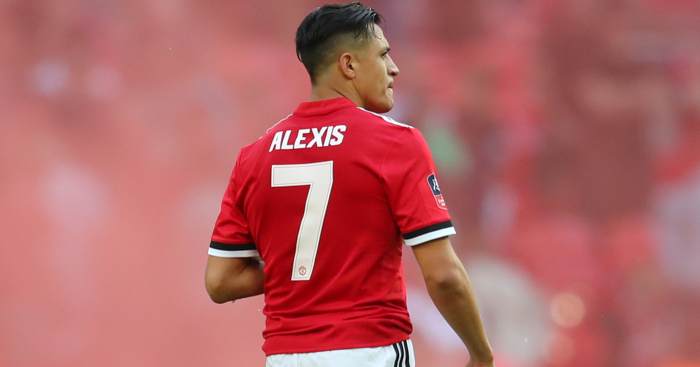 Send your mails to theeditor@football365.com. Can we move away from Man United now?

Do Man United care if they keep making money?
I doubt there are many supporters who would disagree that Jose’s tenure at United has been like a breath of stale, fetid air, or that the atmosphere is now something a Deatheater would be proud of, or that the football is so miserable that one laments about the LVG Era.

The trouble is, you are all missing the point. This isn’t a football club, it’s a multi million dollar BUSINESS. As long as the “product” continues to generate revenue and profits, this model will continue. Jose will continue to buy 29 year old, established players to keep selling the replica shirts and that top four status.

Let’s be honest here, even United can’t compete with a country (whatever happened to FFP?) so regardless of any amount spent this summer, United were never going to win the league. Instead what Jose is very cleverly doing is managing our expectations about making the top four. And as it stands at the moment, he’s spot on. Can anyone other than the most blinkered fan see us finishing above City, Liverpool or Spurs?

Now is the summer of our discontent!
Adidasmufc

Is buying Sanchez why this has gone wrong?
So I have read in a few places that the wages, signing on fee and agent fee of the Sanchez deal have massively restricted the clubs transfer activity this summer. Given Mourinho seems reluctant to offload other high-earners (Even when they aren’t first choice and out of contract) its beginning to seem that not signing Sanchez has been a work of business espionage on City’s behalf.

It sort of reminds me of the scene from Only Fools where Del Boy tricks Rodney into buying broken lawnmower engines. City showed interest in Sanchez and Man Utd, who lack any real transfer strategy other than big names, joined the chase. City, knowing Sanchez is not worth the money, pull out leaving Utd the sole bidder. Utd know have an overpriced left sided attacker despite being well stocked there.

What Utd actually needed was a right sided attacker, the glass goblet in the Only Fools scene. City, using the funds saved from the Sanchez deal buy Mahrez, a right sided attacker who is hungrier for success, younger, has less of an ego and is on a smaller salary. They also have a better chance of selling Mahrez on for a profit.

Sanchez may well have a barnstorming season this year but it will be at Martial and/or Rashford’s expense.
Joe, Midlands

This is all so depressing for Man United fans
I thought I’d try my hand at this mailbox malarkey, specifically to vent some spleen about Jose lest my head implode. Off the bat, I never wanted him in charge. This is not revisionism or glorious hindsight, from the start I could not reconcile supporting a man who I’d actively disliked for so long and for many reasons. It seems my fears are now being realised and the situation is careering towards untenable.

Firstly his treatment of players is plain bizarre. There are arguments for the carrot and arguments for the stick, but this team is seeing so much stick they avoid forests and so little carrot they watch Bugs Bunny cartoons just to see what one looks like. It just seems so counterproductive. If my missus was constantly deriding my bedroom skills (as if…) she shouldn’t be surprised if my levels drop even further. I don’t come out of this analogy well. His comments after the defeat to Liverpool were bordering on a sackable offence in my opinion.

Surely those above Jose cannot be happy with this. From a cold hearted point of view these players are assets, the younger ones should be nourished and either become first team legends- saving millions for the club- or sold on for profit. From a fuzzier standpoint these kids are part of the United family and should be treated with respect. Ahhh. To say our touring party are there just to avoid getting thumped is the very definition of a self fulfilling prophecy (roll on Madrid Wednesday night…gulp…).

There have been transfer rumours about some of our best players, Pogba, Martial, Rashford. If you asked supporters who they would rather see at OT in two years time, Jose or that trio, I reckon 95% would think that’s a no-brainer. Furthermore which players are going to want to come and expose themselves to this bullshit? They will look at the free cuddles and hot chocolate and head to City or the other lot.

Quite importantly; the football is rank. Even in the dark days of LVG I never felt watching United was a chore as I do now. He is reactionary, safety first and negative. Throw in some specialist full backs and a different manager (lookin at you Pep…) would win the league with this group of players, or at least go close. And here’s the thing, as a club we are suffering terribly by comparison, both on and off the pitch. Pep with his skinny jeans and Jurgen with his be-whitened grin, put our hobo-chic hotel- dwelling manager into very sharp focus indeed.

I hate to use the world brand but it is being diminished. What Thai noodle producer or Hungarian condom manufacturer are going to pay to be associated with what is becoming a very underwhelming product? The sponsorship will eventually dry up. But from a purely selfish point of view I want to enjoy my football again. I demand to be entertained!

Jose’s behaviour is so odd I believe there’s one of two things at play here. Either he is getting his ducks in order, excuses in early to engineer a sweet pay off whilst trying to ensure his reputation remains (semi) intact. Or, slightly more conspiratorial, he was so miffed at being over looked after Sir Alex retired he has decided to try and take down United from the inside. He is a narcissist so not too much of a stretch.

Maybe I’ve gone a bit over the top here but I just had to get it off my chest. He’s an analogue manger in a digital age and to paraphrase Peggy Mitchell; gerrr aaaaat of my club.
Chris, Cheltenham (didn’t know these were called parentheses….)

Liverpool fans don’t trust this calamity
I’ve been loving the ride with Jurgen Klopp. An amiable, humorous and passionate guy who keeps football in perspective. The results really aren’t a matter of life and death but, whatever the destination, you want to board his train for the journey because he believes ‘why not dream?’. You could say he has pretty much cornered the market in optimism along with other managers (even Pep more latterly).

This does invite ‘the fall’, but I have witnessed the most viscerally exciting football in my career of attending Anfield since 1976. That is saying something. Johnny Nic is right to bemoan the loss of the old-skool design of the stadium. ‘This is Anfield’ with its 4 sides has avoided the homogeneity of the modern oval shaped stadia which literally has one side where passionate fans are evenly distributed and diluted. Allez allez allez et al.

Yet all this talk about Mourinho from the media and fans is making me uneasy. I don’t trust him to not know what he is doing. The guy gets the job done more often than not. Maybe he is positioning himself as the antithesis to Klopp, Poch and Pep for personal gratification and for his legacy?

However, I just can’t stop the doubt that he has hit upon a currently bizarre yet ultimately efficacious approach that will not only bring titles but sweet football. Time will tell.
David LFC

Arsenal should use Ramsey as a No. 10
An interesting analysis from Sandeep, and one that I agree with in large part. I have always believed that under AW we tended to use Ramsey far too deep.His best performances for both us and Wales have always been from almost a No 10 role, where he can make the last minute run into the box a la Lampard.

Agree wholeheartedly with his problematic “delaying on the ball/speed of thought/ and will add, occasion tendency to “flick” stupidly, and he will never challenge Mesut with quality of final ball. So I agree we have a slight problem.

But, I am hoping “Dick” will utilise a number of systems this season and Ramsey at 10 with his energy/engine and commitment generally to the Arsenal cause, is one I personally would prefer not to lose. If of course, he believes his own publicity and thinks a “bigger” Club (no such thing) will come in for him and he consequently won’t sign, sell him and add a lot and buy Dembele!
JV

Why don’t clubs try and punish agents?
The nature of modern football consumption based largely-like everything else-seems to be nuggets easily digestible via a phone or tablet.

Endless clickbait headlines like “{insert club} makes huge offer for international sensation” which turns out to be a contract renewal for an under-18 academy player who had a good showing for Latvia in a friendly, seem to be everywhere.

As a slightly concerned Spurs fan checking the Tottenham website’s ‘mediawatch’ section (algorithm chosen articles with Spurs in them, basically) there is literally no actual news. Headlines like “£70million striker perfect for Spurs” link through to a fan forum full of Twitter speculation, or the same article regurgitated by umpteen websites, quoting random figures from a Transfermarkt valuation. So basically any transfer rumour online is utter balls.

Then you have the print media and reputable websites (such as F365, of course) that tend to have the odd informed rumour, usually from an agent trying to force a contract or start a bidding war. Obviously their job is to get the best deal for their clients, and they want their cut as well, but it all seems shady and self-serving.

So why don’t clubs doing their deals put in the contract that any leak, contact with the press, public announcement of negotiations or other dick move will result in a halving of the agent’s fee? That will make agents stick to their word, let clubs sort out contracts they want and players negotiate terms in privacy without a negotiation being undermined by fabricated interest from China or whatever.

Telling other people how they should talk
“Santi had that rare ability to win the second ball, engineer space and play an effective vertical pass”

Sandeep. Congratulations on completing being a football hipster. This is buzzword bingo all in one sentence. First name terms with a player, check (this is now like white boots for me, I’m kind of used to it and actually quite like it).

Rating a player who’s been injured for 2 years nearly, check. Sounding patronising and aloof check and check. Bollocks buzz words / terms that make you sound far more knowledgeable than is possible, “rare ability to win the second ball” check, but my favourite is “…play an effective vertical pass”.

Apologies I was keen to read your mail on Ramsey but gave up after this.
JC STFC (Still think 3 paragraphs and brackets are cool)