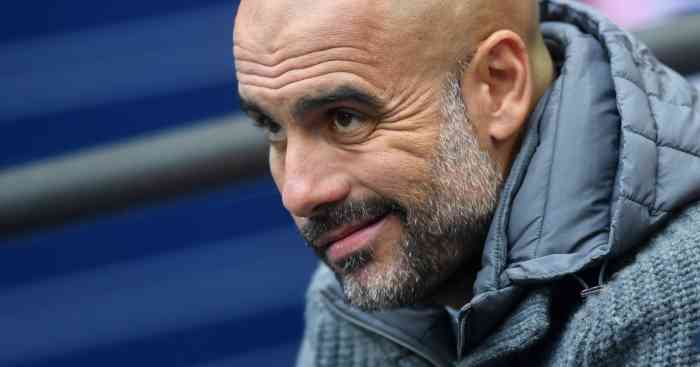 If the FA Cup is indeed dead, then the prevailing feeling ahead of Saturday’s showpiece suggests we have already reached the acceptance stage of the grieving process.

This final should be one to whet the appetite. Manchester City are driven to complete an unprecedented domestic Treble to crown their finest ever season, while Watford are hungry to turn a triumphant campaign into their most successful with a surprise victory in their first cup final since 1984. Wembley will host either a coronation or a giantkilling. But again, for neutrals at least, rather than hand-rubbing anticipation, the overriding feeling is shoulder-shrugging apathy.

A few may still be in denial over the FA Cup’s demise but the majority of us are beyond that stage, and even anger and depression too. We’ve seen the futility of bargaining, we’ve just moved on. As John Nicholson wrote of the cup on third-round weekend: ‘It is but a ghost of a long dead, fondly recalled relative, now leeching off its own history, riding on the back of what it once was but isn’t anymore and can never be again.’

When was the last time the FA Cup final was the single, most important game of the English season, bigger to us than any European final. I would suggest 1991 @NFFC v @SpursOfficial Clough's last tilt at the trophy, Gazza's madness. pic.twitter.com/BYGBghv0S9

Still, though, you might expect a nostalgic tingle, however slight, on cup final morning. Nothing.

City and Watford fans would most likely argue differently, and so the finalists should. But even for large swathes of their supporters, the final has become a chore rather than the highlight of their calendar.

For too many travelling City fans, regardless of the outcome, it is a day to be endured rather than enjoyed. The buzz of strolling up Wembley Way begins to wear off by the time you set off on the fifth return trip of the season and the seventh in 15 months.

It would not be a modern-day cup final without fans’ bodies drafting formal statements to plead for mercy from the authorities over the continued exploitation of their loyalty. City’s group, 1894, took that step on Monday to protest the FA’s attempt to dress up already extortionate prices as a price freeze: “Not only are fans ripped off time after time but the allocations are poor and kick-off times do not take into account travel problems for supporters.” Hope, though, has long since faded of anyone taking any notice.

The blue mood was yet to set in when City were summoned to Wembley in 2011, when they faced Stoke so desperate to end a trophy drought of 35 years, the same period Watford have endured since their last cup final appearance. Defeat to Everton in 1984 was the closest the Hornets have come to winning a major trophy, meaning Javi Gracia’s side could make history this weekend.

But the buzz around the Hornets is more subdued than it would have been in years past for a variety of good reasons. By the time anyone gets to the FA Cup final, they’ve already had the thrill of winning at Wembley and topping the high of coming back from the dead to beat Wolves will take some doing on their third visit of the season to the national stadium.

When Watford supporters made the short trip to Wembley for the semi, they did so in hope and expectation. This weekend, expectation is exclusive only to Blues; City have beaten Watford in their last ten games by an aggregate of 32-6.

That mismatch is perhaps the biggest turn-off for neutrals. This season, there was greater anticipation ahead of the Carabao Cup final between City and Chelsea, even though Maurizio Sarri’s side were on a truly wretched run on their way to Wembley.

That is the contradiction among many punters without a dog in the fight. Neutrals complain when the Big Six dominate the showpiece events, but many moan when the mismatch has one side at odds of 14/1 in a two-horse race.

We have a Cheeky Punt special on the FA Cup final…https://t.co/NRAUAyJDcx

Perhaps too many treats have spoiled our appetite for this one. We have gorged over the last fortnight on a thrilling Premier League finale, exhilarating Champions League fightbacks, English domination of Europe and edge-of-your-seat drama in the Football League play-offs.

The FA Cup final can’t even claim to offer one last fix before the start of a long non-tournament summer. The play-off finals are next week; the hugely-anticipated Champions League final remains a fortnight away and beyond that, the Nations League finals offers England fans some relief to take the usual edge off the close-season of an odd-numbered year.

Even those whose job it is to sell the FA Cup have begun to embrace the apathy. ‘Don’t mug off the Cup’ is the message from BT Sport in their marketing campaigns. Why should the public be the exception when all the other stakeholders have been at it for years?