Home Manchester City ‘Is it confirmed?’ – Pep refuses to comment on Rangnick 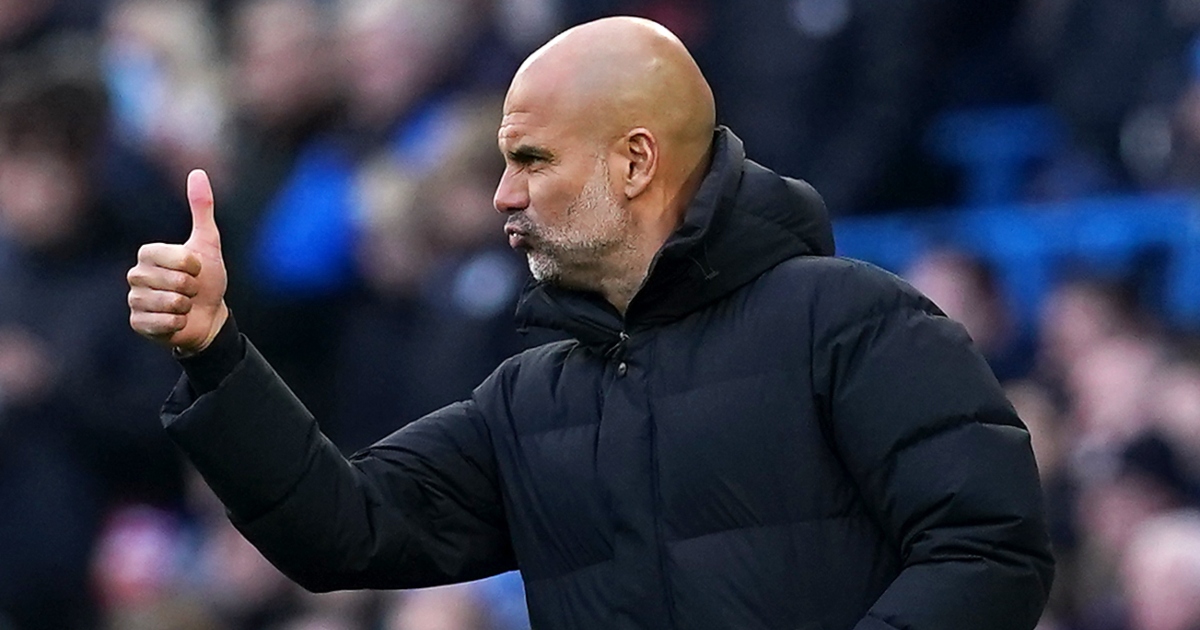 Pep Guardiola has refused to comment on the rumours linking Ralf Rangnick to the interim managers job at Manchester United, but did admit he has done very well in the past.

Rangnick looks set to be announced as the new manager at United until the end of the season, taking over from Michael Carrick who will remain in charge for the trip to Chelsea on Sunday.

However, Guardiola is refusing to comment on the potential move until it is confirmed.

“Is it confirmed? No. I had one phone call [with him]. He did an incredible job at Salzburg and Leipzig. Personally, I didn’t meet him.

“We will spend three hours to discuss possible candidates, when they are appointed we will talk. Right now Michael Carrick is the manager and that is my only concern [on them].”

The Spaniard also gave an update on the fitness of Jack Grealish and Phil Foden ahead of their clash with West Ham on Sunday.

City are also missing Kevin de Bruyne who is suffering with Covid-19. Guardiola provided an update on the Belgian’s condition.

“A little bit tired, no taste, symptoms you have [with Coronavirus]. Six or seven days [isolating so far], a few more days we will do a PCR test if he is negative he will be back.”

The West Ham fixture will be a tough one with David Moyes side in fine form so far this season, minus the defeat at Wolves last weekend, something that Guardiola is well aware of.

“They did incredibly well last season. The game last season we didn’t deserve to win. We know how difficult it’ll be. We’re going to try.

“I had the feeling before the game, never count what we done three days ago will happen tomorrow. What I want is the team to be consistent, congratulate ourselves for the group stage and now continue our rhythm. We lost on penalties, the players know how strong they are. Next one Aston Villa, next Watford away. Our performance dictates how we are.”