Home Home Page Front Page Is there still a place for the League Cup? Well yes… 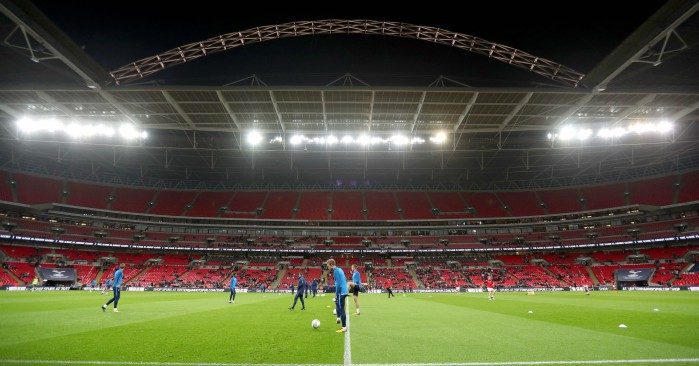 You can’t force prestige onto a trophy: only time can confer that privilege. Yet 57 years after its inception, the League Cup is still struggling to find its place.

It is always tempting to view the League Cup as an unwelcome distraction, not just for the big teams who have earned the right to play extra games in European competition (Jose Mourinho clearly agrees), but for sides lower down the pyramid too. 46 games is quite enough for a league season without adding extra midweek fixtures on top, stretching both player fitness and fans’ wallets to breaking point.

Overwhelmingly, even for sides outside the top half of the Premier League, it’s only once a team reaches the semi-finals that they tend to start taking it seriously as a competition they would like to win. Any earlier exit is greeted with a sneer and a ‘never fancied her anyway’.

The sight of 90,000-seater Wembley graced by just under 24,000 fans as Spurs eked out a 1-0 win over Championship Barnsley does not do the competition’s reputation any favours either.

The cause-and-effect relationship between the fans and clubs each deciding not to take it seriously is neither here nor there; in either case, it raises the question of whether there is still a place for the competition in a bloated fixture calendar.

Those with long memories will question the use of the word ‘still’ in that sentence. It has always, always been the FA Cup’s grubby-faced, buck-toothed little brother.

Two of the greatest sides of all time shirked on the League Cup. Bob Paisley’s Liverpool side of 1976-77 won the league, lifted their first European cup, and reached the FA Cup final, but they went out of the League Cup in a replay in the second round. The attendance at Anfield for the first game was a paltry 23,378, just 42% of the gate at their best-attended home league match (56,044).

Sir Alex Ferguson’s treble-winning Manchester United side of 1998-99 did at least reach the quarter-finals of the League Cup, but even at that stage of the competition and with their 63-game season less than halfway done, their squad list featured Michael Clegg, John Curtis, Alex Notman and Nick Culkin. United’s lowest home attendances in other competitions that season didn’t drop below 50,906; their League Cup third-round tie with Nottingham Forest drew just 37,337.

Yet despite the big teams generally treating the competition with a shrug, the League Cup has had just two more unique finalists since 1961 (36) than the FA Cup (34), albeit with 23 unique winners to the FA Cup’s 17.

The more you look at the competition’s history, the longer that pernicious question – ‘what is even the point of the League Cup?’ – lingers in the air. By most reasonable measures, it is an unwelcome intrusion that neither the clubs nor the fans are really interested in. It seems unlikely that there would be much wailing in the street or rending of garments if it were scrapped at the end of the season.

And yet despite all that, it remains one of my favourite competitions. I like that it is played in midweek, with no replays, and is wrapped up by February. I enjoy the barmy teamsheets and introductions to teenage stars, for there is an intriguing novelty about a cup competition that tests squad depth as much as it does a side’s first XI. I especially like that it comes without the same eye-rolling, cringe-inducing ‘the magic of the cup is gone/back/gone/back’ pieces year after year (and yes, I am aware of the irony of complaining about that here).

Most importantly, since the turn of the millennium it has been won by Middlesbrough, Leicester, Swansea, Blackburn and Birmingham, with Tranmere Rovers and Bradford City managing to make it to the final too. By contrast, in the same period, the only sides outside the current big six to have won the FA Cup have been Wigan and Portsmouth. It’s easy to point to the numbers and call it insignificant – as I myself did earlier – but with one glaring exception, that is about as good as it get for all of those clubs.

That is the true value of the League Cup: it offers a realistic chance of victory to anyone who takes it the slightest bit seriously. Inconvenient, poorly-attended and much-maligned though it may be, there will always be a place for that.