Home F365 Features Is this Chelsea side now a Frank Lampard creation? 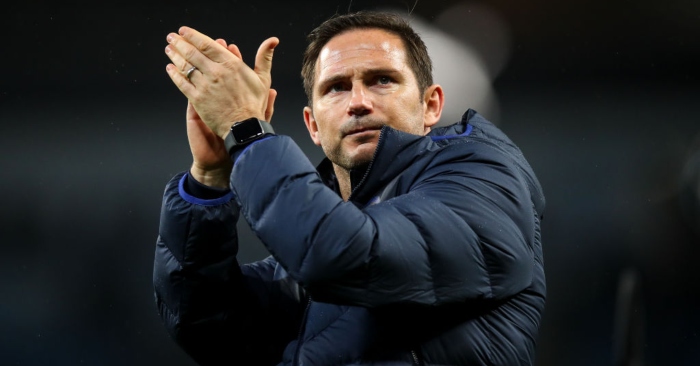 In Manchester City’s match-day programme prior to their meeting with Chelsea, Pep Guardiola described his team’s display in their recent 3-1 defeat at Anfield as ‘one of the best performances in my time as manager’.

After watching his team edge possession against a team famed for dominating the ball, it would have been easy for Frank Lampard to say something similar after his side were defeated 2-1 at the Etihad Stadium. Read 16 Conclusions on that clash here.

After the game, Guardiola praised Lampard’s brave and courageous approach. These are the type of opposition teams the City boss enjoys watching, and you get the impression he enjoys playing against this type of set-up, too, but Lampard brushed off the praise and pointed out the areas in which his team can improve.

“Maybe [possession] is not the critical factor,” he said. “Coming into the game, with our recent form and how we’re developing quickly, I wanted to come here and be brave, to compete, to be brave on and off the ball.

“In the first half, you saw all of that from us. At 1-0 we had relative control of the game. We didn’t have that little bit of quality in the final third. They had a couple of moments but we were playing well.

“Throughout the game, there were a lot of positives, but we lost and it shows you at this level the finer details in both boxes are what decide these ones.”

These words might ring true with Guardiola, who lost at Liverpool under similar circumstances, and it appears Lampard may have picked up a few tips from the way Jürgen Klopp set up his team against City. Especially as he has more often employed a 4-2-3-1 with a role for Mason Mount, dropped to the bench on Saturday night.

For City, Kevin De Bruyne began in an attacking midfield position as he did against Liverpool but soon dropped back to become more involved in the build-up play.

As shown in the heatmaps below (from SofaScore, with Kante shown first), both midfielders did plenty of work in both halves, with many of Kante’s actions coming in attacking midfield positions in the centre and the right shown by the darker red spots. 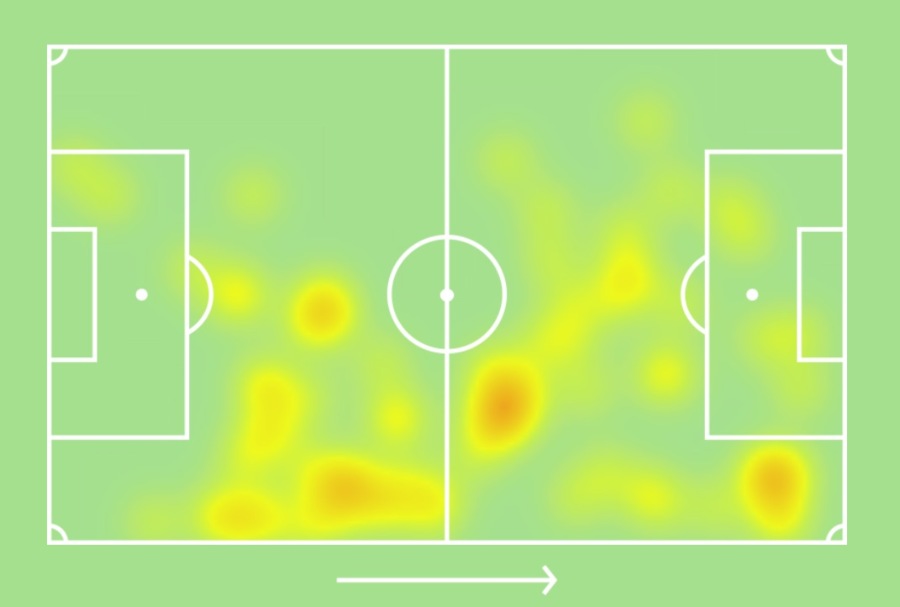 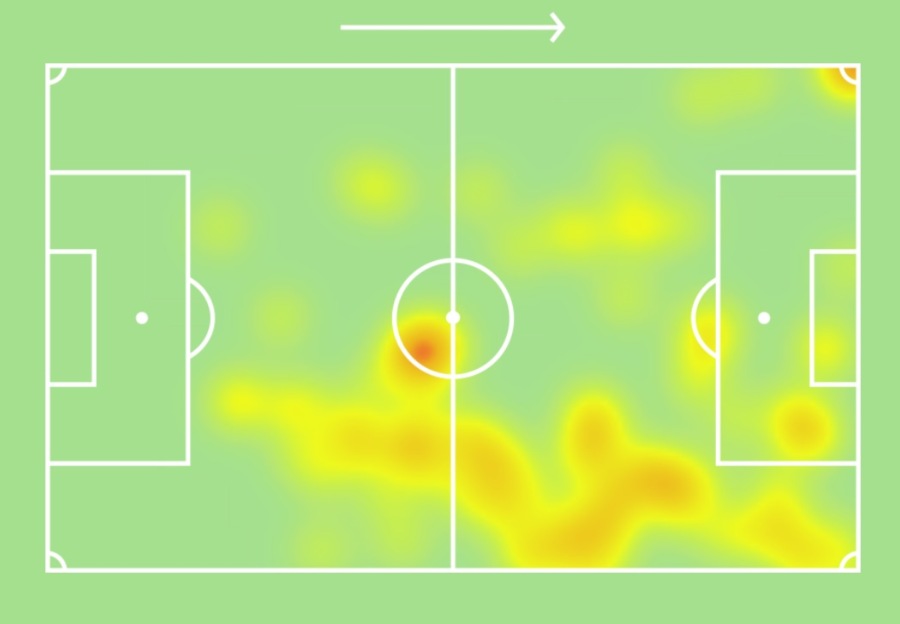 There was an insistence, almost an obsession, with Kante’s position last season, as there were calls to play the Frenchman in his so-called natural position as a defensive midfielder.

But he has never been an out-and-out holding midfielder, and especially not in a three-man midfield. Rather, he has been the most progressive in a two-man midfield for Leicester and Conte’s Chelsea, or a box-to-box midfielder during some of his time in France, under Maurizio Sarri and now Lampard at Chelsea.

Kante’s position was one of a number of unreasonable criticisms aimed at Sarri last season, and even though Lampard is using him in the exact same role with a case to say he’s even more advanced, there isn’t much noise around this issue anymore.

Against City, Kante could regularly be seen just to the right of Tammy Abraham in the visitors’ front line. This also allowed him to press high up the pitch where his ball-winning skills can be an attacking weapon as well as a preventative measure and, as demonstrated by his goal, he is able to make good attacking runs.

The images below, one from each half, show Kante ready to drop from the front line to receive the ball, push against the City back line to create space for others between the lines, or offer an option for a ball over the top as Abraham’s support striker (again, as per the goal). 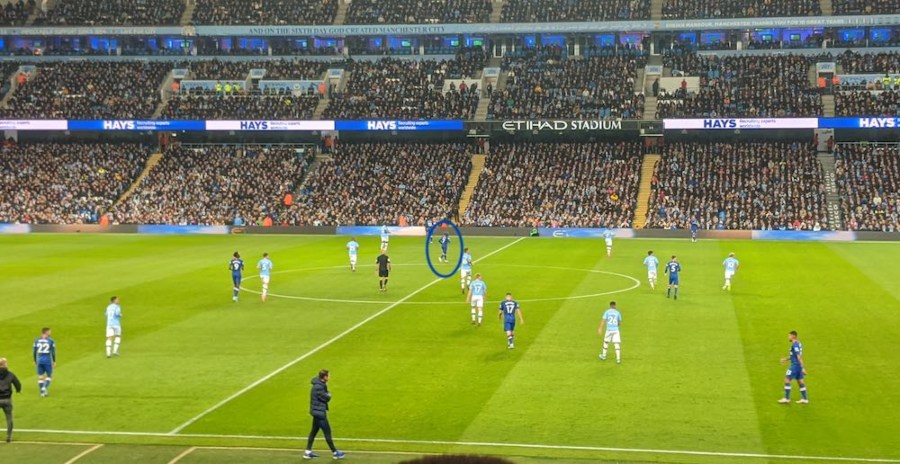 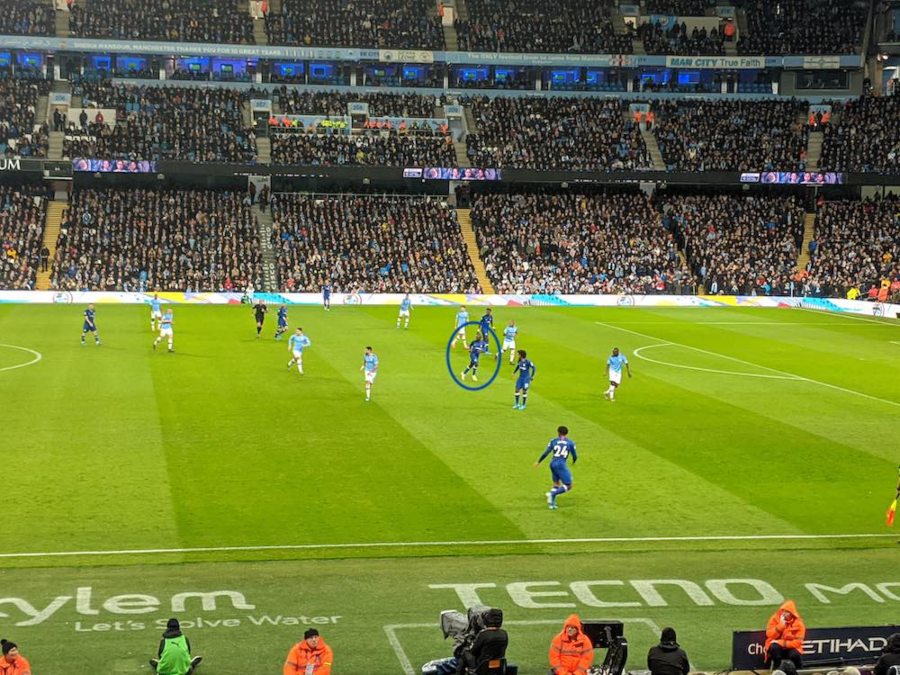 The second image also shows Willian tucked in as an inside-forward, Reece James pushed high up the pitch at right-back, with Cesar Azpilicueta deeper at left-back on the other side as Christian Pulisic provides the width.

It’s a formation similar to those used by Guardiola and Klopp (and possibly now Mourinho, too), and given the way Lampard studies the game, it wouldn’t be a surprise if he tried to match Liverpool’s set-up which defeated City two weeks ago.

But the roles of two players separate Chelsea’s 4-3-3 from the others.

The first is another leftover from Sarriball which Lampard seems to like even though Sarri was criticised for it, and that’s a playmaker rather than a defensive midfielder in the holding midfield role. The transfer ban might have influenced this, but the use of Jorginho as the deepest midfielder contrasts with Liverpool and City’s all-action midfield holders Fabinho and Rodri.

That’s not to say these two don’t have playmaking abilities, but Jorginho has neither the aerial prowess or defensive instincts of the aforementioned duo. The closest City get to this is when they use Ilkay Gundogan in the role, which Rodri’s injury might now force.

The other player unique to Chelsea is Tammy Abraham. Looking at his role against City suggests he was used as a Roberto Firmino type complete forward, especially when taking into account his average position (No. 9 below, Whoscored). 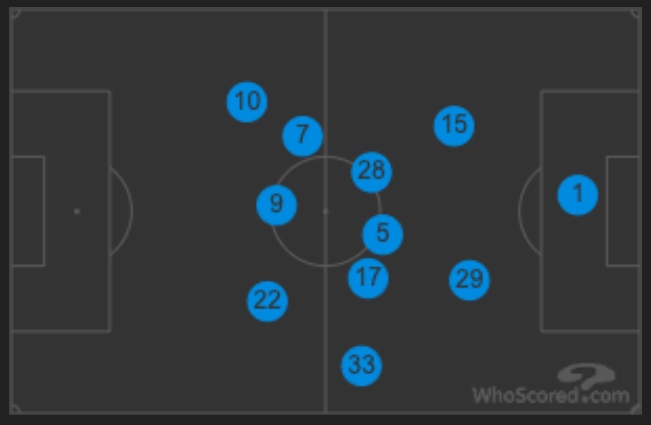 Positionally, this might be true as the front three consisted of a striker who occasionally drops deep and inside forwards who move into the space vacated, becoming strikers themselves, but Abraham’s size makes him a unique proposition for defenders. Add his considerable skill and he’s the best type of target man. Liverpool use Sadio Mane as their out-ball more often than not, while City tend to find space in the channels from the booming boot of Ederson on the occasions they decide to hoof it forward, but Chelsea can send balls at Abraham’s head or his feet if they need to ‘get rid’ while also maintaining an element of control.

So while there may be some inspiration from the Premier League’s two outstanding teams in recent years, there are a number of areas where Chelsea are slightly different, thanks to Lampard’s own ideas, the types of player available to him, and the remnants of Sarri’s work on possession and team shape last season.

“We went toe to toe with Liverpool in Istanbul [in the European Super Cup] and lost on penalties,” Lampard said in his post-match press conference. “We lost at home to them in the league pushing for 45 minutes, and we have lost today with a very good performance.

“It’s moments in the boxes. That can be why you win it or why you don’t. These teams, Liverpool and City, have been getting results for a long time because they work together, they work hard, and those finer details they maybe get right.”

Klopp and Guardiola have indeed been working on these finer details since arriving in the league, especially when it comes to situations around second balls. It’s no surprise that both have gone for tall defensive midfielders to replace below-par or ageing players in this position, and Lampard’s first signing post-transfer ban could well be a dominating destroyer for the base of his midfield as an alternative to Jorginho.

After all, as the most attacking of midfielders as a player, Lampard benefited greatly from the work of Claude Makelele clearing up behind him in midfield (Makelele also works at the club in a technical capacity these days).

Add height to the mix as Liverpool and City have done, and there is much more insurance for the type of attacking play Lampard advocates.

Against City, it would have been easy for the Chelsea manager to hang on and hope for the best once going behind, but instead, he added another advanced midfielder to the mix.

When Mason Mount entered the fray in place of Jorginho it looked like the formation would switch to 4-2-3-1 with Kante dropping in alongside Kovacic, but instead, for the most part, Kante maintained his advanced role down the right, with Mount taking up a similar position on the left and Kovacic holding. It was bold and – as Guardiola described Lampard and his team – courageous.

“In the last 20 years Chelsea has always been a good team, but Frank is a courageous manager,” said the City boss. “They want to play their own game and they have a fantastic team, so it’s a great victory for us.”

Lampard is surprising many with his performances this season, and though the transfer ban meant he had nothing to lose, he has made the most of this situation and set up his side to give them the best chance of winning regardless of the opposition’s reputation.

The structure may owe a lot to Sarri, and the shape may be influenced by others (as is the case with every manager) but this is now Lampard’s team, and seeing where he can take them is going to be fascinating.