Home Mediawatch Is this one of the worst Manchester United teams EVER? 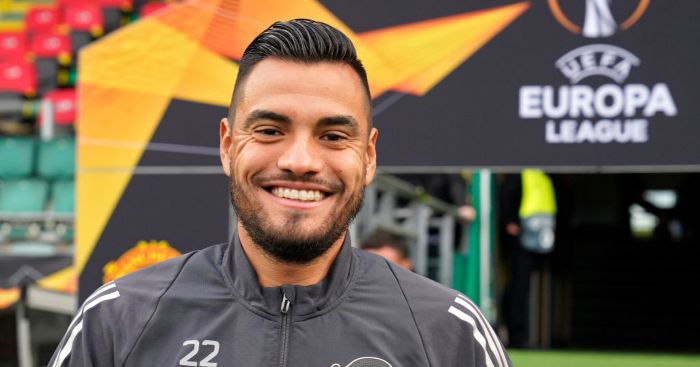 Phil, your boots
Mediawatch has long been fascinated by the clamour for Phil Foden to play Premier League and international football as soon as possible. His manager is a two-time Champions League winner with eight national league titles and a history of coaching some of the world’s best players, of which he once described Foden as “the most talented”. But everyone else knows better than Pep bloody Guardiola.

Foden is still 19. Sergio Busquets is perhaps the finest and most relevant example when it comes to Guardiola’s management of a young and promising midfielder: he did not make his Barcelona debut until two months after he turned 20, and started just 16 La Liga games overall in that breakthrough 2008/09 season.

The Spaniard was never anything more than a reserve as a teenager, while Foden already has 14 first-team starts to his name and almost an entire campaign to extend that gap further.

But Andy Dunn of the Daily Mirror comes armed with comparisons and complaints, too.

‘Guardiola has been apologising on a regular basis, it seems, the latest coming as Foden scored after coming on as an 89th-minute substitute against Dinamo Zagreb on Tuesday.

‘But the City coach did imply he feels Foden has still had plenty of “minutes” for a player “that age”.

‘There are countless examples of Premier League youngesters who have had a lot more game time at the same age.

He also hadn’t made his England debut yet, so let’s not pretend that ‘Foden must be given the City badge NOW… or he’ll miss out on wearing the Three Lions’.

Dunn himself even points out that ‘comparing Foden with precocious teenagers at other clubs is fraught. Comparing apples and oranges, and all that.’

Or comparing right-backs competing against natural centre-half Joe Gomez and an injured Nathaniel Clyne at a club with aspirations of qualifying for the Champions League with a player behind Kevin de Bruyne, David Silva, Bernardo Silva, Fernandinho and Ilkay Gundogan in the midfield pecking order for a club expected to win the Champions League.

It’s almost as if there’s nuance involved here. Not just ‘hE’s ReAlLy GoOd WhY aReN’t YoU pLaYiNg HiM fFs?’

Shortly after suggesting it is futile comparing Foden’s case with that of any other player, he brings us literally one the absolute greatest players the world has ever seen in Lionel Messi.

‘No, Foden is not getting game time because Guardiola trusts a collection of players who have delivered time and again for him. Which is understandable. But that is now providing a dilemma for Foden and for England.’

It is providing a dilemma for you and people of your ilk who are weirdly desperate for this teenager to play as much football as possible as soon as possible (and subsequently burn out in his later career as soon as possible). It is not providing a dilemma for Foden, who is learning from one of the greatest managers ever alongside some of the world’s best players. Nor is it for England, who will pick him when he does eventually start playing more regularly.

Maybe Gareth Southgate had it right on Thursday when he said that “every player has a different journey,” that “the perfect path…doesn’t exist,” that “it’s different for them all” and that Foden is “still young and developing physically, and sometimes it’s not right to put them in too soon”.

But no, ‘Britain’s best Sports Writer’ is spot on: Phil Foden is f**ked because he’s playing less than Trent Alexander-Arnold and Lionel Messi (but far more than the actual blueprint for a Pep Guardiola midfielder, Sergio Busquets) at the same age.

He should just retire now, while the idea of Phil Foden is a better player than Phil Foden.

Walker’s crisp
‘Kyle Walker believes his England career is over at the age of just 29’ – Daily Mirror exclusive.

Simply the worst
Manchester United weren’t great on Thursday evening. And that’s being generous. But Christ, David McDonnell of the Daily Mirror needs to lighten up.

‘Ole Gunnar Solskjaer branded the plastic pitch here as one of the worst he had ever seen.

‘Unfortunately for Solskjaer, his Manchester United side is also turning into one of the worst the world has ever seen.’

Now, they are pretty shit and it is pretty funny, but come on. They finished 13th in 1990 and 11th the season before. They’ve been bloody relegated from England’s top flight five times. Those sides were presumably quite bad, not just some of the unluckiest in sporting history.

McDonnell goes on to describe United as ‘a mediocre outfit who have lost their fear factor at home and abroad, their former aura of invincibility just a warped trick of the mind’.

And that’s fair. But ‘one of the worst’ Manchester United sides ‘the world has ever seen’? Football – and this club – existed before 1992, fella.

When the sh*t hits the fans
‘The fans sing of Eric Cantona and Ryan Giggs because they have no modern-day heroes worthy of a chant’ – Neil Custis, The Sun.

‘They started off by chanting about Eric Cantona. Then they sang about Ruud van Nistelrooy. Next up was Jaap Stam, then Andy Cole and there was the odd chant about Roy Keane and George Best too…They sang all evening, but their songs were almost all about the heroes of yesteryear’ – Paul Hirst, The Times.

Have they not sung about former players pretty much every game, particularly away, for the last two or three decades? And don’t you both know this after being at so many of those matches? And have you both ignored it because it makes for a delicious narrative?

Liverpool supporters – hell, supporters of other clubs – still chant about Steven Gerrard but that’s not because the current team is sh*te, is it?

Brendan butter
Below are some of the things Neil Ashton mentions in his Sun column on Brendan Rodgers on Friday:

Below are some of the things Neil Ashton doesn’t mention:

‘You have to be some piece of work to sit in your bedroom and make up a rumour about Christian Eriksen’s partner and his team-mate Jan Vertonghen.

‘Tottenham have enough problems right now without some little scrote peddling an invention as harmful as that on social media.’

This just in: chief football reporter for the nation’s best-selling newspaper calls out the ‘little scrote’ working on his company’s own website. They might not have started the rumour, but they bloody well propagated it.

Most predictable line of this or any other day
‘Bruce, 58, says he draws on his experience under Sir Alex Ferguson in such moments’ – Simon Bird, Daily Mirror.

Who else just assumed he’d look back more fondly on the teachings of his two years under Trevor Francis at Birmingham?

Recommended reading of the day
Paul Doyle on Leicester’s defence.