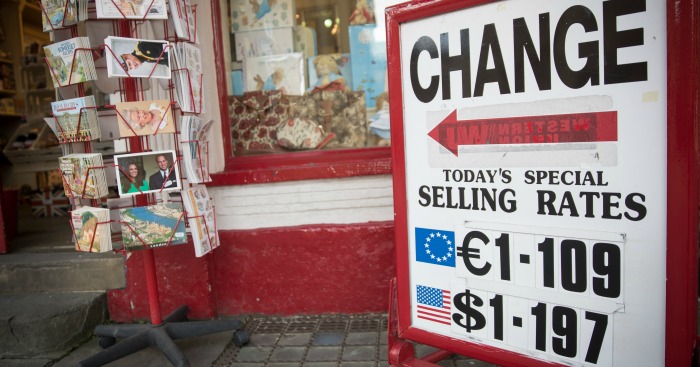 The dust has now settled on the 2017 January transfer window, the first since the UK voted to leave the EU, which resulted in the pound crashing to a 31-year low against the US dollar and suffering a substantial decline against the euro.

Does this currency turbulence have an impact on the Premier League? The answer is a definite maybe and it throws up some interesting questions about how fluctuations in sterling present both a threat and an opportunity to the world’s wealthiest football league (that excludes American football whose top professional tier, the NFL, currently holds the distinction of the world’s richest sports league).

Let’s look at the facts. This year’s winter transfer window was significant as  Premier League clubs recorded a profit for the first time, despite spending reaching a six-year high for January.

According to figures from Transfermarkt, while PL clubs splashed out some £218m in the January window, big-money purchases from China contributed to top-flight clubs receiving over £230m from selling players.

Spending by top-tier English clubs in January 2017 was still substantial. It amounted to the second highest amount ever paid out in this window, behind the record mark of £225m expenditure six years ago – and more than six times the £35m spent in the first January transfer window in 2003.

What has changed is the emergence of other big spending leagues, notably China’s, which was the biggest spender this year. After the CSL was founded in 2004, its winter transfer window spend remained modest right up until £210k was dished out in 2008. This figure has risen exponentially since, with CSL clubs spending £292m in last year’s winter window – more than the Premier League. While the EPL may have outspent the CSL in the month of January, we cannot yet make a final assessment of the Chinese league’s expenditure as its season runs from March to October. Its winter transfer window operates on the same basis as the European summer window and does not close until later this month.

Does the fact that we’ve seen Premier League clubs generate their first ever profit indicate a more careful approach to spending and a potential to see the sell-off of top players as clubs need to better manage finances in the wake of lower-valued sterling? Will a continued weak pound put other nations’ leagues in a stronger position to capture the world’s best football talent?

In reality, the answer is not straightforward. In simple terms, the weakened pound means any players that English clubs buy from abroad will be more expensive in the short term. This is not however the whole story as most player transfers are structured so that there is an initial fee, with the balance paid over a number of years. This mitigates the initial impact of the headline transfer fee, although there are future costs to be considered.

The fall in sterling certainly will have curtailed spending power. In research we carried out earlier this year, we estimated that Premier League clubs would need to conjure up around £37m extra just to match the spending seen in last year’s January transfer window.

There is, however, an upside to a low-value pound. With sponsorship agreements largely coming from abroad, a weaker currency means that sponsors can get more bang for their buck. Currently just four Premier League shirt sponsors are UK companies. In theory at least, the weakness in the pound will mean sponsorship could be better value for overseas companies and could lead to higher income in terms of sterling for clubs.

Most clubs also generate a large proportion of their income from broadcasting revenues. The recent deal for £5.13bn for 2016-2019 TV rights represents a significant increase on the previous three-year deal which netted £3bn. There is a further positive impact from the sale of TV rights overseas, which are now worth up to £3.2bn, which has increased as the value of sterling has decreased. On average, this means that each club will receive an additional £46m per year.

Even in this climate of a devalued pound, the PL is likely to remain the world’s most powerful for some time to come. Annual revenues of 4.07bn Euros puts it significantly ahead of the Bundesliga which generates 3.2bn.

Like all businesses, PL clubs can implement foreign exchange risk management strategies to help them mitigate against the risk of adverse currency movements. There are a number of hedging products that can be booked up to 24 months in advance which provide them with a fixed exchange rate as well as the opportunity to benefit should there be an improvement in market conditions.

We know from our own experience that football clubs plan their financial risk strategies with more forethought and care than some seem to ‘plan’ their transfers.