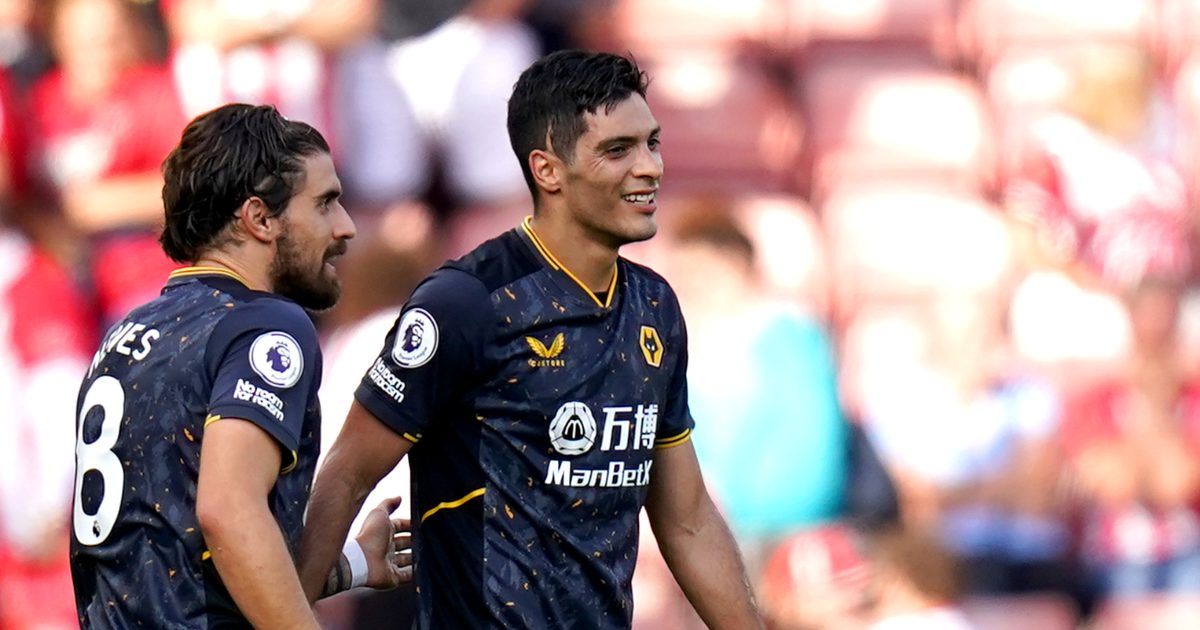 Wolves star Raul Jimenez “felt really good” after ending his 336-day wait for a goal on Sunday against Southampton at St Mary’s.

The striker was forced to have a long spell on the sidelines as a result of a head clash with Arsenal’s David Luiz last November. This collision left him with a fractured skull.

Since returning to action, he has worn a protective headband during games.

Jimenez is back but Wolves still have an asterisk

Jimenez had a frustrating start to the 2021/22 season as he did not score in any of his first five Premier League games.

Earlier this week, Wolves boss Bruno Lage called for Jimenez to “adapt” to cope with wearing his protective headband:

“He needs to adapt, it’s not a normal thing. This is needed to protect him. After the process we did to recover him we need to help him adapt.

“There is an emotional side, he had a big chance to help us score a goal and to help us fight for points in that game. I didn’t say to Raul to take it off so it was a big surprise for me but sometimes you need to understand the emotional thing.

“It was an easy header but also you need to understand the point of view from the player. You try to do the movement and you have now, like two fingers in front of his head, when he does the movement the ball is already touching his head.

“It’s a different way you’re trying to do it, it’s like heading with a helmet, but he is adapting well. In that period it was frustrating and emotional from losing that chance but he knows the protocol.”

Wolves travelled to face Southampton on Sunday. Jimenez got his goal as he did brilliantly to evade his markers before he finished past Alex McCarthy.

This goal proved to be the winner as the visitors beat the Saints 1-0.

Jimenez reacted to the win in an interview that has been cited by BBC Sport. He said he knew his “goal was coming”:

“I want to score every game, I knew the goal was coming, I was fighting for it, working for it and all the team deserve it.

“I was thinking ‘when will the goal come?’. It felt really good. Four of our five games have been incredible, we need to keep going like this. We did a really good job.

“The fans are always with us, supporting. It is really important for our team, to have them supporting and shouting.”