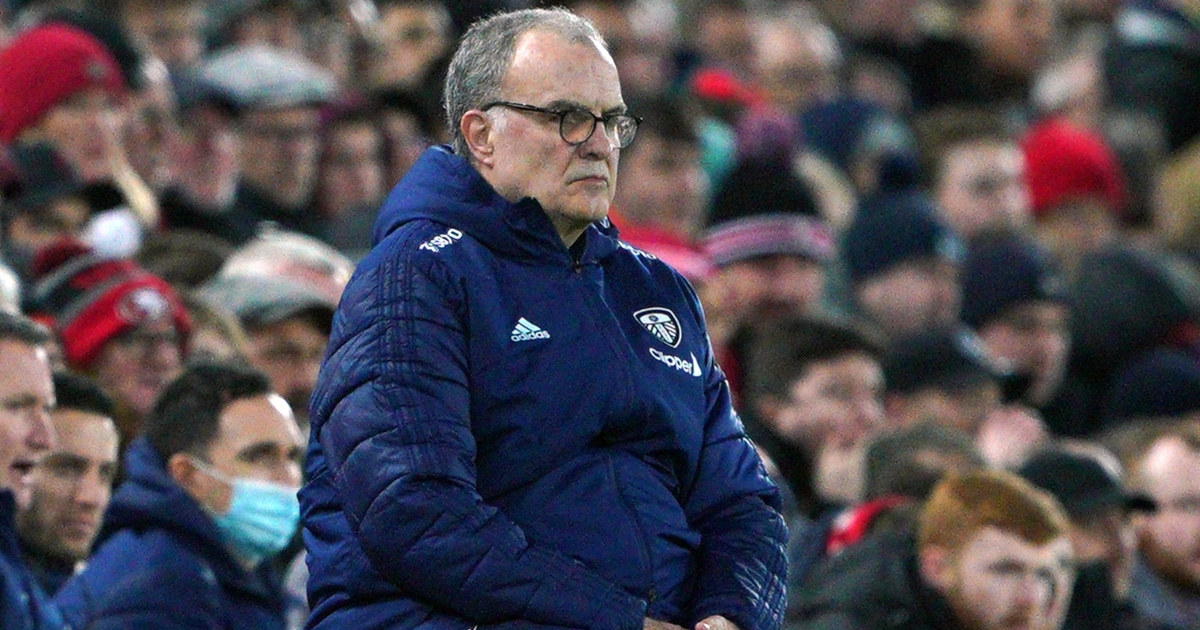 Leeds United boss Marcelo Bielsa admits his side are “fighting relegation” this season following their 6-0 loss at Liverpool.

The Whites are currently 15th in the Premier League, three points above the relegation zone.

West Brom need yet another rebuild after a collapsed ‘project’

They have conceded the most goals in the top flight this term with 56 and suffered another heavy defeat against title-chasing Liverpool on Wednesday evening.

This was their second-heaviest league defeat of the season – after the 7-0 drubbing against Manchester City – and the fifth time Leeds have conceded four or more goals in a match in 2021/22.

Following the defeat at Anfield, Bielsa admitted that his side are in a relegation battle.

“We are fighting relegation,” he told BT Sport (quotes via TEAMTalk). “Of course it worries me, how is it not going to?”

On the disappointing result against Jurgen Klopp’s side, Bielsa said: “The distances between the two teams we were never able to reduce them.

🎙 Marcelo gives his thoughts on tonight's game at Anfield pic.twitter.com/CngkuwPxvU

“In the second half we thought it would be difficult to play an even game but we wanted to prevent or avoid what ended up happening.

“A result like today you can’t explain it with the absences.”

He told BBC Sport: “My reaction is disappointment given the result we have obtained.

“We need to defend better and attack better – both things. We will fight to defend our position.”

“I’ve been saying this for a long time and people have been getting on my back about it.

“There’s knowing the game inside/out isn’t there, but managing in the Premier League against top top teams and you are going man-for-man.