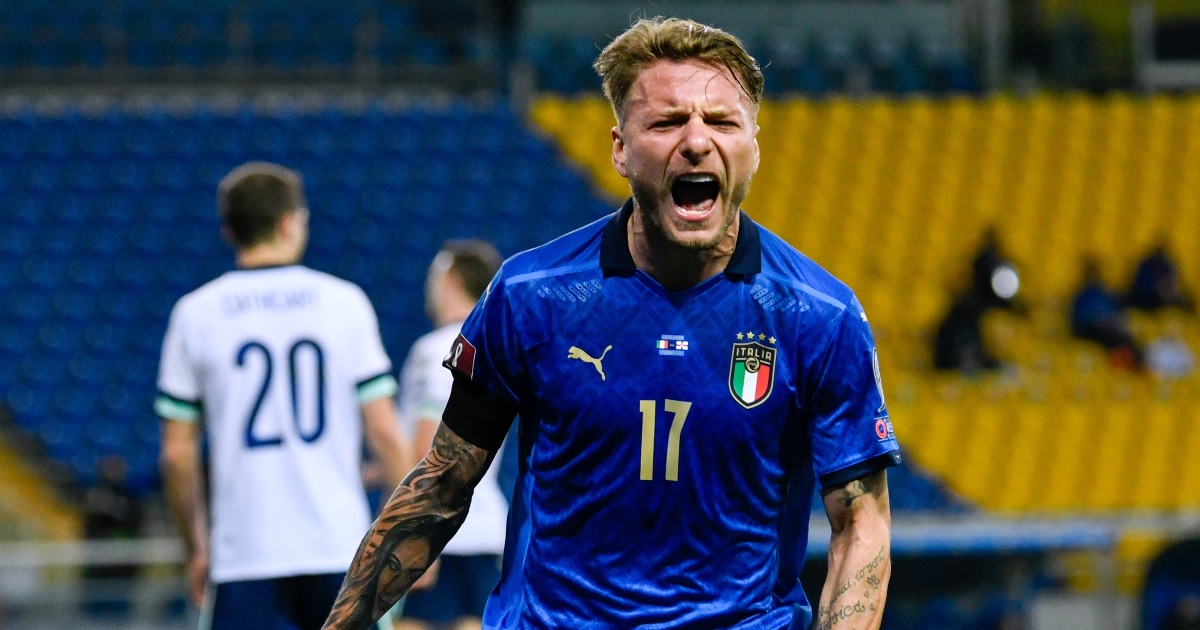 Northern Ireland made a losing start to their World Cup qualifying campaign as they were beaten 2-0 by Italy, but there were promising signs in Parma.

On the night when captain Steven Davis matched Peter Shilton’s British record of 125 international appearances, Northern Ireland looked the better side for much of the second half but were left to rue two first-half lapses which had put the hosts in control.

The goals scored by Domenico Berardi and Ciro Immobile were both preventable and proved decisive with Northern Ireland unable to capitalise on opportunities to get back into the game.

Though they come out of their opening Group C fixture empty-handed, Ian Baraclough – still seeking a first win inside 90 minutes – will look to the positives from the hardest game, on paper at least, in the campaign.

OPINION: Phil Foden is the canary who could sing 100 tunes

Northern Ireland showed plenty of confidence from the start, forcing Gianluigi Donnarumma into an uncomfortable punch before Gavin Whyte showed good feet to break into the box, where his shot was blocked by Giorgio Chiellini.

Italy soon began to take control however, and there was a warning sign when Immobile was able to beat Jonny Evans and Craig Cathcart to Alessandro Florenzi’s lofted ball, but he could not make proper contact on his shot.

Three minutes later, another floated Florenzi pass created the opening goal as he found Berardi in space on the right, with the Sassuolo forward free to run at Bailey Peacock-Farrell and fire into the roof of the net for his fourth goal in five Italy games.

Berardi then seemed determined to add an assist, first teeing up an acrobatic effort from Immobile which Peacock-Farrell blocked, before Emerson Palmieri headed narrowly wide from another curling cross.

It was a worrying spell but gradually Northern Ireland recovered their shape and the game settled down, allowing Italy plenty of the ball but few sights of goal.

It was encouraging stuff but perhaps led to the over-confidence which undid them before the break.

Evans led a charge forward before laying the ball off for Michael Smith to cross, but with defenders out of place Italy replied on the counter-attack, with Lorenzo Insigne feeding Immobile who fizzed the ball past Peacock-Farrell.

George Saville replaced Corry Evans at the break and Northern Ireland looked revitalised as the Hull pairing of Whyte and Josh Magennis combined well to cause Italy problems.

There was a let-off when Immobile headed wide following a set-piece, but it was Northern Ireland keeping Italy pegged back and they almost got their reward in the 55th minute when the hosts got themselves in a muddle.

Manuel Locatelli sold Donnarumma short with a back-pass, almost allowing Whyte to nip in, and after Italy struggled to clear the ball a cross back into the box found Smith, who could not get enough power on his shot as he tried to guide a first-time effort.

Emboldened, Baraclough sent on Shayne Lavery for Whyte in an attacking substitution and the Linfield forward was straight into the action, almost played in by Davis before Smith’s follow-up effort was deflected over.

They were through again in the 73rd minute when Stuart Dallas broke free down the left and tried to feed Saville, but the Middlesbrough man ran into traffic in the box as another opening went begging.

The best chance came in the 88th minute courtesy of another mix-up in the Italian defence, but Paddy McNair blazed over from Davis’ cross.

Though they did not get their reward on the night, as opening defeats go, this is one that Northern Ireland can build on when Bulgaria visit Windsor Park on Wednesday.