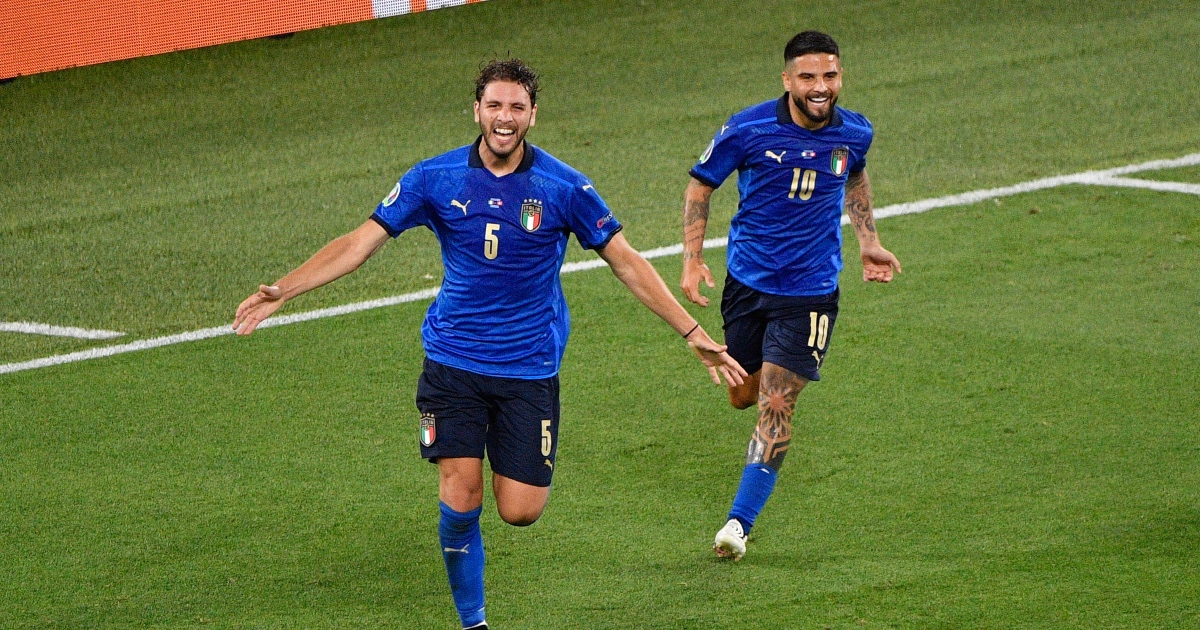 Manuel Locatelli fired Italy into the knockout phase at Euro 2020 after a 3-0 win over Switzerland.

The Sassuolo midfielder grabbed a classy brace before Ciro Immobile wrapped up a comfortable victory as Italy became the first team to book a spot in the last 16.

Skipper Giorgio Chiellini had an early goal disallowed by VAR before going off injured in the only blow during a comfortable night at the Stadio Olimpico, Italy’s 10th straight win without conceding.

Finland left to rue a golden opportunity not grasped

Wales’ 2-0 victory over Turkey put pressure on the Italians but they breezed past the Swiss after an imperious performance in Rome to return to the top of Group A.

Immobile planted a free header over after 10 minutes as the dominant hosts looked for an early breakthrough.

They thought they had found it after 19 minutes when veteran Chiellini fired past Yann Sommer.

The defender was the first to react when the ball broke free after he challenged Manuel Akanji and Granit Xhaka for Lorenzo Insigne’s corner.

But the ball initially hit Chiellini’s hand and VAR disallowed the strike – with the skipper forced off with a hamstring injury four minutes later.

Italy did not have to wait long for their goal, though, when Locatelli grabbed the opener after 26 minutes.

He started the move when his ball found Domenico Berardi on the right and the midfielder continued his run to meet the winger’s low cross and fire in from five yards.

Switzerland, who drew 1-1 with Wales at the weekend, offered little resistance and never looked likely to break Italy, who have not conceded a goal since October.

It was no surprise then when Locatelli added a second for Italy seven minutes after the break.

Roberto Mancini’s side cut through the Swiss too easily and when Nicolo Barella found Locatelli on the edge of the box he was gifted time and space to arrow a low drive into the bottom corner.

Gianluigi Donnarumma was forced into rare action when he saved from Steven Zuber before Berardi shot narrowly over.

Immobile also went close with 17 minutes left but he sealed the victory with a minute to go when he found the bottom corner from 25 yards.