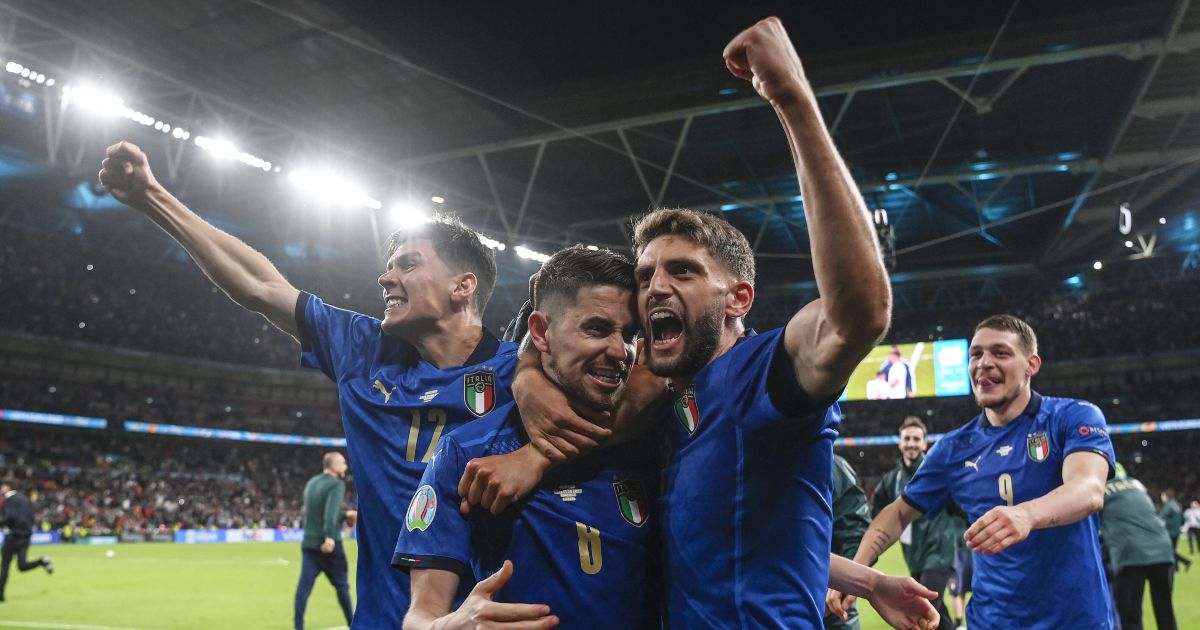 It’s telling that Spain passed both eye and analytics tests over 120 minutes – playing the most extraordinary football while streaking ahead on all the key metrics of possession, shots and xG – and yet it was always Italy that the other semi-finalists would dread facing in the final. There is something about this almost comically motivated Italy side, now unbeaten in 33 games, that no sane manager, footballer or fan wants to face, regardless of whether they were ‘lucky’ to emerge the victors, regardless of who ‘deserved’ to emerge victorious. As Clint Eastwood’s character says in Unforgiven: “Deserve’s got nothing to do with it.”

Even as Spain were rabidly pressing Italy, not allowing Jorginho or Marco Verratti to even think about dictating play, and even as Spain were creating quick and mesmerising passing triangles, you never quite believed they were capable of blowing this Italy side away. There was always something missing and it was usually the final touch, with Mikel Oyarzabal twice spurning glorious opportunities that did not even register as attempts on goal. In all, they had 16 of those and only Alvaro Morata converted, giving him a tantalising glimpse of hero status before he passed it meekly into the arms of Gianluigi Donnarumma in the penalty shoot-out.

This was always a flawed Spain team, with five-goal salvos against Slovakia and Croatia masking a serious problem in front of goal; a problem so serious that they started this semi-final without a recognised striker. The absurdly talented Dani Olmo seemed an inspired choice to play as a false 9 but this is a man who has taken 21 shots at Euro 2020 without scoring, raising questions about just how false your false 9 should be. His incisive one-two with Morata brought the equaliser but both took terrible penalties to underline just how ill-equipped Spain were to win this tournament.

Italy ceded possession and ceded the better chances but the longer the game progressed, the more you believed that this Roberto Mancini side is simply unbeatable. There is a collective will and collective responsibility that is rare among international teams. They play like a club side; they care like a club side. They defended well, they rode their luck, and then they took their first real chance to make it 1-0, Gianluigi Donnarumma deserving immense credit for turning defence into swift attack, releasing Veratti, who in turn fed Lorenzo Insigne. The ball eventually landed at the feet of Federico Chiesa and his finish was unerring and inevitable.

Olmo, Sergio Busquets and particularly Pedri – who misplaced just two passes in two hours of football – deserved (there’s that word again) better and they got better as Morata equalised to force extra-time, but as the game wore on and legs got more tired, this increasingly felt like Italy’s destiny, especially as statistics emerged about Donnarumma’s penalty record. In the end he actually needed none of his famed brilliance, Olmo firing over and Morata firing weakly at him.

And then there was Jorginho, the perfect man to take the perfect penalty at the perfect time. If his case for claiming the Ballon d’Or was strong on Monday, it was compelling on Tuesday. Having struggled to exert his influence on the game in 120 minutes chasing shadows, he was predictably cool in his execution of the winning penalty. Forget eyes and analytics, this Italy side passes the hearts and minds tests. Can they be beaten?