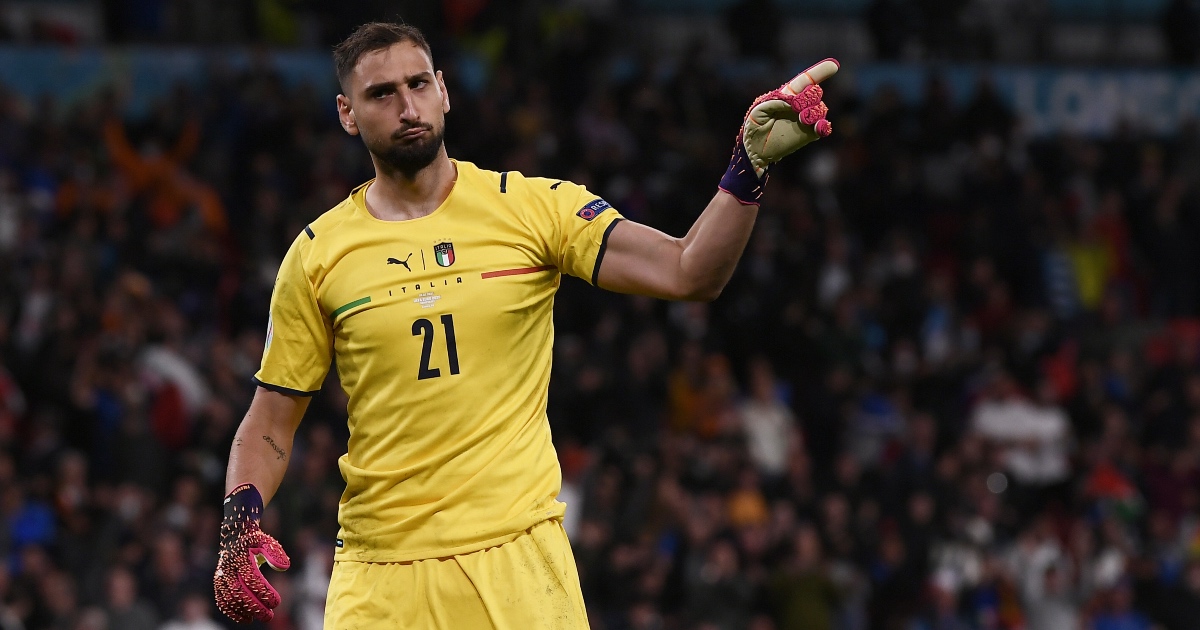 Paris Saint-Germain have completed the signing of Euro 2020 Player of the Tournament Gianluigi Donnarumma.

The Italy shot-stopper, who saved two penalties in the shootout victory over England, has signed a five-year deal at the Parc des Princes.

He’s joined on a free transfer after running down his contract with boyhood side AC Milan.

Speaking to PSG’s official website, Donnarumma said: “I am delighted to be part of this huge club.

PSG have beaten a host of Europe’s top clubs to the player’s signature.

He was wanted by Chelsea, Manchester United and Barcelona following the announcement of his departure from Milan.

Barca were particularly keen to sign the 22-year-old as part of their plan to strengthen the squad using free transfers.

The Catalan giants are struggling financially and might need to sell Antoine Griezmann, among others, to balance the books.

Donnarumma has been an integral player at the San Siro ever since making his debut at just 16.

He made over 250 appearances for the Italian giants, keeping 88 clean sheets.

The shot-stopper proved his class on the international stage as Italy won their second ever European Championship.

Donnarumma will rival Keylor Navas for a starting spot under manager Mauricio Pochettino.

Despite reports linking him with a summer exit, it appears Navas will stay in Paris to fight for his place.