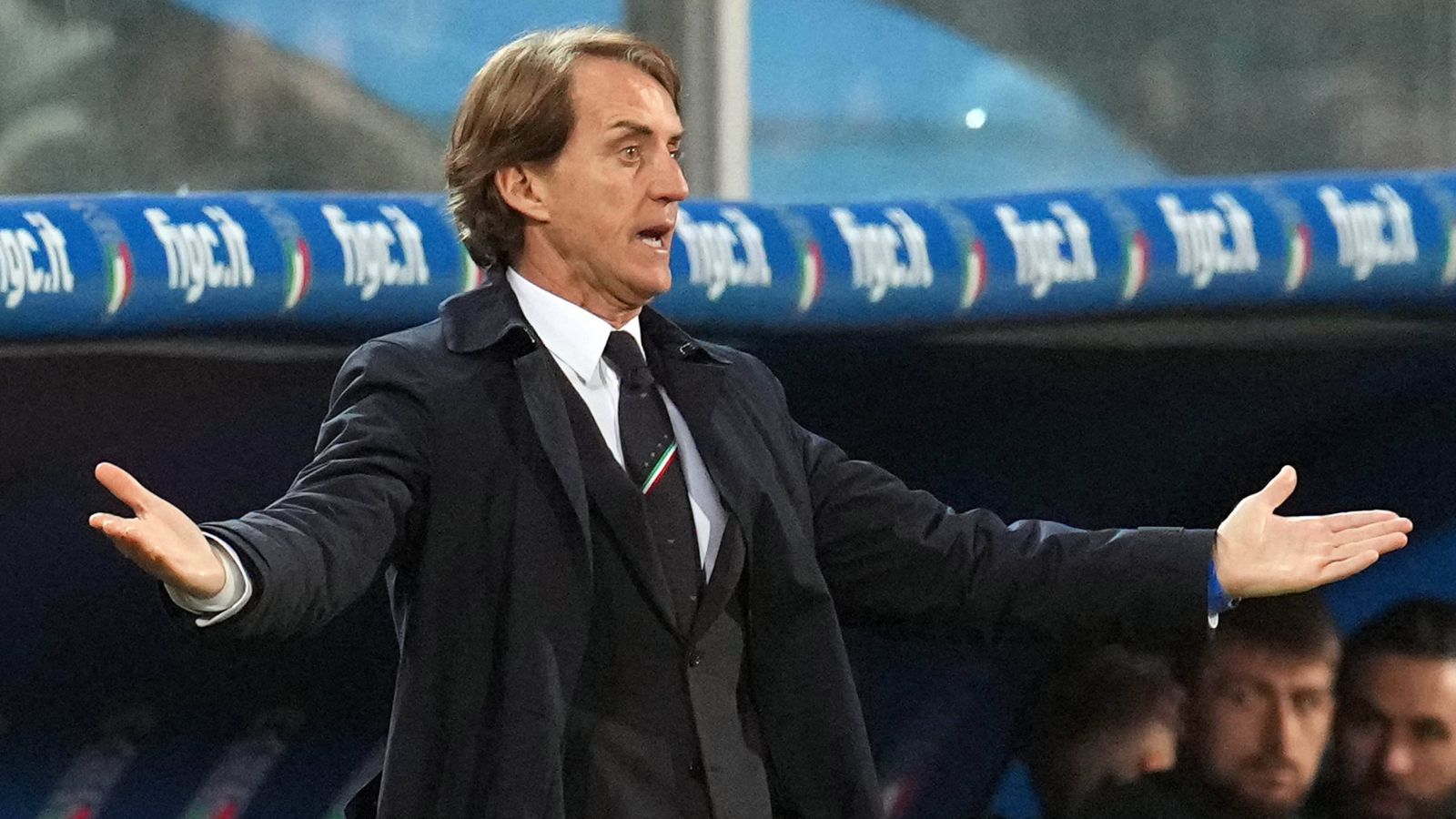 Italy do not want to part with head coach and prospective Manchester United manager target Roberto Mancini, despite their inability to qualify for the 2022 World Cup.

That failure to reach the tournament in Qatar this winter could accelerate Manchester United plans that were first reported in November.

Mancini was named as a surprise ‘wild card’ contender for the permanent manager’s job at Old Trafford by the Daily Telegraph, but the club’s hierarchy were only expected to explore his availability ‘depending on how his situation with the Italian national team develops’.

It was claimed that Italy losing in the play-offs and missing out on the World Cup later this year ‘could present United with an opportunity’ to pursue Mancini.

The 57-year-old was reluctant to discuss his future after the North Macedonia defeat, saying he was “too disappointed” to look that far ahead.

“In July, the Wembley victory was the best thing; this is the biggest disappointment of my career,” Mancini said, as reported by Italian newspaper La Repubblica.

“We did everything we could to try to win. Some games are like that, difficult to talk about. Incredible things happen in football.

“The success in the European Championship was deserved, then the luck that accompanied us turned into total bad luck.

“I am very sorry for the group. On a human level, I can say that I love the kids more now than in July.

“This national team has good players and a great future. Now I feel too disappointed to speak about my future, we will see.”

“We must accept these verdicts, I am embittered for our fans,” he said.

“The great joy of last summer remains, but also the disappointment for this unexpected elimination.

“Mancini? I hope he continues, he has a commitment to a project and I hope he can quickly dispose of the waste.”

Ajax manager Erik ten Hag is still thought to be the leading candidate for the Manchester United post, having interviewed well earlier this week.

But Paris Saint-Germain coach Mauricio Pochettino remains in the running, along with Julen Lopetegui and Luis Enrique.

Thomas Tuchel of Chelsea is no longer thought to be a realistic option.