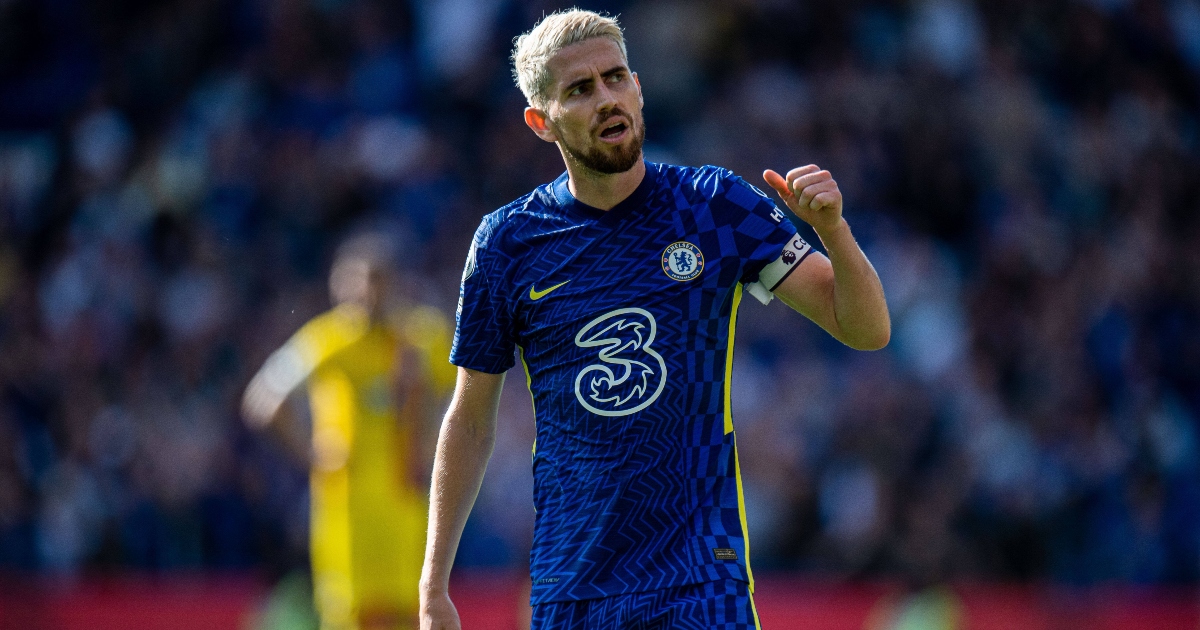 Agent of Chelsea midfielder Jorginho has said a return to Italy after winning the World Cup with his country next year would be a ‘dream’ scenario for the player.

The 29-year-old enjoyed an excellent 2021/22 campaign, winning the Champions League with the Blues and Euro 2020 with Italy, as well as being named the UEFA Men’s Player of the Year.

His future at Stamford Bridge remains uncertain, however, with his contract expiring in 2023.

Barcelona, Juventus and his former club Napoli are said to be monitoring his situation.

He is yet to be offered a new contract by the west London club and recently joked about accepting a ten-year contract at Chelsea:

He said: “On the contract I say that I have not had any offer and now I do not even think about it, honestly. But at 29 you already talk to me about finishing your career but I want to play up to 40… (laughs, editor’s note). If they make me a ten-year contract then yes…”

However, his agent, Joao Santos, said (via the Metro): “He has a contract with Chelsea until 2023.

“Obviously, it would be a dream for him to return to Italy, hopefully after winning the World Cup.

“We’ll have to see what the market looks like in a couple of years and what the other situations are.”

Furthermore, Santos revealed there was a serious ‘possibility’ Jorginho could have joined Juventus when Maurizio Sarri was in charge of the Serie A side.

“In the past, when Maurizio Sarri was the coach, there was a possibility that Jorginho would come to Juventus,” he added.

“The Juventus director made an approach, it was a possibility.”

The Chelsea man played down rumours in July that he could leave the Premier League outfit:

“How could I want to leave the club?

“I’ve got two more years and like I said, I really feel at home here. So there’s no point actually even talking about it.

“And we have only just started under Thomas [Tuchel] – we’ve got a lot more to do here.”