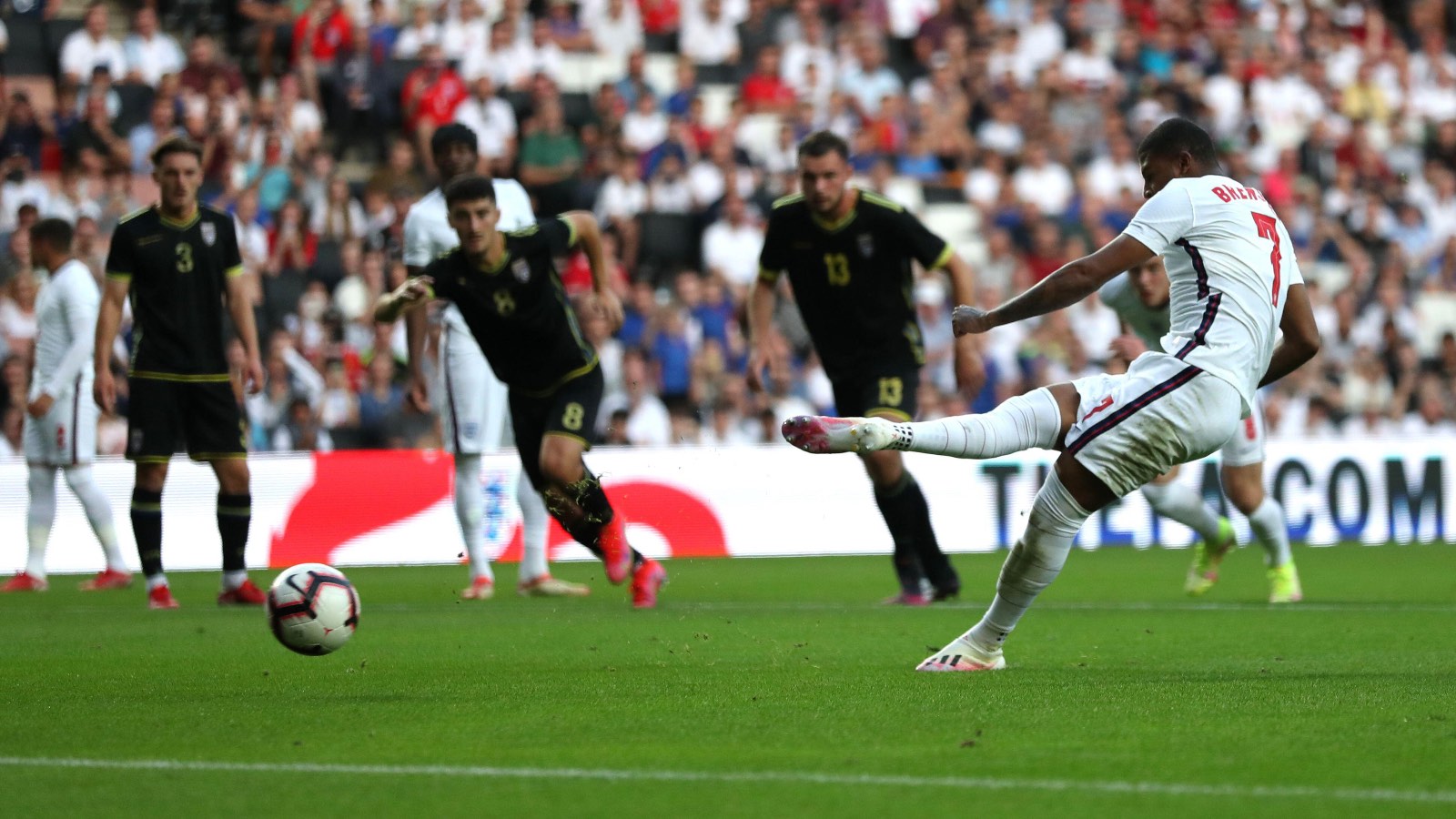 The forward tripled his goal tally for the Young Lions in Pescara as Lee Carsley’s side began their countdown to Euro 2023.

READ MORE: Liz Truss and the Premier League prepare to kick regulation into touch – and no-one is surprised

Brewster had scored just once in 16 previous appearances but made his case to be Carsley’s hitman next summer having impressed since recovering from a serious hamstring injury which wrecked last season for the Sheffield United striker.

Skipper Nicolo Rovella was sent off for Italy late on after collecting two yellow cards as England cruised to victory.

Carsley had Italy’s highlights on a loop in the canteen at St George’s Park to give his squad as much information as possible, such is the lack of time he has with them before they next meet in March.

The boss wanted to test his side – who host Germany in Sheffield on Tuesday – and they had clearly taken heed of any messaging as they raced into a 2-0 lead.

Conor Gallagher was taken out by Edoardo Bove after just a minute and Brewster stepped up to give the visitors the lead from the penalty spot.

The Blades forward – who has scored just three league goals in the last two years – then added a cute second after just five minutes.

Gallagher was again involved, allowing Angel Gomes to dart through the Italy midfield and find Brewster running behind to dink a fine finish over the exposed Alessandro Plizzari.

Andrea Cambiaso headed over before Chelsea’s Gallagher was denied a third after 15 minutes when Caleb Okoli produced an excellent block.

England were comfortable but still needed Brewster to nod Rovella’s header off the line just before the break.

Carsley’s side almost went into the interval 3-0 ahead when Levi Colwill hit a post in first-half stoppage time.

The hosts tried to recover and Lorenzo Colombo fired over early in the second half but England restricted them to speculative efforts.

Cole Palmer saw Plizzari spill his low drive just after the hour, before Carsley made a host of changes including replacing Brewster for Folarin Balogun.

England maintained their composure, in a professional and controlled performance which will please the boss, although they almost allowed Italy a lifeline when Colombo headed over.

The night then ended as badly as it had started for Italy when Juventus’ Rovella, on loan at Monza, earned a second yellow card for a reckless tackle on Jacob Ramsey with four minutes left.