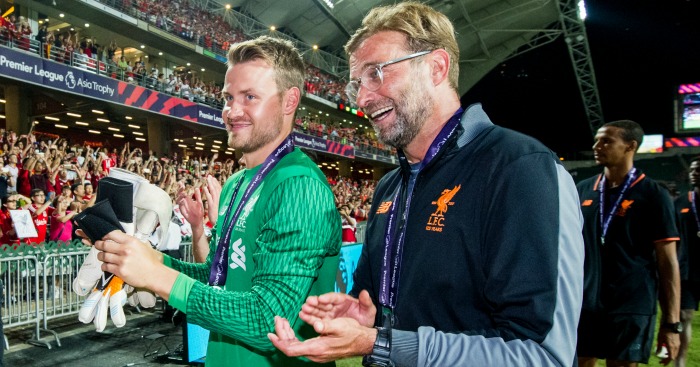 Turkish Super Lig side Besiktas have made an approach to Liverpool for goalkeeper Simon Mignolet.

Press Association Sport understands talks have begun between the two clubs about the Belgium international, whose future at Anfield was in doubt even before the Reds made Alisson the world’s most expensive goalkeeper earlier this month.

Mignolet fell down the pecking order at Liverpool last season, losing his place to Loris Karius whose two errors in the Champions League final defeat to Real Madrid led to manager Jurgen Klopp spending £65million to bring Roma’s Brazil international to the club.

Barcelona were linked with the Belgium earlier this week. Difficult choice.

The Serbia international has not featured for the Reds since a late substitute appearance against QPR in May 2015 – five months before Klopp replaced Brendan Rodgers as manager.

Since then the 24-year-old, a £20million signing from Benfica by Rodgers in the summer of 2014, has had loan spells at Fenerbahce, Sporting Lisbon, Hull and Anderlecht.

Markovic is currently with the first-team squad for their International Champions Cup campaign in the United States but has played a minor role in pre-season.