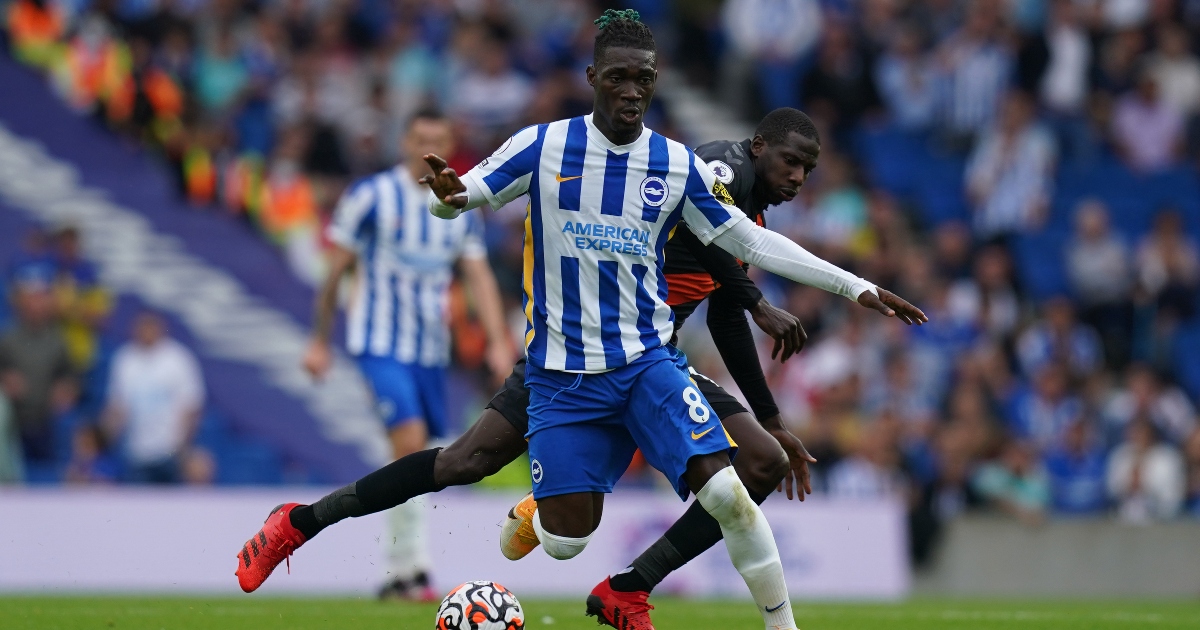 Brighton midfielder Yves Bissouma has told Glenn Murray he believes that he is the best midfielder in the Premier League.

The Malian signed for Brighton in 2018 and struggled for regular playing time under then-manager Chris Hughton.

However, since the arrival of Graham Potter the midfielder has become a crucial player for the south coast club.

His performances have gained plenty of praise from fans and pundits, but the player himself has told Murray that he is the best in his position in England’s top flight.

Speaking to Murray for BBC‘s Football Focus, he was asked who he thought was the best central midfielder in the league, to which he replied: “I don’t want to be arrogant, but it’s me because in my head I am working to be the best.

Bissouma has attracted interest from several big clubs, but the player is happy at Brighton and looking forward to this season.

“So we just have to work towards that and we are working for that.”

The Seagulls welcome Leicester City to The AMEX Stadium on Sunday afternoon.

Potter will be without defender Adam Webster for the match as he has been ruled out until after next month’s international break.

The 26-year-old came off in the first-half of last weekend’s 1-0 win against Brentford.

Ahead of Sunday’s match, Potter said: “Maybe the other side of the international break is where we’re looking with him [Webster], if we’re being sort of fair to him and a bit of recovery.