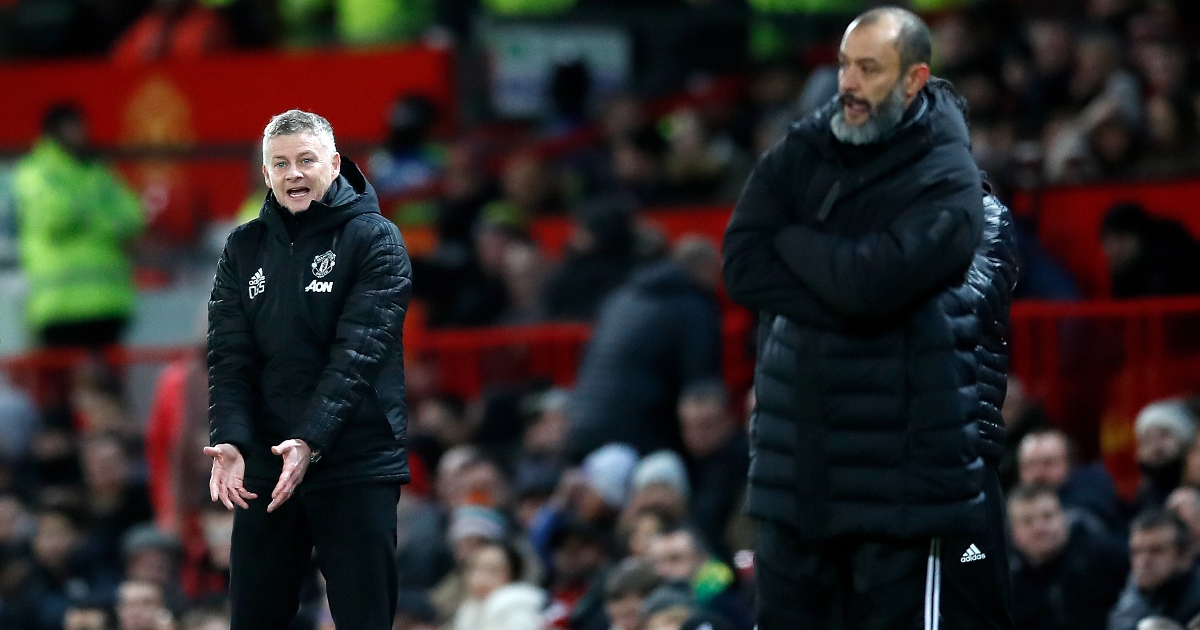 Manchester United manager Ole Gunnar Solskjaer has expressed his sympathy for Nuno Espirito Santo after he was sacked by Tottenham Hotspur.

The north Londoners announced the decision to relieve Nuno of his duties on Monday morning.

The announcement came two days after Spurs were beaten 3-0 at home by Solskjaer’s United side.

“It’s never nice to see good men lose their jobs, he’s been working hard and I don’t know what the situation is at Tottenham but as a colleague, you are never happy when that happens,” the United boss said.

“You try to get in touch with him and tell him your feelings.”

The win against Spurs may have been the final nail in Nuno’s coffin, but it gave Solskjaer a crucial victory in his bid to survive as Red Devils boss.

Pressure has slightly eased on the Norwegian manager after Saturday’s victory, but all eyes are still fixated on his side as they prepare to face Atalanta and Manchester City this week.

In terms of the pressure he is under, and the criticism he has recently faced, Solskjaer insists he ‘enjoys it’.

“Criticism can make you doubt yourself or you can stand up for yourself. I’ve always enjoyed it, keep it coming,” he said.

“We’ve all got different jobs and it is their jobs to give their opinion. I am not here to fight with anyone.”

There were reports that the United players had ‘lost faith’ with Solskjaer, but the manager claims his side didn’t need the Spurs win to improve their belief.

He said: “That belief was there before the game against Liverpool. Both games are the past, doesn’t change anything for us.

“The reaction from the players was good, it is always difficult to handle a loss against biggest rivals. We let (the fans) down that time, but that is the past. We focused on Tottenham, now we must forget that win and think what we can do vs Atalanta.”