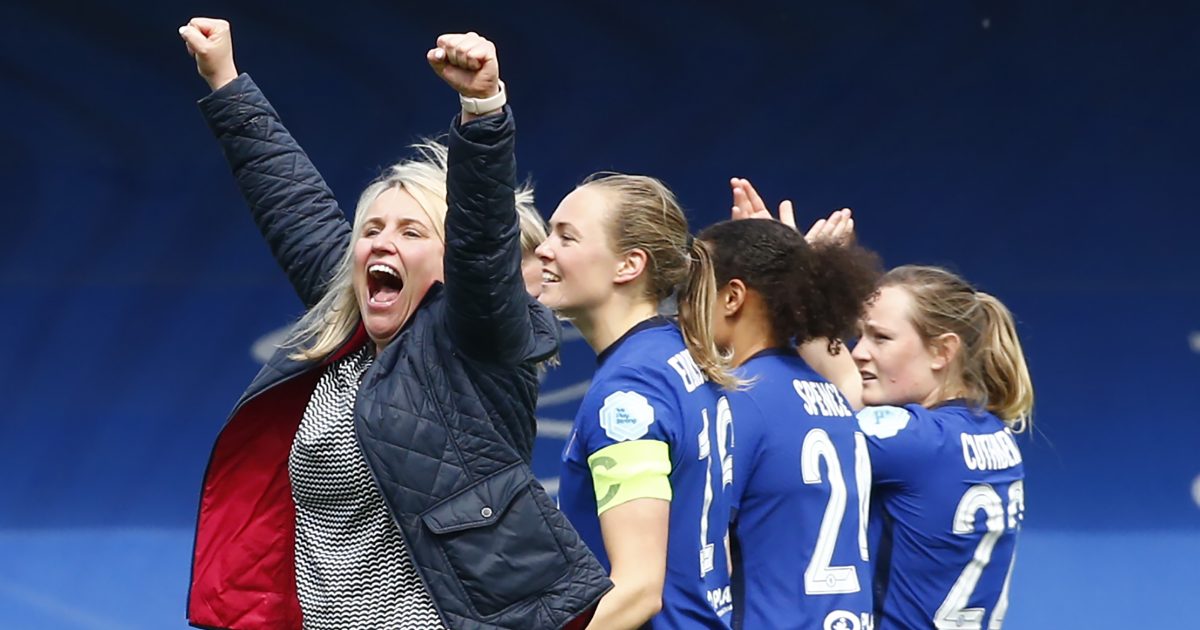 Chelsea boss Emma Hayes has declared her feeling that “it’s our time” ahead of her side taking on Barcelona in the Women’s Champions League final.

The Blues, making their debut appearance in the final, face Barca in Gothenburg on Sunday, a week on from wrapping up a second successive Women’s Super League title.

When asked at a press conference in the build-up to Sunday’s contest about the important WSL games Chelsea had been playing of late, Hayes – whose team are on course for a potential quadruple, having also retained the League Cup in March – said: “If I was to reflect on this period, have we got better every week, even when we’re not at your best? Yeah.

READ MORE: The impossibility of the Premier League winners narrative

“The amount of times people say ‘oh my god your team played so well’ and I was thinking ‘no we didn’t’ – but we won, and that’s a special thing to have.

“It’s our time. There’s so many players in that dressing room that can win the football match for us. We’ve seen it in recent weeks, the amount of players that have popped up all over the pitch to determine the outcome.

“I really respect Barcelona, I do, but I cannot wait to play them.”

Barcelona, runners-up in 2019, got past Manchester City in the quarter-finals and have scored 128 goals and conceded just five in 26 Spanish top-flight matches this term.

“They have been exceptional not just this season, I think for many, many seasons,” Hayes said.

“They have been beaten finalists, they have experience of doing that. For once we’re the underdog – in the bookies’ eyes I might add.

“But I think we are approaching our best form. I really believe there’s another level in us, I really do.

“I’m so looking forward to the weekend, to watch us find that level again, to see us compete for the honour of champions of Europe.

The 44-year-old said she was sure she will walk out at Gamla Ullevi on Sunday with “a big fat smile on my face, because I have the best job in the world, with the best team in the world, and I’ll enjoy every minute of it”, adding: “I’m ready, we’re all ready, we can’t wait.”

Hayes was involved the last time an English club were in the final, as assistant to boss Vic Akers when Arsenal won it in 2007 as part of a quadruple.

She describes Arsenal’s achievement then as “unreal”, and said of that team and hers now: “The mentality in the dressing room, I think they’re similar. Different coloured kits, similar playing styles, I think on some levels. Similar characters. The difference is I think we’ve got more strength in depth than that team did.”

She went on to become Chelsea boss in 2012, and subsequent honours have included four WSL titles and two FA Cups.

Hayes says “being a winner is what drives me” and that she has “always wanted to blow the sport up so I’m proud to say I think I’ve played my part in doing that”.

She added: “It was my calling. I’ve never been to a card reader ever in my life bar once, and she told me I would do amazing things at Chelsea and I would inspire generations of little girls.

“So I’m just fulfilling what I should be doing. The rest of it is sheer hard work by lots of people, players, staff.”