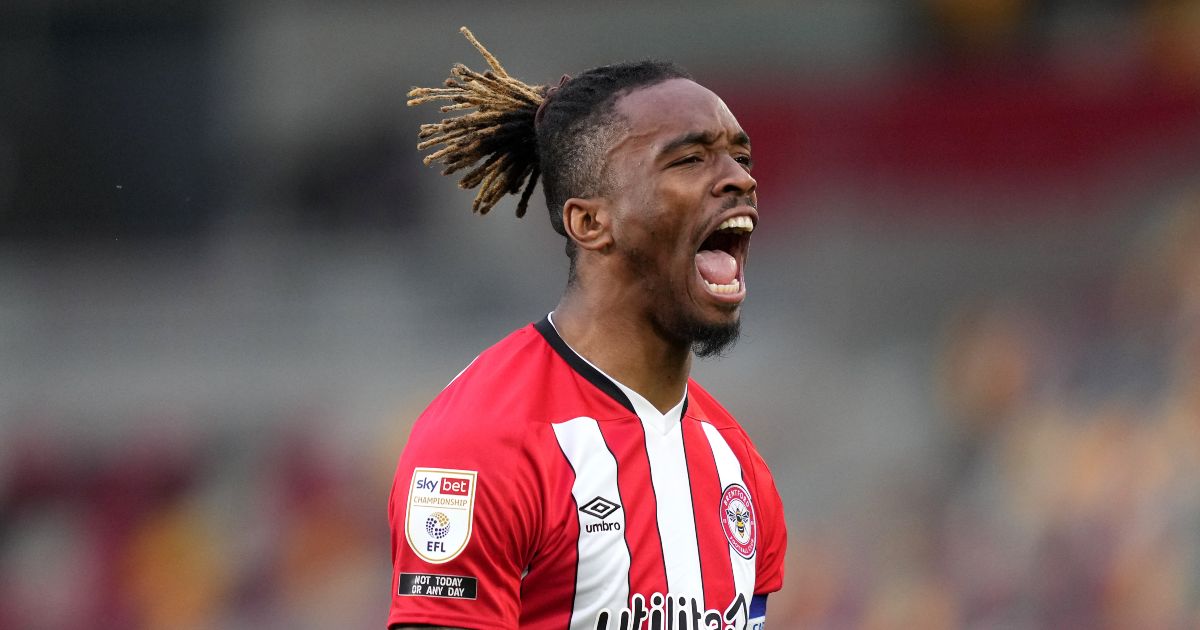 Go back to Northampton, from where the lethal goal-getter Ivan Toney hails, and the mention of his name gets a mixed response from fans of his first club, the Cobblers.

Toney was born and raised in the East Midlands town known for its shoemaking industry, and while the 25 year-old has leathered in 29 goals and counting for Brentford this season, Northampton Town are unlikely to see much benefit from a potential big-money move over the summer.

Rumours suggest potential interest from Aston Villa, West Ham and Arsenal but officials at the Sixfields club Northampton will be ruing the day that Toney was sold to Newcastle United for a paltry fee, reported by the BBC to be just £200,000. It’s a double whammy that the Cobblers’ local rivals Peterborough United are likely to make a bundle on any transfer for the £35m-rated man after securing add-ons that could net them in the region of £4m from any further sale. Tottenham are the latest club linked.

But Northampton fans cannot be too bitter about the hot-shot, who became the youngest ever Cobbler when making his debut at just 16 in an FA Cup tie at Bradford City.

Sky Sports journalist Jefferson Lake, at the time the Cobblers reporter for the Northampton Chronicle and Echo, remembers a plucky teenage Toney, itching to get in the first team: “He was a very confident boy even then and would often ask the managers if he was playing at the weekend, when he was still a youth-team player and then of course burst onto the scene v Dagenham and Redbridge.”

His first career goals were characteristically coolly taken, and crucial too with a 2014 brace at Dagenham helping Northampton win a relegation battle against non-league football. “He’s one of our own,” chanted the Cobblers’ fans, but he was soon to belong to a north-east outfit.

Today in 2014 Ivan Toney opened his scoring account for the Cobblers with a brace of goals v Dagenham & Redbridge. @ntfc #ntfc Here is a look back at the goal👇👇 pic.twitter.com/ayeoUcqA6n

Toney’s second against the Daggers, an audacious over-head kick, presumably alerted former Northampton boss Graham Carr, then chief scout at Newcastle. The Magpies had Toney well watched before swooping in 2015 to take him – 19 years old and hitting his stride – to St James’ Park. ‘Financial pressures’ at Northampton were blamed for the relatively low-key £200k fee which stung even more as a £500k move to Wolves had fallen through just before Toney went to the Toon. Then Cobblers boss Chris Wilder was the selling party, another big name who had Toney’s talent in his hands briefly along with his predecessor Aidy Boothroyd, who gave the forward his Northampton debut as a teenager.

However, both Wolves and Newcastle were to join Northampton on the ‘what could have been’ list of clubs who failed to get a tune out of Toney. He went on loan to Barnsley, Shrewsbury, Scunthorpe and Wigan, gaining plaudits but still yet to fill out his frame, and was always unlikely to leapfrog Aleksandar Mitrovic and Ayoze Perez in the St James’ Park pecking order.

The beneficiaries were the wily Peterborough United duo of club owner Darragh MacAnthony and his right-hand man Barry Fry. This Posh pair have uncovered so many rough diamonds, they may as well have a sponsorship with De Beers.

The Peterborough brief after the £300k signing was clear – give the striker a run in the team, watch the goals flow and the suitors appear at the shop window. An incredible 49 goals in 94 games at London Road, including a 30-yard wonder volley v Dover in the FA Cup, was enough to get Matthew Benham’s moneyball computer cranking at Brentford in August 2020 for a deal suggested to be a snip at £5m rising to £10m.

⚽️ GOAL OF THE SEASON ⚽️

Now with Toney adding muscle to his in-your-face mentality and killer eye for a finish, he has rattled in 29 goals and counting at Lionel Road for Brentford in the Championship. The Bees’ striker has hit a sweet spot and his goals have left Brentford well poised at the top of the play-off positions for a pop at the Premier League.

Such a goal tally will naturally bring interest from super-clubs at home and abroad for this young English talent, who has pulled himself up from League Two to a sniff of the top table.

Few can begrudge Toney, the lad from humble beginnings thumping in goals in the cages on Northampton’s Eastfield estate, a chance to scare Premier League defenders, be it with Brentford or elsewhere.