Home All The News Ivanovic: Costa will be ready for next game 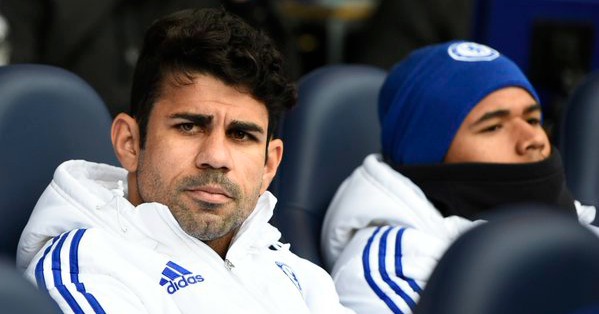 Branislav Ivanovic insists the needs of the team must come first as Chelsea reflect on Diego Costa’s display of petulance in Sunday’s goalless draw with Tottenham.

Costa remained on the bench for the duration of the Barclays Premier League showdown at White Hart Lane and in the final moments tossed his substitutes’ bib over his shoulder in the direction of Jose Mourinho.

Mourinho laughed off the Spain striker’s ill-temper, also stating that he understands why he was upset at not being involved in the London derby.

“If he wants to hurt me, it’s not with a bib. I have a good relationship with him, no problems,” Mourinho said.

Ivanovic, Chelsea’s captain in the injury-enforced absence of John Terry, believes Costa will react to his omission from the team in a positive way.

“I expect Diego to come back strongly. We start the season as a team and we have to finish as a team,” Ivanovic said.

“Sometimes for a player who isn’t playing it’s difficult but it is a normal situation for the club.

“This is important. When we start losing we all know it’s not about the one or two players playing badly or playing well – it’s about the team.

“Diego didn’t play against Tottenham but he’ll be ready for the next game.

“He scored against Norwich – the winning goal. It’s all about the team. We all have to think about that.”

If Mourinho decides Costa’s lack of form and public display of frustration in north London warrants another shift on the bench, then Eden Hazard is happy to continue filling the role of Chelsea forward.

Hazard was superb against Tottenham with Mourinho acclaiming it as his best performance of the season.

“I have played on the left, on the right, recently in the number 10 role, and I just enjoy playing. I know to give my all wherever I am on the pitch,” Hazard told Chelsea TV.

“We want to finish in the top four and we know it’s difficult but we will try. We will continue to work hard and continue to take pleasure from our game.”

The draw keeps Tottenham knocking on the door of the top four – they are two points adrift of fourth-placed Arsenal and only four off leaders Manchester City – but playmaker Mousa Dembele refuses to consider a title challenge.

“We have the confidence to win any game if we have the same mentality we have now. You want to end up first but we don’t think that far ahead,” Dembele said.

“The next game is important and every week is a massive challenge. We are more confident and that’s something we’ve worked on for a long time.

“Maybe in the past it was different, more people were sure of their spots, but at the moment everyone is capable of playing and that is something I hope will make everyone focus, including myself.”