Home All The News Ivanovic: We lost control of our minds at Chelsea 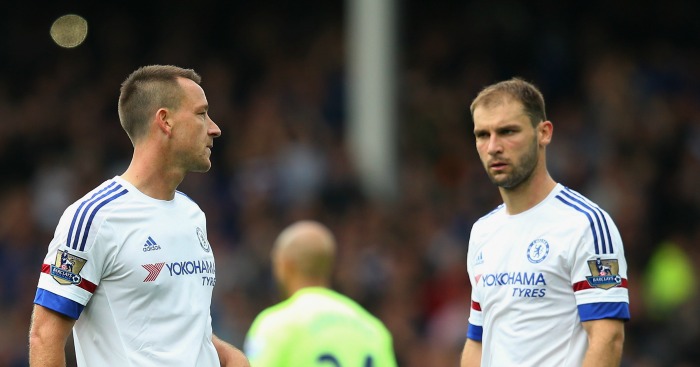 Chelsea defender Branislav Ivanovic has admitted that the players were entirely at fault for Chelsea’s disastrous title defence.

The Blues dropped as low as 16th as they won just four of their first 16 Premier League games of the season, and Jose Mourinho paid the price with his job.

Ivanovic’s own form was particularly abysmal but the player and club have recovered to sit just three points outside the top six.

“We didn’t know what was going wrong around us,” Ivanovic told the Daily Mail. “No-one inside the club knew. We finished brilliantly last season. We won the trophy. We knew how difficult it was.

“Jose told us the hardest season in football is the year after you win because everyone else has extra motivation. We were ready for that, but we didn’t start well and we lost control of our game, of our minds.

“For me that period of three or four months was one of the most disappointing moments in my career. Player by player, we could not deal with the pressure of what being champions of England means.

“Your opponents have big motivation and they look at you differently, they start to be scared of you.

“But when we didn’t win for six or seven games, people realised we were not as strong as last season. They could use that. And then they weren’t scared of us. This was our problem as players.

“I took criticism from the public, but I was more critical of myself. All players are most critical of themselves.

“I tried to find the reason why I was not performing as I was last season. We gave everything last season. Even more than we could. And we didn’t realise how dangerous it was to be champions. We fell down quickly. We didn’t know what was going on around us.

“I had an injury and was not 100 per cent clear in my head what I was doing, what I had to do.

“Football is about players. The managers are not on the pitch. It is 11 against 11. You have to be better than your opponent and, at the beginning of the season, we weren’t.

“The players were more responsible for that situation than the manager. Of course it is difficult in football to change 25 players halfway through the season.

“But I think at this club if (Abramovich) could have, he would have changed all of us as well. It’s difficult to say it was only one guy’s responsibility.”