Home All The News Iwobi: Arsenal must be tactically adept defensively 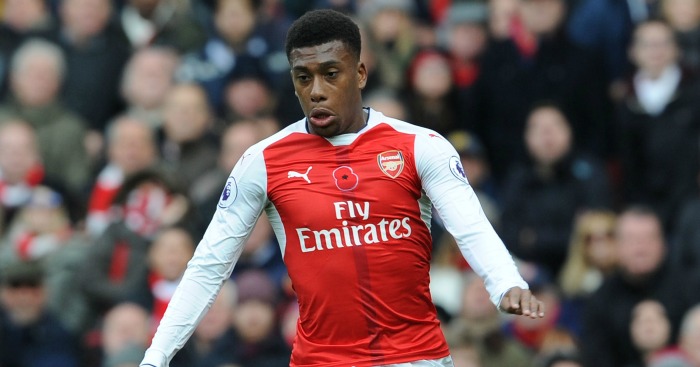 Arsenal forward Alex Iwobi believes the Gunners must focus on defensive solidity if they are to get a result against Manchester City.

Arsene Wenger’s side face a trip to the table-toppers on Sunday, with Pep Guardiola’s side five points clear at the top of the Premier League.

The Nigeria international is optimistic however that Arsenal have the quality to hurt City, who have won their last 14 games in all competitions.

“The attacking players we have will always create chances and should be able to get a couple of goals but we need to tighten up in defence especially against a team like Man City,” Iwobi told the Arsenal website.

“They are great going forward, they have been getting a lot of goals for fun and they are very dangerous going forward so we have to be tactically adept defensively.

Iwobi has made just four appearances in the Premier League this season, hinting that manager Arsene Wenger has told him to work on his end product and defensive work rate.

“The boss always said for me to earn my spot back, I had to work hard defensively and also add goals and assists to my game which I have been trying to do,” he added.

“So I have been working on that especially in pre-season.

“It is something I have to add to my game if I want to play and to improve my game in the long run.”