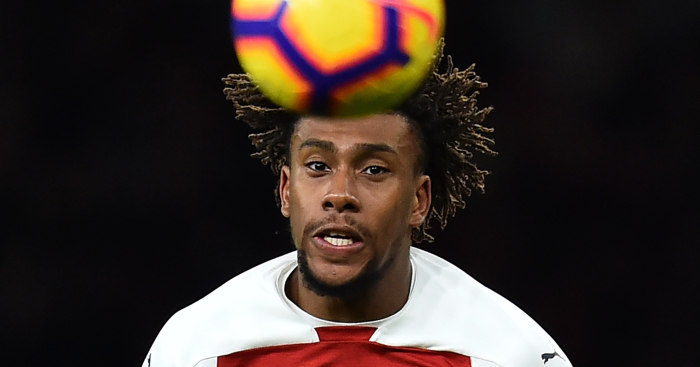 The average age of the side was reduced even further when 17-year-old Bukayo Saka replaced Iwobi for the final few minutes.

It was a potentially tricky encounter for Arsenal against the League One side on a bumpy Bloomfield Road pitch, with Blackpool having given the Gunners a good game in the Carabao Cup earlier this season, but there were few alarms for Emery’s side.

Iwobi said on arsenal.com: “We knew it was going to be difficult and it’s not like the Emirates where it’s a big pitch. It’s all tight and compact, but we managed and we were able to focus on the game and do well.

“Blackpool are a good team. They fight well and they win aerial duels and we knew we were going to be up against it but we dug deep to get the result.

“It’s good that we have youngsters like Joe and Eddie who came in and did well. Even Bukayo Saka who came on. We have a lot of pace in the team.

“It’s one for the manager, there’s going to be a lot of headaches for who he has to play if we keep on fighting for positions and getting three goals.”

Much of the focus on Blackpool was away from the pitch, with a protester delaying Arsenal’s departure from their hotel by sitting on top of their team bus, while the boycott of matches by fans unhappy with Owen Oyston’s ownership of the club continued.

Manager Terry McPhillips was disappointed by a lack of cutting edge but hopes his team’s cup exploits can translate to an improvement in league form, where they have taken only one point from the last five games.

He said: “The first goal kills us in respect of we shouldn’t have given the free-kick away and then we didn’t react well enough. In the second half I obviously wanted us to get the next goal.

“When we got the next goal at their place they went a little bit. That was the key, we didn’t get it. There weren’t many clear-cut chances. We had lots of balls around their box and I think we had six corners and some free-kicks but we didn’t do well enough like we did down there.

“The game’s gone now and we dust ourselves down and get back to the league games where we need to get back to winning ways. We’ve enjoyed the cup runs and I think we’ve made the club a large amount of money and given a good account of ourselves.”

McPhillips must wait on the fitness of goalkeeper Mark Howard, who was forced off in the second half with a groin problem.