Home All The News Iwobi: It would be ‘huge setback’ to lose Sanchez, Ozil 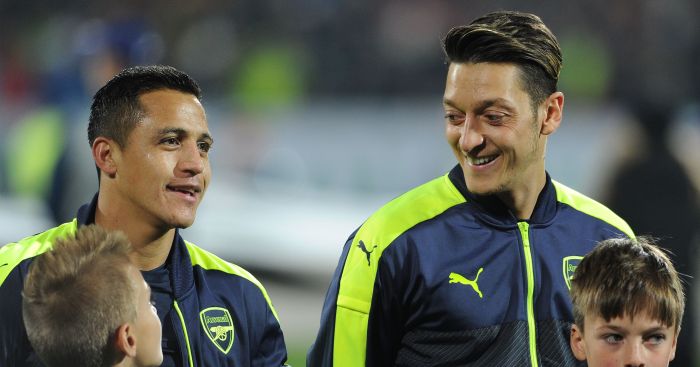 Alex Iwobi has described the prospect of losing Alexis Sanchez and Mesut Ozil as a “huge setback” to Arsenal.

Sanchez and Ozil have entered the final 12 months of their contracts in north London with extensions not on the horizon.

The pair are two of the club’s biggest ever signings, but are set to leave on a free transfer upon the expiration of their current deals next summer.

There is a slim chance that either Sanchez or Ozil stay, but with the Gunners thought to be willing to sell the latter to Manchester United, it seems unlikely.

Sanchez is expected to join United’s bitter rivals Manchester City next summer, and Iwobi accepts that would be a blow.

“When they are fit they are unstoppable. They are both capable of changing a game or a season,” Iwobi told the Sun.

“They have a big decision to make. But it would be a huge setback to lose them because from the stats you can see we do need them for their goals and assists.

“For a team like Arsenal, we need to be aiming for the top four and we need what they bring.

“It will be great for them to stay. I’ve learnt a lot from them. Just the opportunity to even train with them has been amazing. They are two top-class players with great experience having played at the top level.”