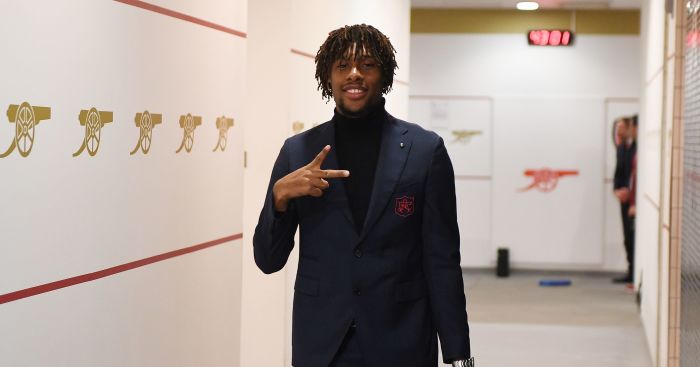 Alex Iwobi has revealed that he had three offers to leave Arsenal as a teenager during a “weird” start to his career.

The Nigeria international has now made well over 100 appearances for the club since making his debut over three year ago.

Unai Emery’s arrival at the Emirates Stadium has been like a breath of fresh air for the 22-year-old with Iwobi producing a number of good performances this term.

And he admits his career could have easily taken a different path completely with offers from Celtic, Southampton and Crystal Palace – with people urging him to leave Arsenal at the time.

“There was three of us at the time and we were basically told: ‘Stay if you want, or if not you are free to go’.

“It was up to me and at that moment I went to the Crystal Palace training ground to see them.

“I had offers from Celtic and Southampton as well. Celtic was the main one but I wasn’t ready to go to Scotland.

“I thought it was best to stay at Arsenal but I have to say it felt weird. I was playing for England but I felt maybe I wasn’t rated.

“My England team-mates and everyone else was getting in my ear saying that Arsenal don’t love me because they weren’t offering me a deal.

“It was hard especially because at school as well everyone was talking about it.”