Home All The News Iwobi ‘surprised’ by Wenger exit, ‘excited’ by Emery 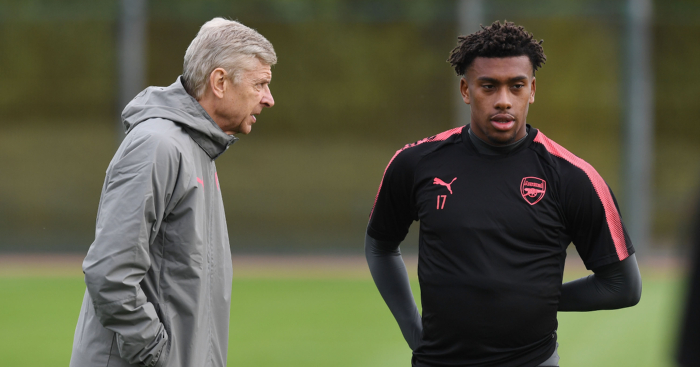 Alex Iwobi admits he “was surprised” by Arsene Wenger’s decision to leave Arsenal, but is “excited” about his replacement.

Wenger resigned from his post as Arsenal manager after 22 years last month.

Unai Emery was soon appointed as his successor, and Iwobi is “excited” to start working with the new manager.

“I was surprised by his decision,” Iwobi said of Wenger.

“He has been there for me since I joined the club and has been very inspirational and influential on my career, but I am excited having our new manager next season.

“It has always been my childhood dream [to play for Arsenal]. I have been playing for Arsenal since I was six.

“The fact I am representing them now is like a dream come true. I am always proud to wear the Arsenal colours, and long may it continue.”