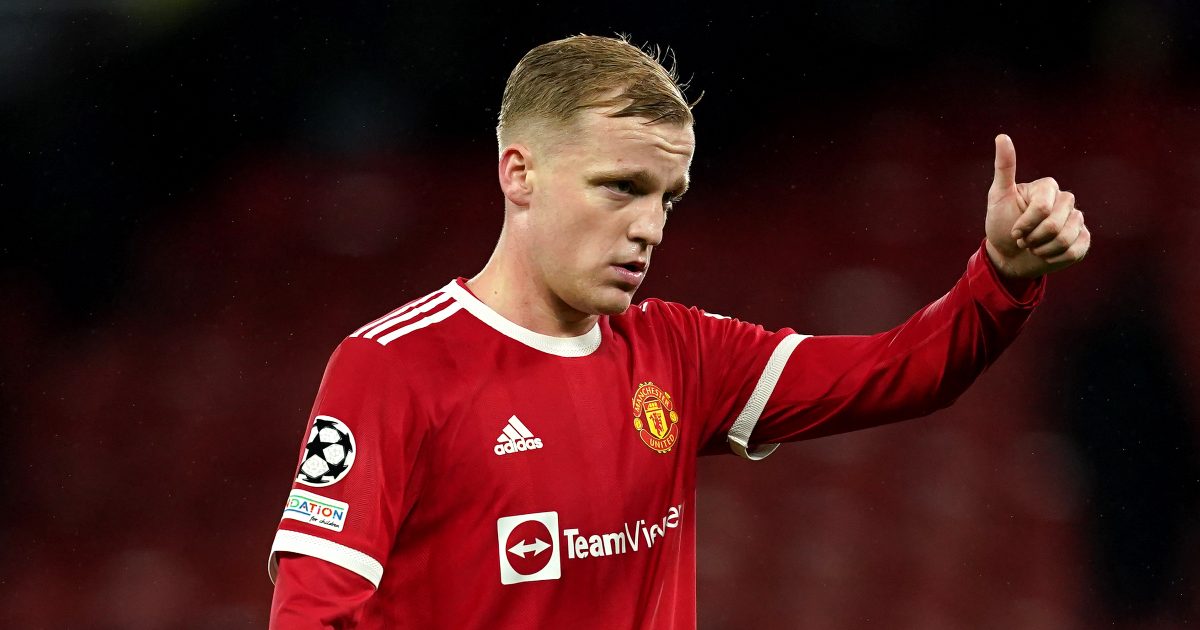 Ex-Manchester United defender Jaap Stam is hoping that Donny van de Beek’s “qualities will be used properly” while he is at Everton.

The midfielder has barely featured for the Red Devils over the past couple of years. He joined them in 2020 from Ajax for a fee that could rise to £40m.

The Dutchman did not start once in the Premier League during the first half of the 2021/22 campaign.

Van de Beek was linked with a move away from Man Utd throughout January and he exited the club on deadline day.

The midfielder was Frank Lampard’s first signing as Everton boss as he joins them on loan until the end of the season.

Stam has suggested that Van de Beek struggled to “adapt to United’s style” since moving to England:

“Donny has qualities that fit in perfectly with Ajax and the Eredivisie, but he could not adapt to United’s style of play,” Stam said (via Manchester Evening News)

“I hope he will be able to get minutes under his belt at Everton and that his qualities will be used properly.

“United would certainly not have performed less effectively if they had fielded two holding midfielders, allowing Van de Beek to play higher up the pitch and be of importance in the build-up of attacks, along with Scott McTominay and behind Bruno Fernandes.

“Luck plays its part but Donny always shows a great work ethic, runs many miles a game and is comfortable on the ball.

“He can be influential in switching play and has the capacity to succeed as a box-to-box player but he was never able to operate in that position [at United].”

“I’ve had a few good conversations with him (Lampard) already and he’s a player I’ve admired watching his whole career,” Alli said.

“To get the opportunity to work with him now is very exciting and I’m sure we’re going to do great things together.

“I just want to be happy playing football and working with Lampard and the great players they’ve got there.

“I think it’s is a great opportunity to do that. I’m excited to go there and show the fans what I can do and help the club as much as I can.”