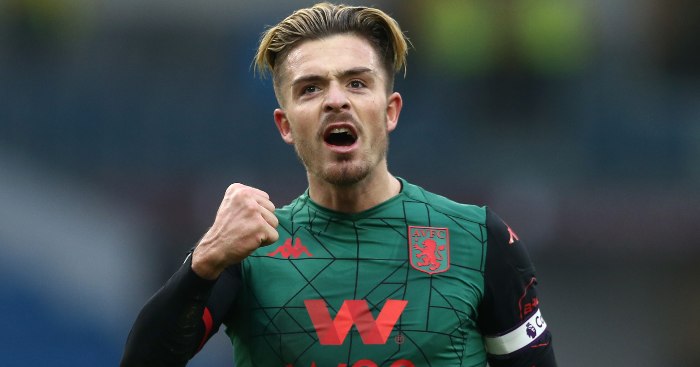 Jack Grealish helped Aston Villa through to the third round of the Carabao Cup and then admitted it had been 50-50 that he would remain at the club for this season.

Villa announced on Tuesday that their captain had signed a new five-year contract, ending speculation over his future.

Manchester United had long been linked with a move for Grealish but talk of a move to Old Trafford, or anywhere else, has been firmly put to bed with the 25-year-old’s new deal.

The truth is that Villa had priced Grealish out of any transfer.

Despite committing his future to Villa, Grealish admitted it was not guaranteed and revealed that it was a conversation with the club’s owner over the weekend that convinced him to stay at Villa Park.

Asked when he decided he wanted to stay, Grealish told Sky Sports: “Yesterday. Saying that I’ve always wanted to stay, it’s Aston Villa – a club that’s close to me and my family.

“There’s obviously been speculation through the summer but it was Saturday I had a facetime call with the owner and he said what his ambitions are for this season and it really persuaded me if anything.

“Then I also spoke to the manager and Christian Purslow who have been a breath of fresh air since they’ve come in. It was only yesterday when talks got under way and it was done within 24 hours. So it was quite an easy one for myself to sign it and get the season under way.”

My city. My club. My home. UTV ❤️ #Grealish2025 pic.twitter.com/cJFoSbdlDV

When asked if it was 50-50 whether he would stay prior to speaking to the club at the weekend, Grealish said: “Yeah, I suppose so. I had a good season last season and there was interest in myself from other clubs. But I truly believe everything happens for a reason and I just happened to sign a new contract at Aston Villa and I’ve got the biggest smile on my face.

“Last season it probably didn’t go the way we planned, although we stayed in the Premier League I think everyone involved in the club wanted to finish higher. There’s certain stuff that the owners have said to me, and the chief executive and the manager, and they’ve said their ambitions for the season.

“I’m not going to come out here and say everything, because it’s something that you keep in house, but it really persuaded me to get this over and done with.”

Grealish celebrated his new contract by scoring late on against Burton to help send his team through at the Pirelli Stadium.

The tie looked to be heading for a penalty shoot-out after club-record signing Ollie Watkins had scored Villa’s equaliser late in the first half to cancel out Colin Daniel’s opener for the League One side after only 68 seconds.

But Grealish struck a sweet volley from the edge of the area to edge Dean Smith’s team in front after 88 minutes. Keinan Davis then made sure of the victory in injury time as the 3-1 win saw Villa set up a trip to Bristol City or Northampton in the next round.

Villa boss Dean Smith said of Grealish in his post-match press conference: “He’s been courted and speculated on but we didn’t receive a bid for him.

“It’s a big boost that he is staying and a massive statement of intent from the football club and the owners. Jack is talismanic and we know what a tremendous talent he is. We are only too pleased he has agreed to stay.”