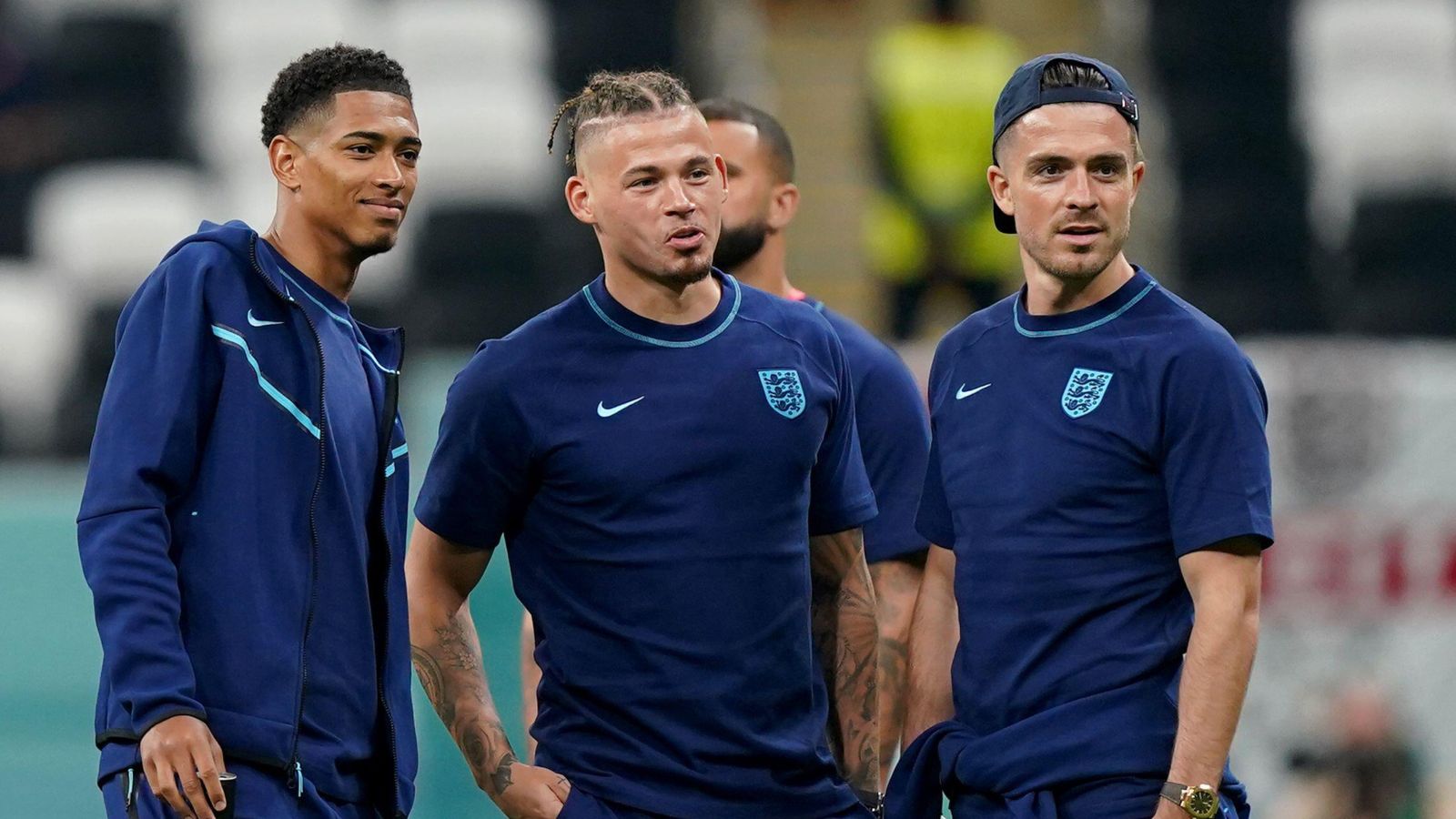 Man City star Jack Grealish has been full of praise for England and Borussia Dortmund midfielder Jude Bellingham, as the teenager “can do everything”.

Bellingham has been crucial for England in Qatar and he shone in the last-16 win over Senegal on Sunday evening.

The 19-year-old assisted Jordan Henderson for England’s opener in the 3-0 win and he later started the move for Harry Kane’s first goal of the tournament.

He has also got on the scoresheet himself, breaking the deadlock in the opening 6-2 victory against Iran which has so far largely set the tone for England.

Grealish has now joined the list of names praising Bellingham as he agreed with Phil Foden, who said the former Birmingham man could become the world’s best midfielder.

“He is a top, top lad, honestly he is such a good guy,” said Grealish.

“So mature in the way he plays, he can defend, he can tackle, he can run with the ball, he can score goals – he can do everything, honestly.

“Me personally, I knew he would shine at this tournament, honestly. I just knew he would, I think in the past year he has definitely got a lot, lot better.

“I’d like to say he’s matured, but he’s only 19 so you could say that, but I feel like he’s matured in the way plays, he’s so disciplined and stuff and like I said, the kid can just do everything with a ball.

“I don’t want to put too much pressure on him because we have other brilliant players, Phil as well, who’s world class, but he’s a brilliant lad and he’s so important for us already. He’s only 19 and I’m sure he’s got his whole career ahead of him, but if he just keeps going the way he is he will be absolutely frightening.”

There was only one area where Grealish felt Bellingham was to be found wanting – his club loyalties.

He told ITV Sport: “He’s brilliant. He’s got everything – the only thing that he hasn’t got is he isn’t a Villa fan, he is a bluenose, you can’t have everything can you!”

While Bellingham was been pivotal in taking England into a mouth-watering quarter-final against reigning world champions France on Saturday, Grealish has had to make do with a bit-part role.

The most expensive English player of all time has played just 80 minutes across four substitute appearances, also getting on the scoresheet against Iran in the process.

“I have just come on in the games and obviously I want to play,” he added.

“I would love to start every game and play 90 minutes, but I’m also aware of the talent around me in my position, there is so much talent in those wide areas.

“Whatever my job is here, I’m happy to do. I’m not going to sit here and just say I want to be on the bench, but I would never be sitting there and being like a bad egg because I’m not playing.

“I wouldn’t be thinking, ‘I want Phil or Bukayo (Saka) to do badly’, never, because they are my team-mates and I love them.

“I think that is one thing we have got here, we are like a group of brothers that get on so well off the pitch and when we get on the pitch we are one big team, we are so tight as a team and I think that is what helps us, I really do.”