Home Mailbox Are Jack Grealish and his calves overhyped or not? 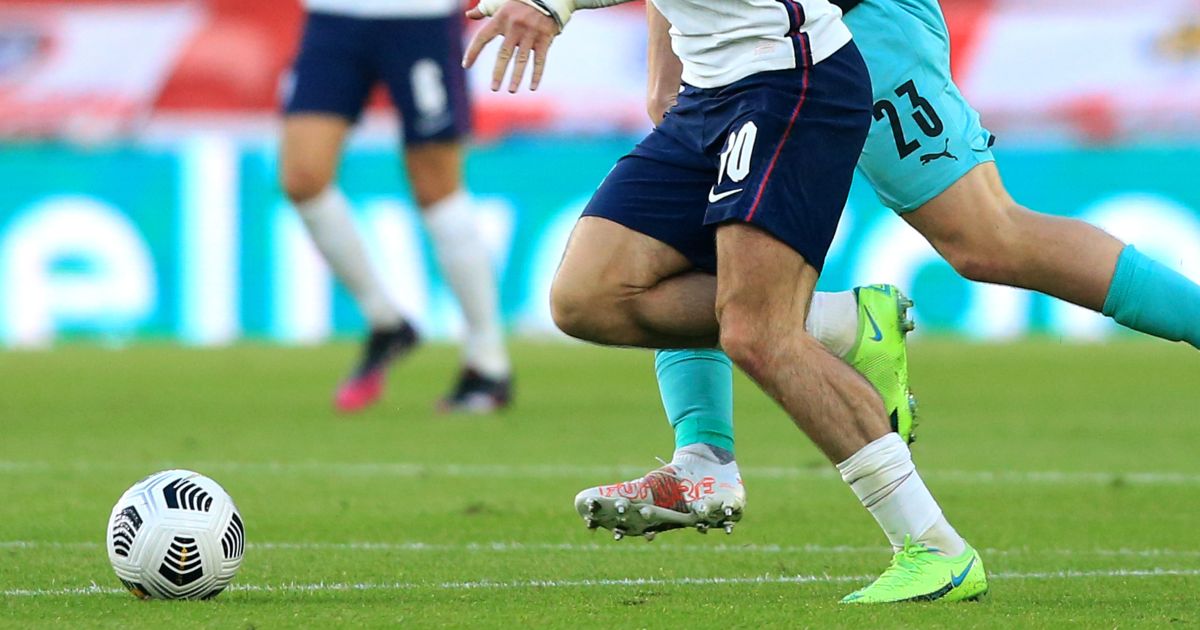 Jack Grealish and his calves dominate the Mailbox. Send your thoughts on him, his calves or anything else to theeditor@football365.com

Grealish is not the Messiah
Can we stop with the Grealish overhype? You’d have thought he was the second coming of Maradona based on the reaction to his performance on Tuesday night.

He was ok, maybe good, but certainly not great. He won a few free kicks, but also lost the ball equally as often and lay in a whining heap on the floor just as much.

He played probably one pass in a threatening situation at the right time – to Kane for the goal – and that was a pretty simple pass to make. Too many times he’s dribbled past three or four but held on to it rather than release the ball to a man in space. He also needs to look to do what he did for the goal and actually run beyond the ball carrier more often.

He’s definitely a talent and potentially should be considered a starter but this talk of comparing his impact to that of Ronaldo’s needs to stop.

Also, I’m glad someone else spotted Rice’s performance, I thought he was excellent in snuffing out danger and playing the right pass, and if you watched him closely, many of our best moves were started by him playing a forward pass (something our CMs have been guilty of not doing). The classic flanker performance in rugby where you go unnoticed for doing all the dirty work.
Bobo, Midlands

Those calves though…
Given that they are probably the most commented-upon calves in the footballing world, I find it surprising that there has been no forensic analysis of how Jack Grealish’s mighty lower legs influence his game.

Watch him walk or stroll and it’s very heel-heavy, maintaining a very upright stature. But with ball at feet, he leans forward and only runs on his toes, eyes watching the defender’s feet and massive calves ready to propel him rapidly in the opposite direction once the opponent has committed.

He may occasionally dive, but it’s the immense power from those freakish calves that sets him apart.
Dave AVFC (Grealish becomes superstar at the Euros)

Trent out so…
Now that TAA is out of the England squad, Southgate needs to decide on his replacement.

There can be only one person, Ben White, according to the SkySports website, he was an unused sub v Austria and yet in the match commentary at 90+2 he brilliantly hooked one off the line!

That dedication and commitment is precisely what’s needed if England are to have success at the upcoming tournament.
Howard (would VAR have awarded a goal?) Jones

…I must write to say how worried I am about Trent’s injury. We now lack sufficient cover at right-back. I think it is imperative we now call up Max Aarons to maintain the bare minimum of 4 right-backs in our squad. I feel it would also be wise to inform Gary Neville that he may need to climb down from the gantry at certain points during the Euros if needs must. I have also just emailed Gazza S himself to let him know that if we are down to the bare bones of only possessing three right-backs, I will sacrifice my career and call in sick, and make myself available.
All for a good cause
Michael, Farnborough

Miscellaneous stuff
Good article about reasons for England to be cheerful after the Austria game – one thing that caught my eye was that England had never had nine players from European finals in the season before a major championship – I thought that, surely, there were 9 players from the United-Chelsea final in 2008. Then I realised that was the McClaren wally with the Brolly year, jeez. But then I stumbled across the long forgotten memory that Rangers made it to the Uefa Cup final and lost, in basically the same way Man Utd did (looked like going through in a tough CL group, then lost their last two games to be demoted to the secondary competition). No particular axe to grind or point to make, just sharing my own ignorance that Rangers went from that (not just domestic dominance) to the fourth tier and back to winning the league unbeaten in the space of 13 years.

PS – to Coxy and his excellent Paul Warhurst point (and I might also throw in Dion Dublin), the modern king has to be Milner – winger, false nine, box to box, DM, left back, right back, disturber of Messi, single-season CL assist record holder, greatest free transfer in the history of the PL. Not sure Wan-Bi-tackler will manage to get close in terms of versatility, never mind excellence in any position – in his one full season at LB, Milner made more successful tackles and one fewer assist than AWB did this season, so the great man is statistically as good (on his wrong side!), as the £50m one trick pony in his own preferred position.

PPS – Milner played LB in the second half of the second leg in which Liverpool beat Barcelona 4-0 to win the semi final after Suarez kicked Robertson out of the game. 1-0 it was when he went to LB.
Shappo

Conte + Levy = trouble
I surely cannot be the only one seeing the glaring problem with Conte to Spurs. Antonio Conte is a great coach and very demanding of both his players and club hierarchy, when he says he wants player X or player Y he means it and he won’t happily take a substitute for that player. He expects the club to listen to him and follow his vision which to be fair seems to work out more often than not when he is backed. That brings up the giant bald elephant in the room called Daniel Levy who has almost never listened to his team’s managers and just presents them with what ever players he can pick up for relatively cheap and expects them to make it work.

Considering Conte left Inter because they are being forced to sell some of the players he brought in for financial reasons how happy is Conte set to be when he asks for a Lukaku and Levy turns up with the Lidl version brought in on loan instead? Conte is a fantastic coach who knows how to win but having a Daniel Levy shaped weight hanging around his neck you can’t imagine him hanging around too long.
Aaron CFC Ireland

Pulisic? Really?
Read Greg, Herts, CFC’s email with great delight. Thought he was serious until I saw the name Christian Pulisic on his list. Now I know he’s having a laugh. Pulisic is arguably one of CFC’s best players and certainly their best player off the bench in the final 30 minutes, if he hasn’t started that is. But wait, what about Giroud, Abraham, etc….??? They can’t open up a defence like Pulisic does. He’s also a threat to score every time he’s on the ball which is more than you can say for Werner in his current form. If Pulisic is the type of player that Chelsea don’t need to make the “step up” I’d hate to see what players they do need, how much they cost, and how hard it would be to pry them away from the current CL clubs they play for.
TX Bill (Groundhog Day again at Goodison with another new manager incoming) EFC

The Scottish view
A really encouraging performance for Scotland on Wednesday night. As we build towards our first major tournament in 23 years, there are some really positive signs. The year delay has really benefited Scotland and we’re a lot further along then we were this time last year.

Scotland were a real match for the Dutch and probably should have won the game, but for a very blatant, and sadly successful, attempt to con the referee into awarding the Dutch a free kick.

Our strength is most definitely the organisation that Steve Clarke has brought to the defence. In our last 15 games we’ve only conceded more that one goal on two occasions, and one of those was the dodgy free kick,

Going forward we really used to struggle, but it’s now 9 goals in our last 4 matches. We lack a real quality striker, but hopefully Che Adams can come in and do a job. If not, there is enough creativity in the wide players and the midfield to cause a few problems for defences. 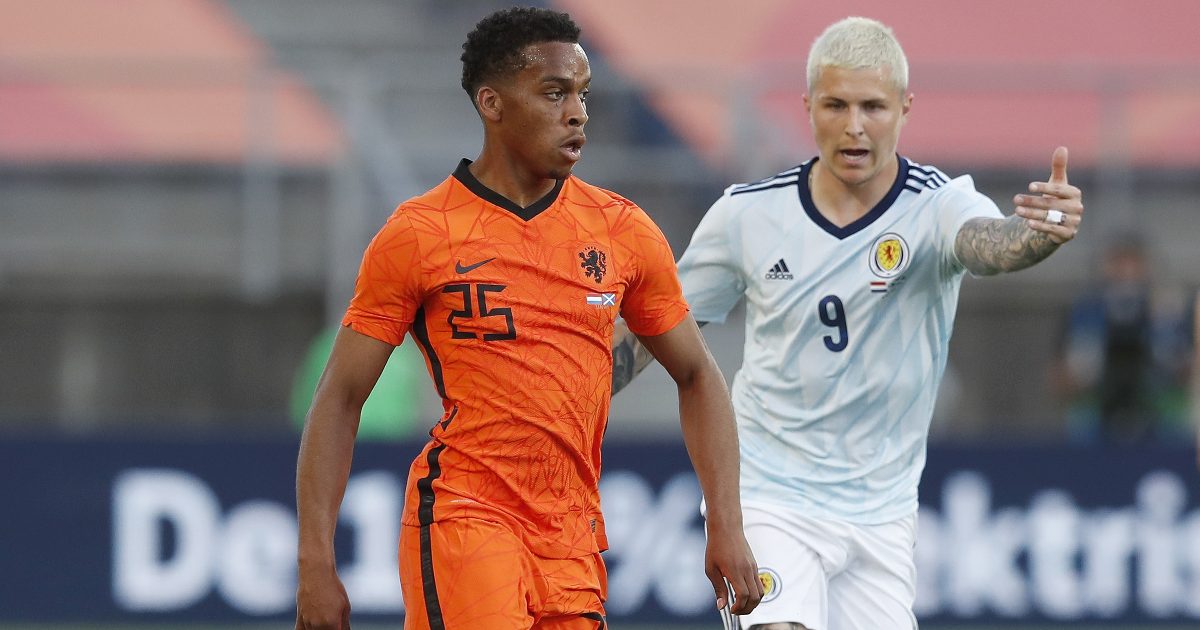 Slowly but surely we’ve seen development in our players, and there is a real depth to the squad. This was evidenced in last night’s game, where seven players missed out because of Covid restrictions. We still put in a great performance. We’ve got players who are in the first XI at Liverpool, Arsenal and Man United and one of the brightest youth prospects at Chelsea. That was unimaginable 5 years ago. Add in players playing for Villa, Leeds and Newcastle and we’re no longer the team of Championship players we once were.

Scotland’s aim for the Euros is to get out the group and with 3rd place able to qualify that’s doable. We’ve beaten the Czechs twice in the past year. Do that again and a draw against England or Croatia could be enough.

It’s been a long time since I felt positive about our national team, but there is now genuine hope. Just playing in the tournament is going to be incredibly special. Here’s hoping we get more than three games to enjoy.
Mike, LFC, London

It’s Friday so…
As it’s Friday, I’d like to hear if anyone has an Eggy boff story. If you haven’t heard of Eggy boff then, 1) you’re missing out 2) I’m jealous that you have so much joy to look forward too.

That Peter Crouch podcast is excellent and it has made me laugh and smile for 1 hour a week during these hard times.
Dave, Chile

…If Mason Mount marries Ryan Mason, is he then called Mason Mason?

Keep up the excellent work and thank you for everything
Dru, Switzerland

…Questions for the weekend – Will Sky Sports now rebrand El Clasico as ‘El Everton Clasico’? Is Everton now the Silk Route to the top jobs around Europe? Does Ole need to resign at United, join Everton for exactly five games and re-join United to shed the ‘PE Teacher’ tag?
Shivam, MUFC

You used to be a shining light of excellent critical articles.

Now you create a narrative and write useless articles to back them up.

You are downgrades.
Ashley Gould