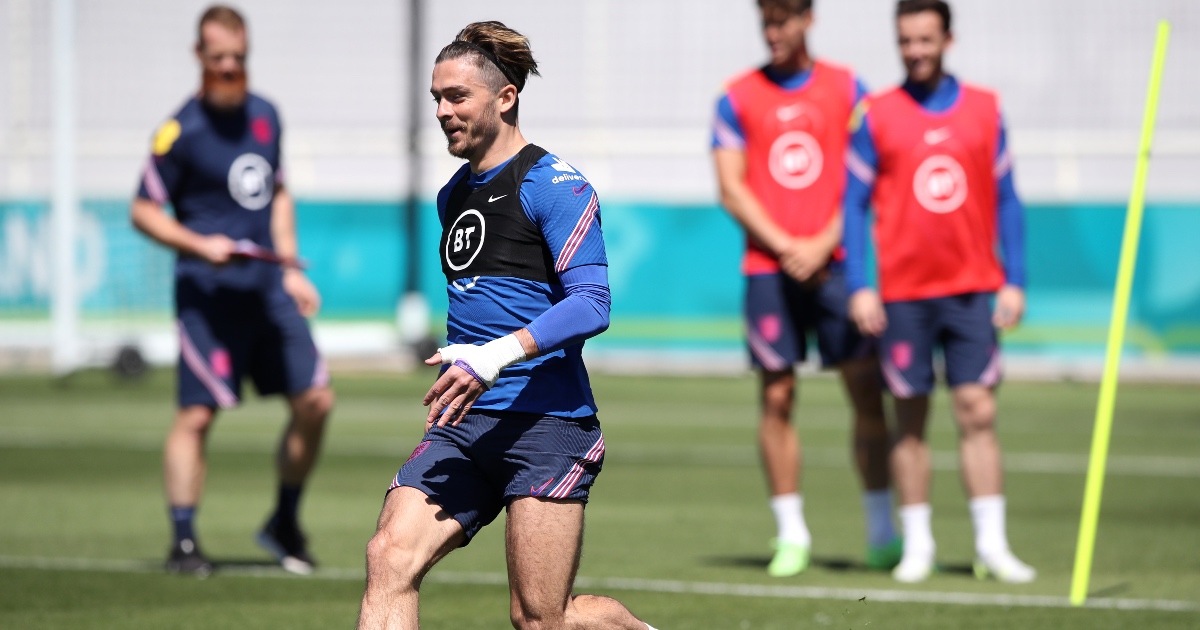 The attacking midfielder was left on the bench against Croatia as Raheem Sterling scored the winning goal at Wembley.

Chants of ‘super Jack’ echoed around the stadium while Grealish was warming up, although he’s yet to make his European Championship debut.

Speaking ahead of the clash against Steve Clarke’s men, Grealish told talkSPORT: “I’m so desperate to get on the pitch and prove to people just how good I am.

“These are the type of games that I thrive off.

“Not even just in this tournament, I’ve made a name for myself (in other big games) during my career. I’m desperate to be involved.

“But the main thing is the team get the three points and carry on our good start.”

The former Spurs man said: “It’s a long tournament and I’d bring Grealish in, 100 per cent.

“He’s got to get a game. If Jack is going to play anywhere it would be behind Harry Kane, so it could be [Mason] Mount you take out.

“You could leave [Phil] Foden where he is, leave Sterling and take Mount out because, with all due respect to Scotland, I think we’ll have more possession higher up the pitch.”

One reason for Grealish’s exclusion against Croatia could be his lack of fitness. The 25-year-old is still not fully fit after picking up a shin injury in February.

He trained away from the main England squad on Tuesday in an attempt to improve his situation.

When fully fit, Grealish will certainly be in contention for a starting place. He made 26 appearances for Villa in the season just finished, registering six goals and 12 assists.

However, England boss Gareth Southgate has a host of talent at his disposal. Against Croatia, the manager opted to start with Phil Foden and Sterling in support of Harry Kane.

Declan Rice and Mount partnered the impressive Kalvin Phillips in midfield. That left talented players Marcus Rashford and Bukayo Saka on the bench alongside Grealish at kick-off.