Home F365 Says Save the Grealish outrage; even he predicted this… 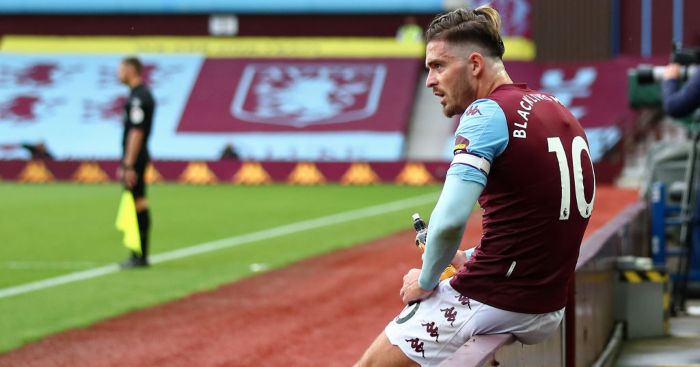 The uncomfortable but incredibly dull truth? Gareth Southgate is paid to be the England coach and he does not believe that certain players suit this particular iteration of the national side. And it’s his choice. He does not pick the squad using WhoScored ratings, assist charts or Twitter mentions. Throwing out statistics as an argument for the inclusion of Jack Grealish, Aaron Wan-Bissaka or A Left-Back is utterly pointless; an England squad has never been a list of the best 23 or 24 English footballers and nor should it ever be. It’s about shape, balance and planning ahead. And as such, it will rarely make sense to those outside the decision-making process.

Oddly, it will make sense to Grealish more than most. He always knew he had a problem convincing Southgate – or any England manager – that he should get a call-up as long as he is playing in a position for his club in which they are blessed with fast, dynamic goalscorers like Marcus Rashford, Jadon Sancho and Raheem Sterling. The problem is not that he plays for Villa but that he plays for Villa in the right position for his club but the wrong position for England.

“If you look at England’s wingers, I doubt I would have much of a chance of starting in front of Sterling, Sancho and Rashford, who are all unbelievable players! I’ve always said my favourite position would be playing in midfield. That is where I would love to play for England.

Grealish knew. He even said in the same interview that he knew he was not in especially good form. And this was before he crashed into three cars after a drunken party while supposedly under lock-down. So it’s little use exclaiming at the inclusion of Eric Dier, Kalvin Phillips or James Ward-Prowse ahead of Grealish because they all play in different positions. It’s not that Phillips is considered superior to Grealish, but simply that the former plays in a position in which England are woefully lacking. And he has not got a history of transgressions which means he starts ten yards behind the blocks.

Three specialist right-backs and no left-backs. Injuries caused that to some extent, but still surprising. pic.twitter.com/wi7j3NMaTR

The real threat to Grealish came from Phil Foden and it is impossible to argue that a 20-year-old playing in this Manchester City side does not deserve an England call. He is extraordinarily talented and Raheem Sterling is the only Englishmen to outscore him from similarly wide positions during Project Restart. Whether Mason Mount deserved to keep his place is questionable, but it hardly astonishing that Southgate chooses to keep faith in those players who have come right through the England youth ranks.

There are bigger questions about this England squad. The lack of left-backs (surely Ryan Bertrand could do at least a short-term job) and the inclusion of Michael Keane and Tyrone Mings are far more worrying than the exclusion of Grealish, who plays to the crowds with his Twitter likes of Villa statistics but clearly knows – judging by those February quotes – that statistics tell only half the story. Villa are built around his considerable talents but England have superior players in every position and cannot and should not follow suit.

There are positives here – 11 players are aged 23 and under and that should make any cynic smile – and it would be a shame if Grealish’s continued exclusion overshadowed what should be a pretty phenomenal day for Phillips, Foden and the irresistible Mason Greenwood.