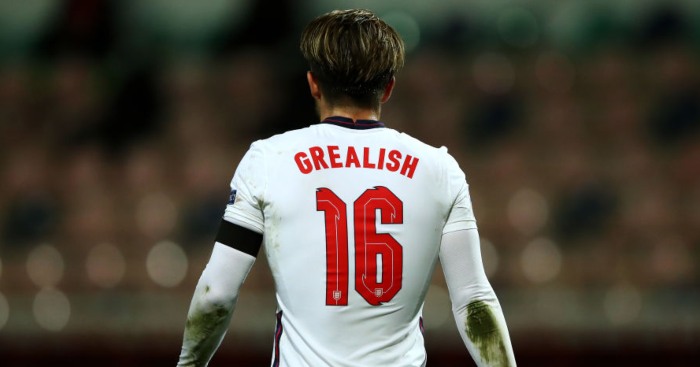 England’s hopes of making it to the knockout stages of the Nations League were dashed by the disappointing 2-0 defeat to Belgium in Leuven on Sunday night. That result meant that Gareth Southgate’s side have now suffered back-to-back competitive defeats after losing to Denmark at Wembley last month. These are grim times.

Notably, England’s recent performances have lacked a clinical edge with the side scoring just three goals in the Nations League – two from the spot and a lone deflected shot from open play.

Inconsistency has long plagued the Three Lions with Southgate’s side performing on occasion but often crumbling against teams when it really matters; just look at the key results against Belgium, Holland and Croatia.

Southgate has much to consider with recent results highlighting a multitude of issues that need ironing out before the European Championships next summer. If his side top their group, they will face the runner-up of Group F, a group dubbed the ‘group of death’ containing Germany, France, Portugal and Hungary. Would you fancy England against any of those teams right now?

What’s clear is that Southgate’s favoured system isn’t working. A braver team selection is needed, with an overhaul of the formation and a ruthlessness in attack key to ensuring future success for this side. Without addressing these issues, history looks set to be repeated with yet another underwhelming major tournament for the Three Lions.

Southgate’s decision to shelve the 4-3-3 formation and return to the favoured 3-4-3 system has drawn deserved criticism, with many suggesting that the move has led to England’s wealth of attacking talent being inhibited and isolated.

Worryingly for England, in the five competitive fixtures since September, Southgate’s side have managed just one goal from open play, with his side firing blanks in three of those games. Yes, the preferred 3-4-3 offers more protection and balance at the back but it does so at the cost the wealth of attacking talent at his disposal.

Southgate must rid his side of its three-man defence, not only for the sake of England’s attacking threat but to get the best out of defenders such as Trent Alexander-Arnold and Joe Gomez (should he recover in time) who would be in their most comfortable positions. A pairing of Gomez and Maguire is arguably England’s strongest at the back with Alexander-Arnold switched back to his natural right-back position after failing to make the same impact playing as wing-back.

A midfield three also gives Southgate the option of setting up differently depending on the opposition. When facing a weaker side, he could field a deeper-lying holding midfielder alongside two more creatively minded players. This would still offer protection for the defence whilst allowing the freedom for the other two to crucially drive the ball forward and create opportunities. Against stronger opposition, two defensively minded midfielders could be picked, leaving one midfielder free to link the play going forward, something that England have been sorely missing.

Despite enjoying plenty of possession on Sunday evening, England’s midfield duo of Declan Rice and Jordan Henderson showed, not for the first time, that they are not the solving pieces of the midfield puzzle.

With three centre-backs on the pitch, a double pivot seems excessive and fails in finding the sufficient inspiration and creativity to unlock defences and feed the attack. With world-class attackers in the team, it’s imperative that Southgate finds a balance in the middle to get England firing on all cylinders across the pitch.

In his first competitive start against Belgium, Jack Grealish looked at home in the England shirt, showing a fearlessness that was previously lacking. Whilst he operated predominately on the left wing, utilising Grealish’s adaptability and moving him into the middle could be key to Southgate striking the balance between defensive acumen and creativity. By doing so, it would also allow the boss to integrate three of Marcus Rashford, Grealish, Raheem Sterling and Jadon Sancho into the XI, with all more than worthy of starting in an England jersey.

However, it’s a fine line that Southgate has to toe. Too much attacking emphasis in the midfield and he risks leaving the defence exposed. But too little emphasis and the team risks stagnation and a continuation of the current problems. Striking a balance will be key to England’s success with results showing a defensively minded double pivot is not the answer. With options aplenty but time ticking before the next major tournament, Southgate must decide how to utilise his squad.

While concerns remain about the strength of England’s defensive unit, the attacking options that Southgate possess remain one of the strongest in Europe, if not the world.

When fully fit, Southgate has the luxury of picking a front three from an eyewatering list of players. With strength in depth through the middle and out wide, the England boss has a number of different options, depending on the opposition.

England captain Harry Kane has been in devastating form for his club this season, with 13 goals and 10 assists in just 14 appearances, yet the striker has been unable to continue his scoring streak on the international stage.

If England are to get anywhere at the Euros, Southgate must do the achingly thing – set up his team to provide chances for him. A creative drive is needed with dribblers and finishers throughout the frontline and through the middle. Out wide, Raheem Sterling and Jadon Sancho can provide much-needed directness with their quick dribbling and pace but service for them is key if Southgate is to get this England side ticking again. That means the full-backs playing as full-backs and a creative player (Grealish) through the middle.

With seven months until the Euros, it’s time to address these issues before it’s yet another lacklustre English performance on the big stage.