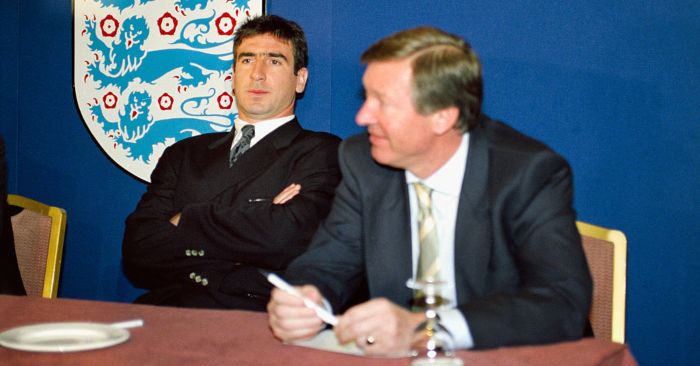 Kepa of secrets
The first public display of Kepa Arrizabalaga’s deeper troubles were in the 2019 Carabao Cup final penalty shootout against Manchester City. His first mistake, though, was that he was still on the pitch. Maurizio Sarri had to save himself from self-combustion as his young charge refused to come off for old hand(s) Willy Caballero.

As City ran out 4-3 winners in the 12-yard lottery, the young Spaniard issued a statement in the aftermath. “I regret how the end of the match has been portrayed,” he said. After a charge sheet that included ignoring managerial instruction to leave the pitch and letting Sergio Aguero’s dreadful attempt roll underneath him, this was some stance to take.

By Monday, non-apology mark II had been rolled out. It was a slight improvement on the previous effort but still ranked as a C-. “I have thought a lot more about yesterday’s events. Although there was a misunderstanding, on reflection, I made a big mistake with how I handled the situation.”

The £71million keeper was fined a week’s wages. That percentage of his salary probably matches his save stats.

Granit block
When the Granit Xhaka was named club captain in September after the messy departure of Laurent Koscielny in the summer, the Emirates faithful were not exactly overjoyed.

So when Xhaka was booed for not leaving the pitch quick enough during the 2-2 draw with Crystal Palace a month later, he cupped his hand to his ear and told the fans where to go. Think ‘struck off’ and you are almost there.

Boss Unai Emery phoned a “grief-stricken” Xhaka after the match in an attempt to persuade him to calm the situation. Eventually the 27-year-old was forced to come out with the dreaded club statement. It was a ham-fisted, frustrated excuse for an apology, stating that he got “carried away and reacted in a way that disrespected the group of fans that support our club, our team and myself. That has not been my intention and I am sorry if that’s what people thought.”

Just a week later, he lost the captaincy to Pierre-Emerick Aubameyang.

Toni Duggan selfie destructs
When Manchester City women’s star Toni Duggan innocently had her photo taken with Louis van Gaal just a few hours after the men had beaten City 4-2 at Old Trafford in April 2015, Twitter went into meltdown. Duggan was accused by many Blues of showing a ‘lack of respect’ and a Facebook apology was posted without delay:

‘I would like to apologise to all MCFC fans for the error of judgement I made last night. I now appreciate the significance of my actions and can assure everyone connected with Manchester City that I am proud to represent the club and wear the shirt.’

Geez. The moral of the story? Never eat in the same Chinese restaurant as the opposition. It’s at least as bad as swapping shirts at half-time.

Toure forces the situation
City boss Pep Guardiola vowed not to play Yaya Toure until he got an apology from his agent, Dimitri Seluk, after the Russian said Toure’s exclusion from City’s Champions League squad in September 2016 had “humiliated” his charge. Pep blasted: “Seluk must apologise. If he doesn’t, he [Toure] won’t play.”

Seluk’s stance appeared to soften under pressure from Toure who implored him to make peace with the boss.

Buoyed by this apparent change of heart from his rep, Toure issued a statement of regret: ‘I wish to apologise – on behalf of myself and those who represent me – to the management team and all those working at the club for the misunderstandings from the past,’ he wrote on his official website.

Luckily, Pep accepted the remorse from the player while the Russian continued to play kamikaze roulette with his client’s career.

Rolling the ‘Dyce
When Sam Allardyce was filmed referring to his England predecessor as “Woy” during a meeting with undercover reporters in 2016 that cost him the national job, the ramifications for Roy Hodgson were more personal. Big Sam went on to put the boot in during the secret filming by suggesting the Crystal Palace would be no use as a public speaker because “he’d send them all to sleep, he hasn’t got the personality”.

Asked if Allardyce had apologised just two days before coming up against his successor’s Everton side, Hodgson replied: “No.”

He added: “My relationship with him before, I always thought was good. Now I would expect it to be less good.

“Would I like him to apologise? No. It’s far too late.” To add insult to injury. Palace lost 3-1 at Goodison.

Pearson refuses to back down
Nigel Pearson came under the cosh following Leicester’s 3-1 defeat to Liverpool in December 2014, which kept the Foxes rooted to the foot of the table. “It’s our club not yours,” one punter shouted, followed by: “You’re all out of a job and you know it.”

Pearson duly told the fan to “f*** off and die”, although his official (and edited) reaction later on was slightly more considered. “I have had run-ins with fans in the past and in the heat of the moment these things happen and there won’t be any apology. Let’s put it like this: it’s best if we don’t speak about what happened on either side, I’m not going to repeat what happened here.”

Thankfully, the supporters continued to turn out en masse as Leicester completed a remarkable escape in winning seven out of their last nine games to stay up.

To think, 2016 would never have happened without the manager who called a journalist an “ostrich”, “stupid” and “daft”.

The Frenchman was sentenced to 120 hours of community service, was stripped of the national captaincy, handed a four-month ban and meted out a £20,000 fine by his club. He was hauled before the hot coals of the Football Association and appeared to be contrite enough at first, apologising to the commission, Manchester United, his own lawyer and the boss who stood by him, Sir Alex Ferguson.

But the mercurial actor pulled one last stunt at the end of his sorry list: “I would like to apologise to the prostitute who shared my bed last night.” The ban was subsequently doubled and a further 10k added to the fine.

Henry loses his va-va-voom
Thierry Henry handballed not once but twice in the lead-up to the William Gallas goal which sent France to the 2010 World Cup and dumped Ireland out of the two-legged play-off. This was a particularly galling Hand of God goal, given that the Irish were giving as good as they got in Paris against the reigning world champions.

The elegant striker lost all of his va-va-voom sheen when he tweeted his regret. Sort of. ‘I’m not the referee…but if I hurt someone, I’m sorry,’ he said rather pathetically.

Henry’s former teammate Robert Pires was having none of it. “I don’t know that even an apology to the Irish people would be accepted. Out of respect for the people of Ireland I am not going to celebrate – you cannot be happy with the way we’ve qualified.”

Messi turns the air blue
Not even the little magician is above an apology, even if it comes across as a thinly-veiled attack on officialdom. Lionel Messi was handed a four-match ban in March 2017 after being accused of verbally abusing a match official in a 1-0 World Cup qualifying win against Chile in Buenos Aires.

Messi wrote to FIFA, suggesting that any words were directed to the wind rather than Edilson Carvalho: “The assistant referee, of Brazilian nationality, understood perfectly what I was saying, to such an extent that we have conversed in a friendly manner without at any time my statements have offended or injured the referee. Needless to say, if any of my sayings had bothered the assistant referee, they were never addressed to him, but they were told to air and I apologize for that.”

In May, the ban was lifted on appeal after the evidence available was deemed insufficient. We guess the oxygen on duty that day wasn’t able to make it to court.

Shake down
When Liverpool striker Luis Suarez was charged by the FA with racially abusing Patrice Evra during the 1-1 draw between Liverpool and Manchester United in October 2011, it set off a fractious chain of events.

Suarez pleaded innocence and Sir Kenny Dalglish agitated for a swift conclusion, insisting that the Uruguayan was “a great ambassador for the football club”. The South American was eventually banned for eight games, but when the two teams met again in February at Old Trafford, the No 7 poured fuel onto the fire by refusing to shake hands with the Frenchman before the game.

Dalglish added to the inferno as he gave a tetchy Sky post-match interview, suggesting Geoff Shreeves was “bang out of order” for blaming the South American. “I did not conduct myself in a way befitting a Liverpool manager during that interview. I’d like to apologise,” King Kenny admitted. Suarez finally succumbed, too: “I realise I got things wrong. I’ve not only let the manager down, but also the club and what it stands for. I should have shaken Patrice Evra’s hand and I want to apologise.”