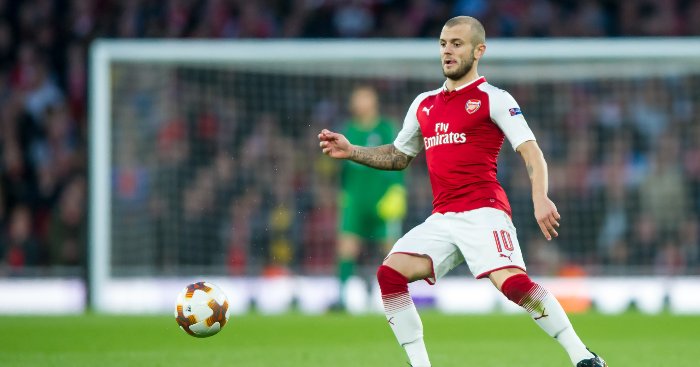 Jack Wilshere has insisted Fenerbahce-bound Mesut Ozil was not granted a ‘fair opportunity’ towards the end of his seven-and-a-half-year spell at Arsenal.

Ozil touched down in Istanbul this week ahead of the imminent move to his boyhood club, with the Gunners set to terminate his contract six months early on Monday.

It marks a decidedly underwhelming end to his career in North London, with the German having been left out of both the Premier League and Europa League squads by manager Mikel Arteta.

Wilshere, a player who himself was cut adrift at times during an injury-plagued decade at The Emirates, was asked after signing for Bournemouth on Friday if he and Ozil – two former teammates – had ever discussed their respective travails in person. He responded (via Goal): “No. I was friends with Mesut during my time at Arsenal and we had a really good relationship on and off the pitch, I thought.

“But no, I didn’t speak to him. I’m sure it was as difficult for him [to not be playing] as it was for me. It’s not nice to be in a position where you’re not given that opportunity – a fair opportunity – to try and challenge for a place in the team.

“Listen, people can have bad games and miss out on the team, but to not be given an opportunity is tough, and was tough, to take.

“So I’m happy that he has found happiness and hopefully he can go on to be successful in Turkey.”

With Ozil’s legacy up for discussion at the moment, Wilshere, having seen his talents first-hand, added: “All I remember from him is what a joy it was to play with him. A top, top player. One of the best I played with.

“It’s a shame the way it went at Arsenal, but I’m sure a lot of the fans will remember him for his early days there when we had a really good team and we should have probably won a little bit more.

“But we won a couple of FA Cups and it was a pleasure to play with him.”