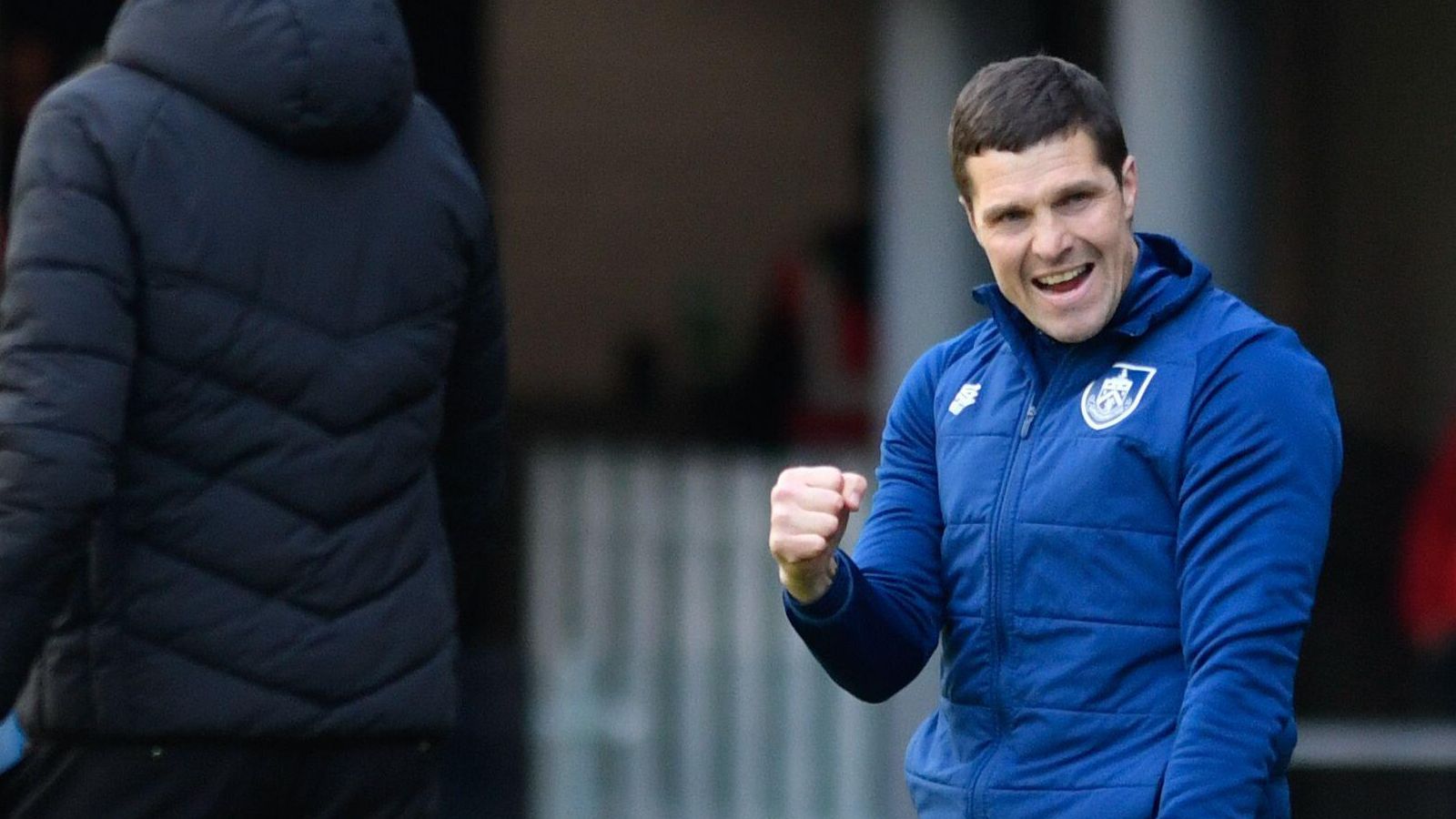 Burnley interim boss Mike Jackson has praised his players as they continue to “find ways to win games” to move closer to securing their safety.

Jackson stepped up from his role with Burnley’s U23s to replace Sean Dyche earlier this month.

The Clarets have fared brilliantly under the interim boss. From his first three games in charge, they picked up seven points.

Jackson’s men then faced Watford at Vicarage Road on Saturday afternoon. The visitors fell behind in the eighth minute as James Tarkowski scored an own-goal.

Burnley fought back though as late goals from Jack Cork and Josh Brownhill earned them a vital three points.

The Lancashire club are now 16th in the Premier League and they are five points clear of the relegation zone. They have played two more games than 18th-placed Everton.

Jackson stated post-match that he was impressed with how his side battled in the second half:

“We just improved from what we were doing in the first half, we didn’t start as well as we could do, everybody needed to do more – if we lifted it 15-20% we thought we could get back in the game,” Jackson said (quotes via BBC Sport).

“At this stage of the season it is just about finding ways to win games, and credit to them they’ve done that again.

“We gave them something to get their teeth into and they built on that. We didn’t play to the standards we have set ourselves recently, but in terms of the response, sometimes at this stage you can’t ask for anymore – these games are so emotionally charged, you just have to find a way.

“I don’t know where it puts us, I don’t look at the table – we just move on to the next one now.”

Brownhill added after the game that Burnley “deserve” to be in the Premier League:

“It is a massive result, especially the manner we did it. It was there for us and I didn’t want to miss this opportunity.”