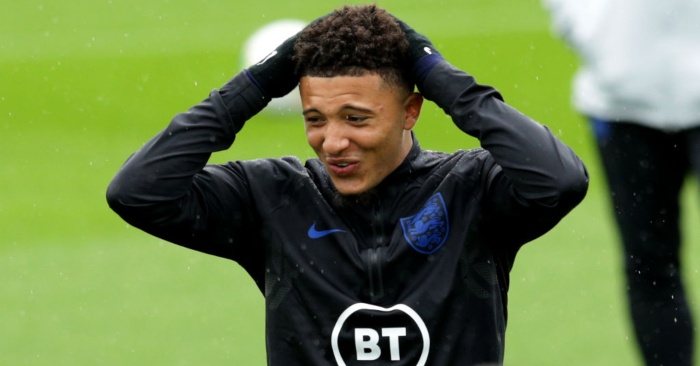 Sancho was likely to be one of Europe’s hottest commodities this summer after emerging as a top Man United target.

The winger was also wanted by Chelsea before the global pandemic shattered football’s finances, leaving most big moves in jeopardy.

Zorc says “all clubs are running on sight – even in England!” – when it comes to the England international.

“There is no new stance. At the moment, all clubs are running on sight – even in England!” Zorc said.

“I cannot and do not want to lean too far out of the window with forecasts because the situation is changing daily. We will see what happens.

“We have a long-term contract with Jadon Sancho. This will not change now. We are totally relaxed about it.

Sancho for Chong and four other possible swaps across Europe

“The most important issues that are currently occupying us are rather: what is the way forward? When do we play again?

“It would be of paramount importance for all of us to be able to finish the season soon.”

The Bundesliga is planning for a return by the beginning of May, with the remaining nine games of the league season concluded by late June.

The Premier League, on the other hand, is about a month behind in terms of what is being dubbed ‘Project Restart’, as players will only report for training in mid-May.

In either event, games will be held behind closed doors and only be permitted when strict government guidelines are adhered to and safety of everyone inside the stadiums can be ensured at all times.