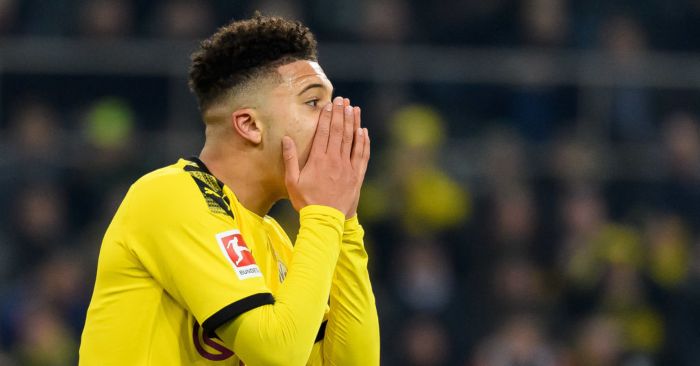 It has been claimed that Dortmund would accept an initial £60m for the winger, with the remainder of their £110m valuation made up in clauses.

But that has been disputed elsewhere and has only added to what Honigstein calls a “murky” situation.

He says Dortmund want any possible deal done early in the transfer window, but also that the Bundesliga club may weigh up the pros and cons of a sale and decide to keep a player with two years left on his contract.

“How much is the value of him staying with us?” he said on the Sky Sports Transfer Talk podcast.

“If we have to sell him for less next year, is that still a deal that is good for us because we have a better chance of winning the Bundesliga and going far in the Champions League next season with Sancho.

“That’s why they’ve been so adamant for the £110m valuation being met and being met earlier because they don’t want to get into a situation where they can’t bring anyone in, and they don’t want this to be a recurring theme until mid-October when the window could potentially still be open.

“Manchester United are still saying they are just in talks. It’s a bit murky where both sides will try to get the best possible deal. There’s a lot of poker and double-bluffing going on but it’s now down to United to say ‘here’s the money’.

“The line in the sand that Dortmund have made both in terms of the valuation and the deadline means it will be hard for them to back down from this stance. United are going to have to go very far to meet those demands.”