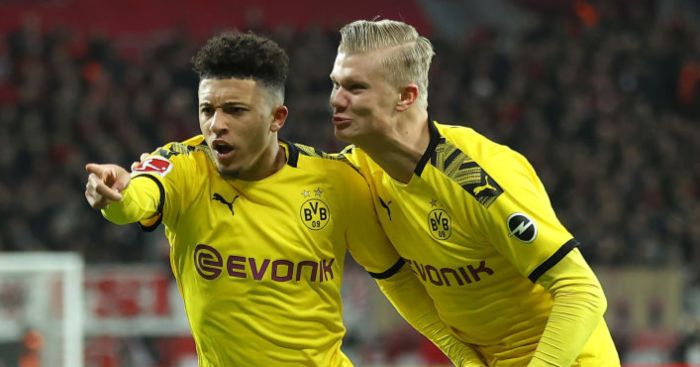 The one thing that unites every Manchester United signing under Ole Gunnar Solskjaer is not their age, supposed hunger or nationality. The two characteristics that can be objectively measured were discarded with the arrival of Odion Ighalo last month, while the other is a meaningless concept, a vague platitude echoed by a club desperate to be seen to have some sort of unique, wider vision.

The transfer theme at Old Trafford has instead been a lack of genuine competition for their targets. That is not to say none of their five signings since last summer were courted by other potential suitors at any stage; Manchester City were enamoured with Harry Maguire, Tottenham held an interest in both Aaron Wan-Bissaka and Bruno Fernandes, Leeds had come within an hour of signing Daniel James months prior to his arrival at Old Trafford and Ighalo claimed to have turned Barcelona down last March. But each was a race that United won by default after their fellow runners dropped out.

City withdrew due to finances. Tottenham focused on other targets. Leeds lost interest and neither James nor Ighalo had better offers, if any at all.

Jadon Sancho would be quite an exception to the rule. United have emerged as ‘firm favourites’ to sign the forward this summer. But this will be a legitimate battle against heavyweights, rather than a couple of rounds of shadow boxing.

Liverpool, Manchester City, Chelsea, Barcelona and Real Madrid will not afford United an unobstructed run to the finish line. Their interest is not likely to dissipate so easily over money, their attention not liable to be diverted elsewhere. This will be a test of their powers of persuasion as opposed to simply stamina.

United’s only recent transfer conflict has been with themselves. This is a club that was quoted £80m by Leicester for Maguire in May and spent weeks negotiating before agreeing that exact fee – and championing themselves for it – in August. It is a side that had its ‘hand forced’ by suggestions that Monaco were monitoring James, leading to them anxiously increasing their offer after previously refusing to go above £10m. It is a team that ‘bewildered’ Crystal Palace with its structure of a deal for Wan-Bissaka and then wasted most of January complaining about the ‘difficulty’ of the market before spending more than anyone in Europe’s top five leagues on a player they could have signed in the summer.

The strength of opposition, as well as the introduction of Euro 2020 into the equation, means United do not have that room to manoeuvre, that time to waste. Their last three signings have come within three days of the transfer deadline; Sancho will not still be at Dortmund by August.

It is the first real test of Ed Wooodward and Solskjaer’s partnership. It is a genuine assessment of the club’s fabled pulling power and influence in the market. It is an arduous examination of their long-term planning, a thorough appraisal of their self-aggrandising strategy’. It is a chance to see whether they can compete with the best, for the best, off the pitch during a period when they cannot hope to compete on it.

It is also not their sole priority, which invites more questions about the plate-spinning and multi-tasking abilities of a club that has hardly proven capable of either. But Sancho checks almost every possible box when it comes to the ideal United signing: a brilliant, marketable, English 19-year-old with a point to prove. The only downside is that everyone else will want him, too.