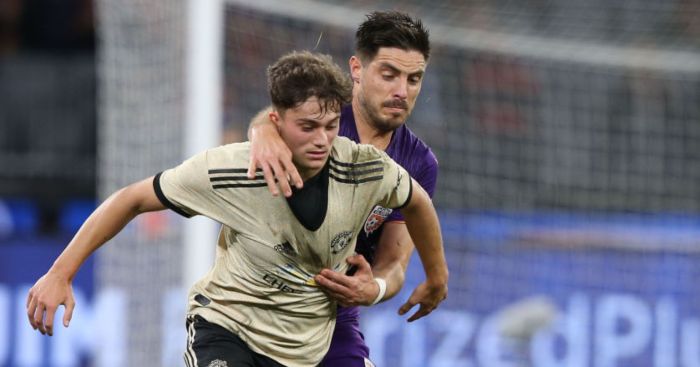 Daniel James aspires to be like Manchester United great Ryan Giggs whose advice, belief and support is helping the Welsh winger live out his dreams.

Just 17 months after making his senior debut for Swansea, the 21-year-old’s remarkable rise shows no sign of abating – despite some notable knocks along the way.

Seeing a move to Leeds collapse at the start of the year was one such setback, yet it meant James would instead become Ole Gunnar Solskjaer’s first signing as United manager in a deal that could reach around £18million.

The winger has also become a Wales international during that time and could scarcely ask for a better mentor than international manager Giggs, who knows a thing or two about succeeding at Old Trafford.

“Giggsy, as soon as I came into the Wales set up, had ambitions for me,” James said.

“The way he brought me and a lot of other youngsters through has been amazing.

“He spoke to me when I first signed for United. His advice was to be myself, which is what I will try to do.

“He wasn’t a bad player was he? What he did at Manchester United was amazing.

“Every young winger looks up to a person like him.

“He was playing in the Premier League until he was 40 and he was still beating players.

“Credit to him, the way he looks after his body.

“It is amazing for me, when I go away on internationals, to learn from people like him. He is obviously someone I aspire to be like.”