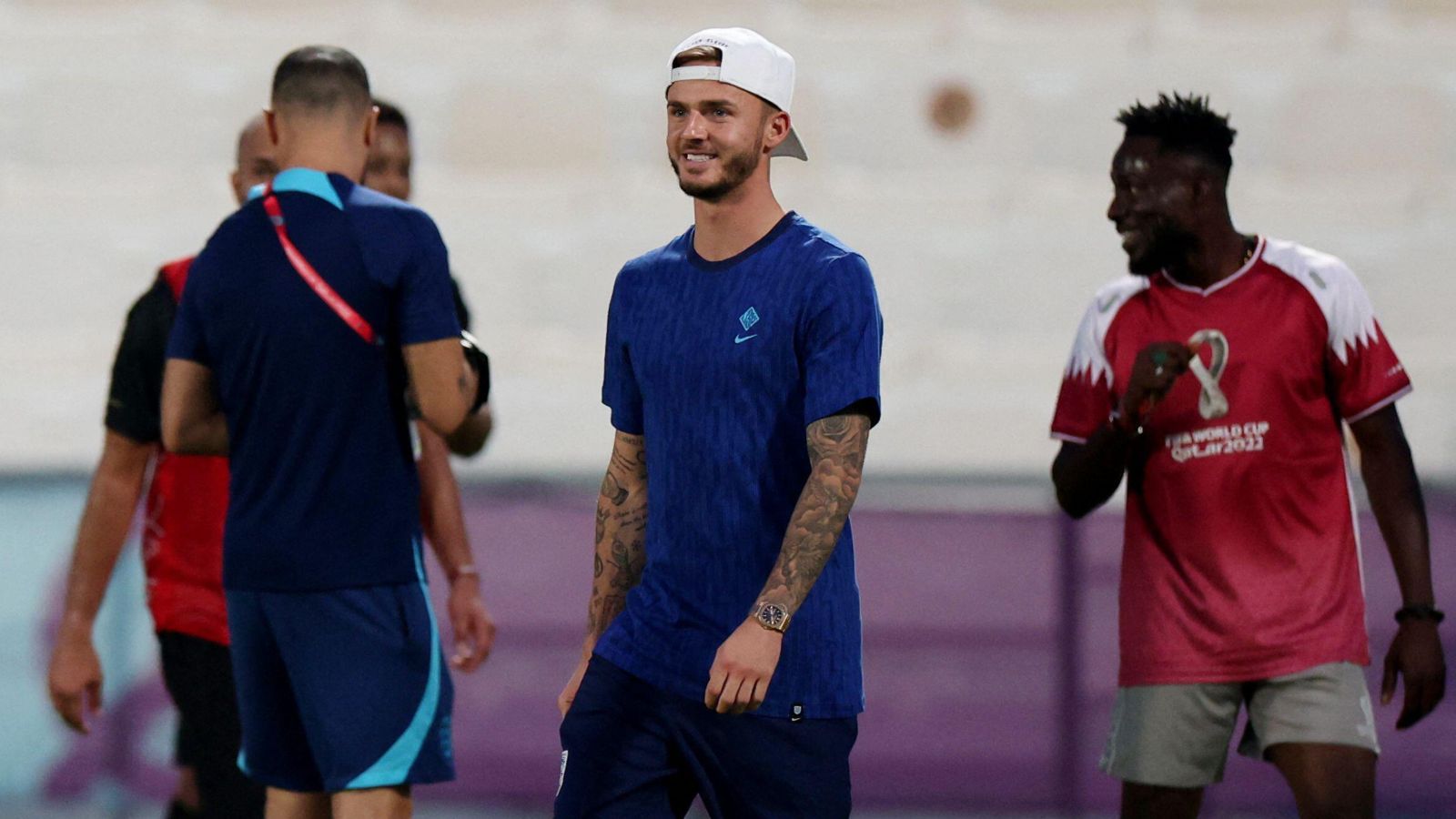 Leicester City midfielder James Maddison once again missed England training on Tuesday as he continues to recover from a knee injury.

Maddison was unavailable for England’s opening 6-2 World Cup win over Iran as he has not trained since the first session they had upon arrival in Qatar last week.

He was forced off during Leicester City’s win at West Ham in the final round of fixtures before the World Cup and he is continuing to rehab this injury.

“He hasn’t been able to train, so that is a slight concern,” manager Gareth Southgate told talkSPORT before the Iran game.

“The longer that continues, the longer it will take him to be available for the matches – but we’re not expecting him to miss training for much longer and we’ll just have to assess it from there.”

While Maddison remains a doubt for England’s second Group B game against the United States on Friday, everyone else is currently in contention.

Captain Harry Kane took a blow to his foot against Iran and Harry Maguire came off feeling ill but both are expected to be fine.

Meanwhile, Callum Wilson did not train in a light session with the rest of the substitutes at England’s Al Wakrah training base on Wednesday but is also not considered a fitness doubt.