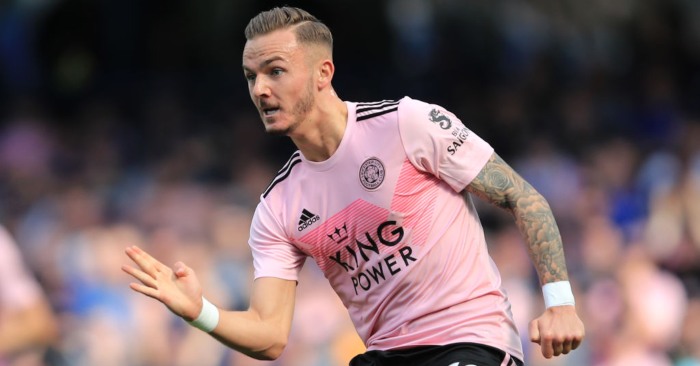 What’s the most interesting part of a footballer’s career?

Probably the point at which it’s still not clear what he can become. When he has obvious talent, but without quite knowing how to use it. At that stage, every game promises some kind of refinement. It might be a new skill or a different trait, or it could be the ability to cope with some new scenario or adversity. However it’s described, it’s a rare privilege; it’s a chance to actually learn something new about a player and where he might be headed.

At the moment, James Maddison stands at precisely that juncture. On Sunday, he grew into Leicester’s game with Chelsea, recovering from a self-indulgent first half to become a real influence at Stamford Bridge. It was a surprise, because Maddison had spent that first 45 minutes conforming to all the pejorative assumptions that surround him.

Those who read 16 Conclusions from that game will remember the paragraph about him. Originally, it was far more damning. His improvement warranted a re-write and so it was watered down a little, but he had been incredibly wasteful. Not just with the ball, but with the opportunity that such a game – or stage – offered.

It’s rare over the last 20 years that Stamford Bridge has offered the chance of anything other than a humbling lesson for young English midfielders, but Sunday was different. Maddison was facing a fragile Chelsea in the midst of a rebuild and he was part of the more settled, possibly more gifted midfield. And he was wasting that chance.

It’s easy to criticise him. It’s also easy to interpret the way he looks and how he carries himself as an accurate reflection of who he is. As a bit brash, a bit obnoxious. Is that fair? Only people who actually know him can answer that, but it’s actually part of what makes him alluring. Jeremy Clarkson may not like it, but Maddison looks the part. He struts his way through warm-ups and has that confident demeanour on the pitch which makes him seem like a star in waiting.

Stick to cars mate. Can count on 1 hand how many trims you’ve got left #thin https://t.co/z1mDh177q8

The cost of that is the over-reaction which comes with under-performance. When Maddison doesn’t play well, it’s more noticeable. Typically, it’s also ascribed deeper routes: misplaced passes and weak tackles are attributed to presumed superficiality and then reinforced by match reports littered with words like ‘entitlement’ and ‘arrogance’.

I think I wrote exactly that: ‘thinks he’s better than he is’. If I didn’t write it, I certainly said it to Daniel Storey, who was sitting next to me in the press box. It’s not based on anything, other than perhaps an aversion to anything remotely reminiscent of David Bentley, but it’s irritating to watch talent coast, or to see its expression inhibited by a weak spirit.

But then the second half. To be clear, it wasn’t a total metamorphosis and plenty of Leicester chances continued to die at his feet. Under Brendan Rodgers, they counter-attack in these thrilling patterns, with runners spiralling off in all directions. More than once, Maddison dwelled on the ball or chose the wrong option at the critical time.

That’s probably one of the advantages of being in the ground. With that perspective, the space is that much clearer and a player’s failure to use it becomes much more frustrating. Maddison did eventually put Jamie Vardy in on goal 15 minutes before the end, but only at an angle which inhibited him and only after several of Vardy’s back-shoulder runs had been ignored.

It was also a second half which included that hopelessly slashed finish just a few minutes before, when Maddison stumbled across thr box and, with an opening and the whole goal to aim at, hooked his shot wildly over. The statistics show it happens often. From a tangible perspective, then, the sum total of his contribution was the corner delivered for Wilfred Ndidi’s goal. A fine ball, but hardly enough to reframe his entire performance.

Instead, the rewrite came from watching the tonal change in his application after half-time. Not just his effort, but his determination to become a bigger part of the game. That was interesting because it contradicts the Maddison assumptions. In that situation, when passes aren’t finding their targets and set-pieces aren’t beating the first man, a player of his profile is supposed to pout. To sulk, to stop running, and to eventually be replaced by a more industrious, trustworthy type who will bounce reliably between the boxes.

But the opposite happened: Maddison dug in. It helped that Leicester’s performance greatly improved as a whole and that Chelsea were clearly wilting, but he showed a determination to force his way into those developing cracks. Whether that reflects in his running statistics or not, anyone who was at the game will know what they saw. He dragged himself from the periphery of the contest into its heart and ended up giving, by the end, what felt like an instructive performance.

And that’s really the point: you arrive at the stadium with one impression, you leave with another. In this instance, you take your seat knowing that Maddison is a fine ball-striker blessed with self-confidence, technique and style, but you get up and leave having seen him grind for the right to express those gifts.

That doesn’t come with any grand conclusion about what his career will be, or what kind of future he’s likely to have. It’s more subtle. Instead, it layers him with a texture that he wasn’t thought to have. Those who watch him more regularly may already know that, but it’s part of the experience of watching players at that age and seeing them develop their permanent shape in front of your eyes.