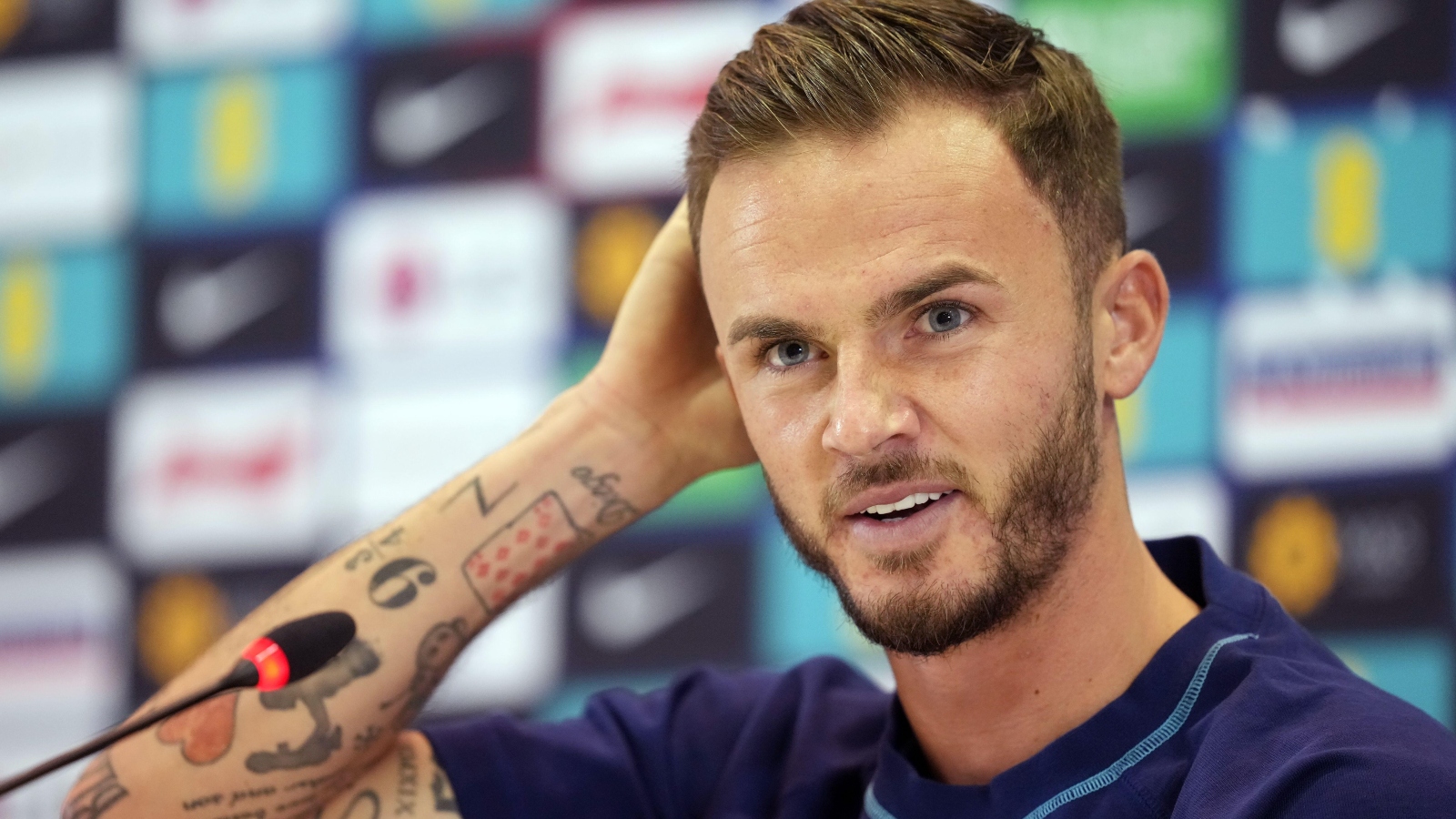 James Maddison appears to be a major doubt for England’s World Cup opener after missing training on the eve of the Iran clash.

Gareth Southgate’s side kick-off Group B at the Khalifa International Stadium on Monday.

Maddison was the only player absent from training at England’s Al Wakrah Sports Complex base on Sunday afternoon.

The 25-year-old missed the Three Lions’ previous two open training sessions on Thursday and Friday due to what the Football Association called load management.

Maddison went off in the first half of Leicester’s win against West Ham last weekend with a knee complaint but said scans on the issue were fine.

“It’s OK,” Maddison said on Wednesday. “We had a scan the day before we met up.

“It was a positive scan. It wasn’t any major problems. I have to do a bit of work to get up to speed with the physios here but it should be no concern.”

Asked if the issue will impact his tournament, Maddison said: “I hope not, no.

“We’ve got to tick a few boxes with the physio team, there might be a bit of separate work, extra work to make sure it’s right and not a problem because I want to be fully, 100 per cent if called upon. I’m hopeful I will be fine.”

England’s remaining 25 players trained, including Kyle Walker and Kalvin Phillips as they work their way back to full fitness.

READ MORE: Five Gareth Southgate calls for Iran that England fans are guaranteed to moan about